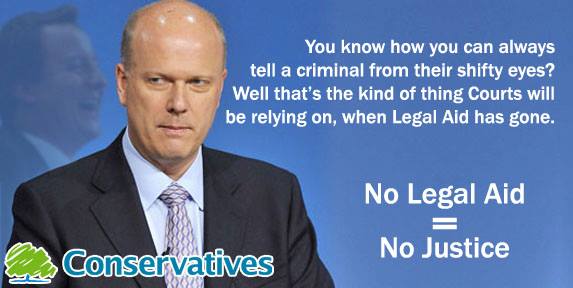 “Ministers keep using the mantra that their proposals are to protect the most vulnerable when, quite obviously, they are the exact opposite. If implemented their measures would, far from protecting the most vulnerable, directly harm them. Whatever they do in the end, Her Majesty’s Government should stop this 1984 Orwellian-type misuse of language.”  – Lord Bach, discussing the Legal Aid Bill.

The Legal Aid and Advice Act 1949 was a British Act of Parliament which extended the welfare state to ensure that those unable to pay for a solicitor were able to access free legal help. It was designed and implemented to allow poor and vulnerable people to have a genuine access to justice, and was a key part of our post war settlement.

Massive funding reductions, implemented through the contested and controversial Legal Aid, Sentencing and Punishment of Offenders Act 2012, (LAPSO) removed in one fell swoop public funding for huge and crucial areas of civil work – including welfare benefits, debt, immigration, domestic violence, clinical negligence, employment rights and most housing. What this means in basic terms is the poor have no access to justice, and at a time when government is relentlessly encroaching on poor people’s freedoms and rights.

The Legal Aid Bill has been cumulatively devastating to the provision of legal services and is a savage attack on one of our fundamental constitutional principles – it seriously undermines the rule of law.  The government is ensuring that those affected the most by their draconian policies are unable to challenge government decisions. It’s now very difficult to get advice and representation, and judicial reviews are being stifled as a consequence. Yet the number of judicial reviews involving government departments has almost doubled since 2010, the government has revealed. It’s increased by 92%.

The figures were revealed in the same week that the House of Lords thwarted the government’s attempt to restrict judicial review. In particular, peers voted down Ministry of Justice attempts to create a presumption that those who apply to the court to intervene in a judicial review case should have to pay their own costs. Cameron has made it clear that he regards judicial reviews, audits, consultations, impact assessments and other democratic mechanisms that ensure government transparency, accountability, and serve as safeguards of our human rights, as “barriers to getting things done.”

Cameron has confirmed that he wants civil servants to stop conducting routine equality impact assessments for legislation, which assess the likely effect of new policies on women, disabled people and people from ethnic minorities, and to end cumbersome 12-week public consultations that delayed ministers from pressing ahead with their plans. He said that such safeguards to the rights of protected groups are  “bureaucratic rubbish”.

The legal aid “reform” was introduced at a time when the Government have implemented other radical, controversial and contentious cuts to health, education and welfare, and it is no coincidence that the legal aid Bill will curtail justice for those with legitimate needs at a time when draconian Tory policies such as the bedroom tax will most likely result in a massive increase of numbers of people needing and seeking justice and redress.

This will mean the compounding of effects of other fundamental  human rights breaches, legally unchecked, because of the profound impact of multiple, grossly unfair and unjust Tory-led policies. Each policy hitting the same vulnerable citizens, to their detriment, over and over.

As a former barrister at Tooks chambers, Emily Thornberry MP has condemned the closure of the “exceptional set”: “We were the chambers of the Guildford Four, the Birmingham Six, the Lawrence family… and we have closed because of the legal aid cuts. But this isn’t just about lawyers. The legal aid system has to begin with the vulnerable; ensuring people get a voice and access to justice, and ensuring that our legal system contains the checks and balances that we need in a democratic society.”

Thornberry, speaking last year to a packed conference in a Brighton, criticised the government for the ideological nature of the cuts it has introduced – and in particular, the attack on judicial review. She said:

The legal aid bill was defeated 14 times in the House of Lords and ultimately passed after a tied vote. Services and individuals feeling the impact are currently giving evidence to the House of Commons justice committee. The Equality and Human Rights Commission had warned in 2012 that: reducing the scope of legal aid in a number of areas in civil and family law will create serious practical barriers to access to justice, potentially in breach of Article 6(1) of the European Convention on Human Rights (ECHR).

This is a government that clearly cares nothing for being held accountable for its actions, for public scrutiny and critical debate, and for justice and human rights. In fact since 2010, they have steadily eroded all of these crucial safeguards and democratic criteria through the implementation of policies that are extremely authoritarian and discriminatory.

It’s very dangerous to allow the State to decide which cases constitute the most need. In a free, democratic and fair Society, each and every single individual has equal legal worth and entitlement to opportunity to bring about legal justice. The Government choosing which cases are most “worthwhile” undermines this very premise of legal equality which is so fundamental to the notion of liberty.  Everybody has a right to take any grievances they have, which have invoked legal ramifications, to court. Everybody ought to have an absolute, inalienable right to free and fair trial in a so-called free, democratic country.

Such profoundly unjust legislated inequality is not something we expect to see in a country which was once a beacon of Western liberty. The State must fund the means of contract enforcement and free and fair trial legal costs, for those who cannot afford it.

If the State fails to fulfil this contingent function, then we simply cease to be free. 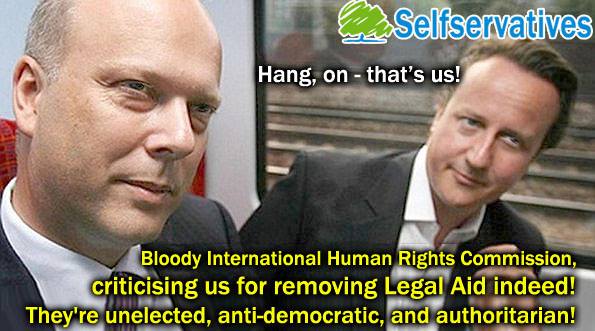 5 thoughts on “Access to justice is the foundation of democracy”