Figures released today show that between December 2011 to February 2014, 4,010 people died after being told they were fit for work, following a Work Capability Assessment (WCA). 40,680 died within a year of undergoing the WCA, making a bleak mockery of any claim that the WCA is a real and valid “assessment” of any kind. Or that our welfare system is “supportive” to those in most need, in any real or meaningful sense. Those people were clearly not at all “fit for work”.

Of the total figure, the Department for Work and Pensions (DWP) has revealed that 1,360 died after losing an appeal against the DWP decision that they were “fit for work”.

The statistical release actually tells us very little and makes inferences regarding causes of deaths almost impossible, as well as presenting data in a way that makes useful comparisons impossible. This is of course intentional.

The Government release does show that more than 80 people a month are dying after being declared “fit for work”.  2,380 people died between December 2011 and February 2014 shortly after being judged “fit for work” and after having their claim for ESA turned down.  7,200 claimants died after being awarded ESA and being placed in the work-related activity group (WRAG), which is an ESA group category comprised of people whom the government had judged were able to work towards getting back into work over time.

The figures have only been released after the Information Commission overruled a Government decision to block the statistics being made public.

Since November 2012, many campaigners, including myself, have been asking the Government to release the figures of people who died after being told they were fit for work. As Chi Onwurah, Labour MP for Newcastle, said earlier this year:

“When bad decisions are made I know they can have a life-destroying impact on vulnerable people. So it makes sense for the Government to share that data.”

The DWP originally published statistics in July 2012 after several of us submitted Freedom of Information requests (FOIs) for mortality rates related to the WCA. The released statistics indicated that 10,600 people had died between January and November 2011 who had been claiming Employment Support Allowance (ESA), and where the date of death was within six weeks of the claim ending.

The DWP publication caused huge controversy, although many people disagreed over what the figures actually showed. Ministers subsequently blocked publication of any updated figures.

However, there is a very substantial and significant statistical variation over a comparatively similar time scale (although the 10,600 deaths actually happened over a shorter time scale – by 3 months) that appears to be correlated with the type of benefit and, therefore, the differing eligibility criteria – the assessment process itself – as both population samples of claimants on ESA and IB contain little variation regarding the distribution in the cohorts in terms of severity of illness or disability.

Bearing in mind that those who were successfully migrated to ESA from IB were assessed and deemed unfit for work, (under a different assessment process, originally) one would expect that the death rates would be similar to those who have only ever claimed ESA.

This is very clearly not the case. And we know that the ESA assessment process has actually excluded many seriously ill people from entitlement because of the media coverage of individual tragic cases, when a person deemed fit for work by Atos has died soon after the withdrawal of their lifeline benefit, and of course, such accounts of constituents’ experiences and case studies, as evidence, informs Parliamentary debate, as well as the ongoing Work and Pension Committee inquiry into ESA, details of which may be found on the Hansard parliamentary record.

The official watchdog ordered the Government to release further information about how many people have died after going through the WCA which had resulted in a decision that they were fit for work, since the last publication in 2012.

The ruling was made after an appeal by Mike Sivier, a fellow campaigner, freelance journalist and carer that runs the Vox Political blog, who has himself been pushing for the figures to be published since the summer of 2013.

TUC General Secretary Frances O’Grady has also called for an urgent enquiry into the figures, and said:

“We urgently need an enquiry into the government’s back-to-work regime. These disturbing findings cannot be swept under the carpet.

The fact that more than 80 people are dying each month shortly after being declared ‘fit for work’ should concern us all. These deaths relate to just one benefit – Employment Support Allowance (ESA).

We need a welfare system that supports people to find decent jobs not one that causes stress and ill health.”

The figures show that of the 4,010 who died after being told they were “fit for work”, 3,720 were in receipt of ESA, while 290 were on either Incapacity Benefit or its replacement, Severe Disablement Allowance.

The DWP were keen to stress throughout its “Mortality Statistics” report that: “Any causal effect between benefits and mortality cannot be assumed from these statistics.”

However, it cannot and must not be assumed that there is no causal effect either, and I’ve argued at length that in fact evidence shows there IS a clear statistical correlation between the controversial Work Capability Assessment, the withdrawal of benefits and increased mortality.

I’ve argued many times that the correlation warrants further investigation into the causes of the statistically significant increase in mortality rates of those on Employment Support Allowance. Sometimes correlation implies causality. The Government have continued to flatly deny that correlation, claiming it was based on “anecdotal” evidence.

Priceless comment from a Government that values the use of fake statistics to justify punitive, cruel “reforms” to our Social Security.

It’s inconceivable that the Government did not know in advance that cutting sick and disabled people’s lifeline support would cause them harm. It’s not exactly difficult to grasp that if you impose situations of a lot of stress and strain on very ill people, by, for example, imposing a constant revolving door of assessment, appeal and re-assessment on them, perpetually invalidating their experiences of being extremely ill, and then demanding that they find a job when they are incapable of coping and too ill to work, and withdrawing their LIFELINE benefits, that these people are likely to suffer severe exacerbations of their illness and may die prematurely.

Arguing that this group of people are seriously ill and may die anyway is NOT a reason to deny any association between policies and and increase in mortality rates.

The increase in screaming “scrounger” headlines, scapegoating and propaganda-styled justification narratives in the tabloids that precedes each of the Tory Government’s punitive policies is another indication that Ministers know in advance that those policies are potentially damaging and detrimental to the vulnerable people they are aimed at.

The deliberate delay in the publication of the mortality figures is not only a disgrace for a so-called democratic Government that promised more “transparency and accountability” when it first took office, it also indicates that the Government had some awareness of the likely impact of their “reforms” to disability benefits. Hence the persistent refusal to carry out a cumulative impact assessment and the continued refusal to undertake an investigation into the causes of the increase in deaths, along with keeping the mortality figures from public scrutiny.

This suggests a Government withholding the evidence of policies that they knew in advance are likely to be detrimental to those they are aimed at, and also, of attempting to avoid justified criticism and to silence those of us the policies are likely to harm.

Had the Government been certain that there is no connection between their policies and harm, distress and an increased risk of mortality, I am certain that both an independent inquiry and a cumulative impact assessment would have happened by now.  As it is, when we raise our legitimate concerns about the impact of policies on some of the most vulnerable citizens, we are met with techniques of neutralisation, including accusations of ‘scaremongering’.

It’s time this authoritarian strategy was replaced with an evidenced-based, democratic approach to address these pressing issues. To date, it is the Government that has presented anecdotal evidence and treated the established correlation between their policies and increased harm to citizens as trivial and politically inconvenient. It’s also telling that Conservative ministers have consistently refused to meet with the disabled community.

With no democratic dialogue established, it’s easier for the Government to edit and invalidate citizens’ accounts of their lived experiences, imposing and presenting their own version of events instead.

Meanwhile, the Work Capability Assessment needs to be scrapped.

ESA ‘Revolving Door’ Process, and its Correlation with a Significant Increase in Deaths amongst Sick and Disabled People

What you need to know about Atos assessments

A distillation of thoughts on Tory policies aimed at the vulnerable 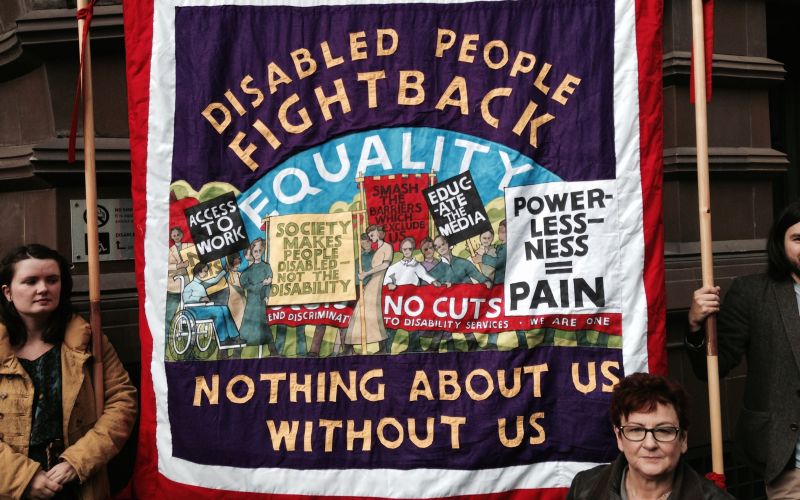 I don’t make any money from my work. I am disabled because of illness and have very limited to funds to live on. But you can support Politics and Insights and contribute by making a donation which will help me continue to research and write informative, insightful and independent articles, and to provide support to others. The smallest amount is much appreciated, and helps to keep my articles free and accessible to all – thank you.

63 thoughts on “Government Finally Reveals That More Than 4,000 Died Within Six Weeks Of Being Deemed ‘Fit For Work’”