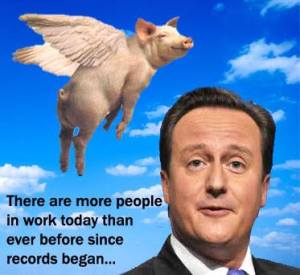 The Government’s Work Programme is making the lives of people with mental health problems worse, and having a detrimental impact on people’s ability to work, research by a leading mental health charity has found.

A report from Mind said the flagship scheme, which requires people to take unpaid work allocated by contractors or face losing their lifeline benefits, was taking entirely the wrong approach and actually damaging people’s motivation and capacity to work.

The research found that most people who are on the scheme because of their mental health problems reported worsening health issues due to their experiences of it.

83 per cent of people surveyed said the scheme’s “support” had made their mental health problems worse or much worse.

The latest statistics from the Department for Work and Pensions (DWP) reveal that less than 8 per cent of people being supported by Employment and Support Allowance (ESA) have moved into employment through the Work Programme. Around half of people on ESA are being supported primarily because of their mental health problems.

“These latest figures provide further evidence that the overwhelming majority of people with disabilities and mental health problems are not being helped by the Government’s flagship back-to-work support scheme. A recent report from Mind found that people with mental health problems are less likely to be supported into employment through the Work Programme than those with other health conditions and are more likely to have their benefits sanctioned.”

Even more worryingly, the majority of respondents to our survey said the Work Programme was actually making their health worse, and as a result they had needed more support from health services and felt further from work than previously. Mind is calling for everyone with a mental health problem who is receiving mainstream support through this scheme to be placed onto a new scheme and offered more personalised, specialist support which acknowledges and addresses the challenges people face in getting and keeping a job.”

Additionally, over three quarters of people – 76 per cent – said the Work Programme had actually made them feel less able to work than before they were coerced to participate in the scheme.

The results resonate with figures released in a number of previous years suggesting that people on the Work Programme are actually far less likely to return to work than people who are simply left to their own initiative.

In the first year of the £450 million programme, just two out of 100 people on the scheme returned to work for more than six months.

In 2013 Labour’s then shadow work and pensions secretary Liam Byrne described the scheme as “literally worse than doing nothing”.

“Cutting someone’s support for failing to meet certain requirements causes not just financial problems but a great deal of psychological distress too.

Mind was one of a group of six mental health organisations to respond to a Work and Pensions Committee Welfare to Work inquiry within which we voiced concerns with the system and made a number of recommendations for improving benefits and back-to-work support. A number of schemes deliver far more effective support to people with mental health problems, at a fraction of the cost of the Work Programme.

WorkPlace Leeds, for example, delivered by Leeds Mind, costs much less than the Work Programme and achieves far better outcomes, with nearly a third (32 per cent) of people with severe and enduring mental health problems gaining paid employment. Schemes such as these are far more helpful and effective in supporting those ready and able to work into fulfilling, appropriate paid employment, relevant to their individual skills and ambitions.

We wholeheartedly support the Government’s aspiration to halve the disability employment gap by helping a million more disabled people into work. However, this will only happen if bold changes are made. As the Welfare Reform and Work Bill makes its way through Parliament, Mind is calling on Employment Minister Priti Patel to overhaul the benefits system, by focusing less on pressurising people and investing more in tailored, personalised support. We’re calling for everyone with mental health problems on the Work Programme to be taken out of this scheme, and instead given alternative support which acknowledges and addresses the challenges they face in getting and keeping a job.”

There are perverse political incentives for pushing people onto workfare programmes. The DWP has simplified its performance measures and now primarily targets the move by claimants away from benefits, or “off-flow”, as a simple and intuitive measure of performance. However, this gives no information about how individual jobcentres perform in supporting claimants to work. Some may have found work but, in more than 40 per cent of cases, the reason for moving off benefits is not actually recorded.

The government does not track or follow up the destination of all those leaving the benefit system, and so the off-flow figures will inevitably include many having their claim ended for reasons other than securing employment, including sanctions, awaiting mandatory review, appeal, death, hospitalisation, imprisonment, on a government “training scheme” (see consent.me.uk  and the Telegraph – those on workfare are counted as employed by the Labour Force Survey, which informs government “employment” statistics.)

Workfare programmes offer further opportunity for imposing sanctions, too. Last year, Iain Duncan Smith met a whistle-blower who has worked for his Department for Work and Pensions for more than 20 years. Giving the Secretary of State a dossier of evidence, the former Jobcentre Plus adviser told him of the development of a “brutal and bullying” culture of “setting claimants up to fail”.

“The pressure to sanction customers was constant,” he said. “It led to people being stitched-up on a daily basis.”

The whistle-blower wished to remain anonymous but gave his details to Iain Duncan Smith, DWP minister Esther McVey and Neil Couling, Head of Jobcentre Plus, who also attended the meeting.

“We were constantly told ‘agitate the customer’ and that ‘any engagement with the customer is an opportunity to ­sanction’,”  he told them.

Iain Duncan Smith and his department have repeatedly denied there are targets for sanctions.

“They don’t always call them targets, they call them ‘expectations’ that you will refer people’s benefits to the decision maker,”  the whistle-blower says. “It’s the same thing.”

He said that managers fraudulently altered claimants’ records, adding: “Managers would change people’s appointments without telling them. The appointment wouldn’t arrive in time in the post so they would miss it and have to be sanctioned. That’s fraud. The customer fails to attend. Their claim is closed. It’s called ‘off-flow’ – they come off the statistics. Unemployment has dropped. They are being stitched up.”

The Department of Work and Pensions no longer meets the needs of people requiring support to find work. Instead it serves only the requirements of an ideologically-driven, irrational and authoritarian government.

The Government are under fire for massaging employment statistics 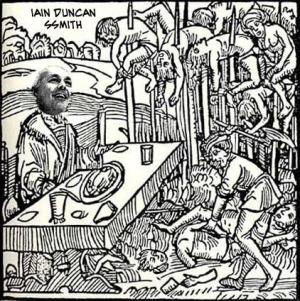