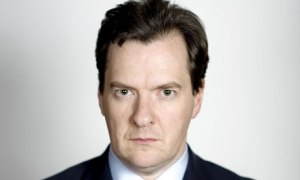 George Osborne and Iain Duncan Smith have clashed over the chancellor’s plans to soften the impact of tax credit cuts by raiding the budget for Universal Credit.

The Centre for Social Justice (CSJ), which was founded by Iain Duncan Smith, insists that the Chancellor could use this month’s Autumn Statement to ease the impact of the controversial changes without risking his drive for a budget surplus.

In a critical report, the thinktank warned against taking money from Duncan Smith’s flagship Universal Credit scheme to sweeten the tax credit pill. Duncan Smith said that he’s concerned that the raid will serve to “undermine people’s incentive to work.”

The CSJ said in their report that the UC reforms meant by 2020 only 9% of those currently getting tax credits would still be receiving them.

Instead, it was suggested that the Government could “help people to work more hours” or introduce a transitional fund for those hardest hit.

But Osborne is nonetheless preparing to fund plans to soften the impact of tax credit cuts by making people claiming Universal Credit forgo as much as 75p of every extra pound they earn. At present Universal Credit recipients lose 65p for every extra pound they earn. Osborne is thought to be examining plans to increase the figure, known as the “taper”, to 75p.

The most expensive course of action would be to only impose the tax credit cuts on new claimants – but the authors note that it would have the “least social and political cost”.

The chief executive of the Centre for Social Justice, Baroness Stroud, who is a former special adviser to the Work and Pensions Secretary said:

“There are no easy choices, but these are the options the Chancellor has. What he should not do is raid Universal Credit to pay for any transitional changes or he will be recreating the same problem there.

“Why have a surplus if we can’t protect those on the lowest pay, doing the right thing by taking work?

“The Chancellor can protect these workers and have a surplus by 2020.

“This Government is set to achieve its historic aim to make sure work always pays more than welfare, we shouldn’t put that at risk.”

Paul Johnson, the Director of the respected Institute for Fiscal Studies, questioned whether the move would raise enough to limit the impact of tax credits. He said: “If you are also increasing the taper rate then you are losing quite a lot of the key design of Universal Credit.”

Both the Treasury and the Deparment for Work and Pensions have declined to comment, but Conservative Tim Montgomerie, a columnist for The Times and founder of the Conservative Home website, said he believed George Osborne “could be forced to resign” over his tax credit omnishambles, and he warned that the chancellor faces a “massive rebellion” from his own party because the policy  is “terrible politics”.

Perhaps it is time for the Conservatives to recognise that policies are not an ideological tool designed to ensure the government gets its own way in exercising traditional Tory prejudices towards the working and non-working poor.

However, in fairness there has been a series of right-wing backbenchers that have aired their disquiet at the cuts, although that unease may have be motivated by a pragmatic rather than an any ethical objection. The proposed tax credit cuts do make a mockery of the Tory claims to ensuring that “work always pays,”and presents the public with an incoherent narrative that has now lost any credibilty. 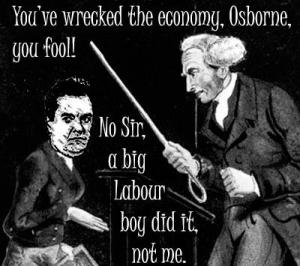