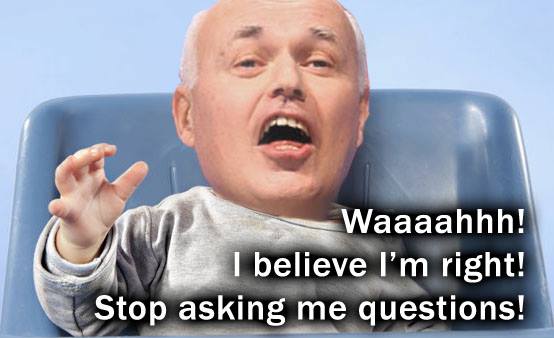 The Work and Pensions Select Committee has just published some letters between Frank Field, the chair, and Iain Duncan Smith, who responded to questions about the correlation between benefit assessments and suicide.

Mr Field had asked what data the Department for Work and Pensions collects on the deaths of benefit claimants.

The issue had been raised in a research report by Oxford University and Liverpool University entitled First Do No Harm, which I also reported on last year.

The letter addressed to Frank Field MP, features a barely legible hand-written footnote warning against listening to those “in the media and on social media” who “accuse the Government of outrageous actions.”

Duncan Smith writes in the footnote:

“There are some out there in the media and social media who have used [raw?] [ons ?- Office for National Statistics?] figures to accuse the govt of outrageous actions.

I would hope that the committee would not seek to follow suit. I [illegible] [note?] that having introduced ESA and the WLA, the Labour Party now seeks to attack it as though they had nothing to do with it.

Surely the committee should seek to recognise the good intent of those engaged in this difficult area.” 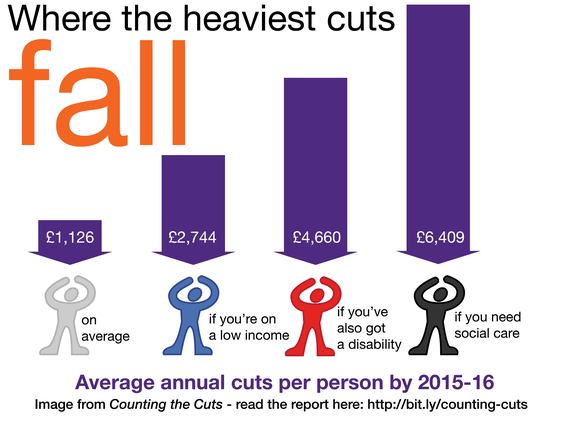 I would say that this blatant political discrimination constitutes an “outrageous action.” It’s difficult to recognise any “good intent” here, Mr Duncan Smith.

The correlation between the work capability assessment and suicide was established by academic researchers, not by journalists or social media commentators. We simply reported the findings.

Iain Duncan Smith will be accusing the United Nations (UN) of failing to see the government’s “good intent” when the inquiry into “grave and systematic violations” of the rights of disabled people in the UK concludes, next. Despite the fact that we are the first country to face such an inquiry, and given that the UN investigate only when there is evidence of grave and systematic violations of human rights, the prime minister has already dismissed the significance of the inquiry, ludicrously claiming “it may not be all it’s cracked up to be.”

It’s particularly noteworthy that when it comes to government claims, the same methodological rigour that they advocate for others isn’t applied. Indeed, many policies have clearly been directed by ideology and traditional Tory prejudices, rather than valid research and empirical evidence. The fact that no cumulative impact assessment has been carried out with regard to the welfare “reforms” indicates a government that is not interested in accountability, and examining the potential negative outcomes of policy-making. Policies are supposed to be about meeting public needs and not about inflicting Conservative dogma and old prejudices in the form of financial punishment on protected social groups.

As someone with a background in the social sciences, I have written extensive criticism of Iain Duncan Smith’s peculiar brand of epistemological and methodological fascism. He’s not exactly well known for his skill in statistical analysis, having been rebuked more than once for being notoriously conservative with the truth and numbers. Yet he feels compelled to dismiss the accounts of academics, campaigners, empirical evidence and the many qualitative accounts of those adversely impacted by his policies, in his vain attempt to exercise a stranglehold on his own peculiar brand of “truth.”

The goverment often claim that any research revealing negative social consequences arising from their draconian policies, which they don’t like to be made public “doesn’t establish a causal link.”  Recently there has been a persistent, aggressive and flat denial that there is any “causal link” between the increased use of food banks and increasing poverty, between benefit sanctions and extreme hardship and harm, between the work capability assessment and an increase in numbers of deaths and suicides, for example.

The government are referring to a scientific maxim: “Correlation doesn’t imply causality.”

The tobacco industry made exactly the same claim about the established link between lung cancer and smoking.

It’s true that correlation is not the same as causation.

It’s certainly true that no conclusion may be drawn regarding the existence or the direction of a cause and effect relationship only from the fact that event A and event B are correlated.

Determining whether there is an actual cause and effect relationship requires further investigation.

This is something the government has persistently refused to do. (Here’s a full critique of Conservative methods of “social research”. I sent Mr Duncan Smith a copy, along with some information about proper definitions and measurement of poverty, but he clearly hasn’t read either. Unless he has included those in his arrogant and dismissive horror of   criticisms on social media of course)

It is completely inaccurate to say that correlation doesn’t imply causation. It quite often does.

Here’s a final comment from a social media-based campaigner, analytical writer and a qualified social scientist who knows about statistical inference, causality and correlation and suchlike:

You can read the full letter here.