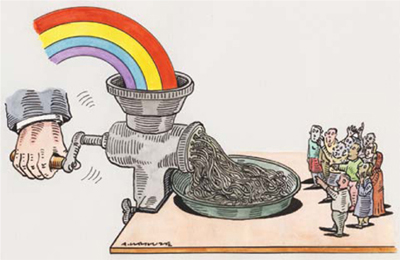 I’ve written more than one lengthy critique of Tory notions of what passes for “research” methods (so I’ll make this one relatively short), and often criticised Tory refusals to accept the research findings of academics regarding, for example, established links between the Work Capability Assessment, increased suicide and mortality, the link between sanctions and increased mortality. The Tory plea for the universal and unqualified dismissal of whatever they deem to be criticism of their policies is often based on the claim that “no causal link has been established.”

As I have pointed out on many occasions previously, whilst correlation certainly isn’t quite the same thing as cause and effect, it quite often strongly hints at a causal link, and as such, warrants further investigation.

It is therefore inaccurate to say that correlation doesn’t imply causation. It quite often does. The tobacco industry has historically relied on exactly the same dismissal of correlational evidence to reject any discussion of an established link between tobacco and lung cancer.

The standard process of research and investigation doesn’t entail, at any point, a flat political denial that there is any relationship of significance to concern ourselves with, nor does it involve a systematic and deliberate withholding of relevant data, attempts at censoring democratic dialogue, and a point blank refusal to investigate further. Furthermore, the government claims that there is “no evidence of a causal link ” is unverified. There is no evidence to support government claims that there isn’t such a link, either.

I’ve observed more than once that when it comes to government claims, the same methodological rigour that they advocate for others isn’t applied. Indeed, many policies have clearly been directed by ideology and traditional Tory prejudices, rather than being founded on valid research and empirical evidence.

The fact that no cumulative impact assessment has been carried out with regard to the welfare “reforms” indicates a government that is not interested in accountability, and examining the potential negative outcomes of policy-making. Policies are supposed to be about meeting public needs and not about inflicting Conservative dogma and old prejudices in the form of financial punishment on previously protected social groups. How on earth can taking lifeline income from people who are already poor ever cure poverty or unemployment?

Where is the causal link between work and improved health outcomes? One confounder there is the effect of the ideologically-driven Tory welfare cuts that massively reduce the quality of life for those who need to claim social security. It’s not “worklessness” but rather, it is Tory “reforms” and a refusal to accept that sometimes people cannot work that lead to poor health outcomes, and all too often, the somewhat traditional Conservative habit of refusing to listen to the public they are meant to serve democratically results in premature deaths.

And what about the discredited theories that stereotype the poor – as a diversionary and scapegoating convenience – like the “cycle of deprivation,” “cycle of dependency” made-up words and pre-loaded concepts such as “worklessness” and “workshy” presented as a fictitious medical condition or personality disorder, or the deliberately divisive “culture of entitlement”? There is NO empirical evidence that these categories exist as the Conservatives claim.

Sir Keith Joseph researched the “cycle of deprivation” theory extensively some years back and found NO evidence to support it, despite his dogmatic assertion of its existence. Again there are confounders. How do you separate the effects of policies and ideologically-driven political decision-making, subsequently discriminatory socio-economic conditions and of course, pure bad luck from people’s politically constructed “innate” traits or maliciously ascribed character “flaws”?

People exist in structural contexts, no amount of political pretending that they don’t will ever hide the fact that every single Conservative budget has taken money from the poorest citizens and our publicly funded services and gifted it to the wealthiest. It’s inconceivable that ministers don’t recognise that such policies create economic enclosure, perpetuate crass inequality and extend poverty.

Where is the causal link between welfare sanctions and people getting jobs? Or between the Work Capability Assessment and disabled people being “supported” or better off? Or between workfare and people finding appropriate, secure, quality jobs with fair wages that actually alleviates poverty?

Where is the causal link between privatisation and better, more “efficient” services? Not to be found in examples such as Atos, Maximus, G4S, A4E, Circle, Serco, City Link, and many more, that’s for sure. Private companies by and large make hefty profits by inflating prices, radically cutting jobs and the quality of services delivered (“efficiency”), whilst generating scandal after scandal.

As a vast social and economic experiment, privatisation has massively failed the British public, and has grotequely rewarded a handful of unscrupulous, greedy, wealthy people – grotesquely rewarded, grotesquely undertaxed – whilst ordinary people in the UK face spiralling living costs and the obscene, cruel limitations of austerity to prop up the fraternity of vulture neoliberals and perpetrators of a toxic rhetoric that attempts to justify decreasing public inclusion in a shrivelling economy.

From a government that has been rebuked many times for manufacturing and misusing statistics, making claims that are fictions, inventing testimonies regarding the fake impacts of their draconian policies, sneaking through controversial and undemocratic policies via statutory instruments because they KNOW that those policies won’t stand up to scrutiny, it’s remarkable that any member of the Conservative party have the cheek to claim “no causal link has been established” when confronted with empirical evidence and strong correlational links from meticulous academic research.

The inherent contradictions of Conservative discourse and the construction of ideological mythologies that are translated into stigmatising mechanisms and anti-humanist policies are seen at their most stark in Conservative anti-welfarism, and themes of social Darwinism.

Neoliberal mythologies are manifested in a narrative of meritocracy and in extended in notions of “deserving and “undeserving”, whilst rapidly expanding social inequalities and increasing poverty, and increasingly limited access to justice and remedy, reflect a broader political refusal to engage in democratic dialogue with the electorate and a dogmatic determination to pursue anti-progressive, neoliberal programmes, which empirical evidence informs us, are socially harmful and destructive. 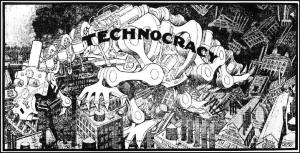