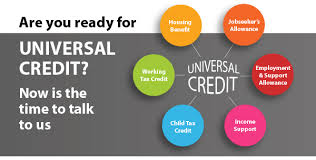 Following compelling evidence of the problems in the rollout of Universal Credit in its recent follow ups the Work and Pensions Committee has re-launched its inquiry and is accepting written submissions.

However, the inquiry was relaunched last month, on 21 February, and the deadline for written submissions is Monday 20 March 2017.

You can submit your views through the Universal Credit inquiry page.

The Committee invites written submissions addressing one or more of the following points:

“Huge delays in people receiving payments from Universal Credit have resulted in claimants falling into debt and rent arrears, caused health problems and led to many having to rely on food banks. It is bad enough that UC has a built-in six-week wait between someone applying and them receiving their first payment, but we have heard that many have to wait much longer than this. The adverse impact on claimants, local authorities, landlords and charities is entirely disproportionate to the small numbers currently claiming UC, yet Lord Freud has told us he thinks it will take decades to optimise the system. We have therefore felt compelled to investigate UC yet again. We will examine what its impact is on claimants and those local bodies which deal with them, and what Government needs to do to ease the pressure on those worst affected.”