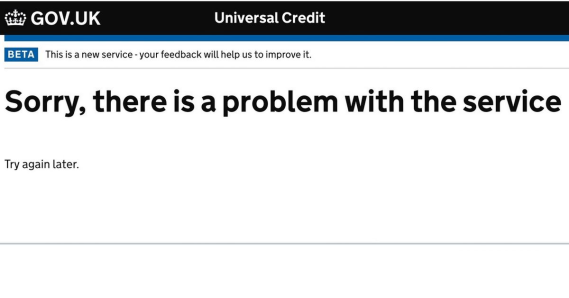 Recent research has verified that Conservative welfare policies are damaging, yet the government simply denies this is the case.

New research conducted for Gateshead council highlights that Universal Credit, another cruel and harmful policy, is detrimental to peoples’ mental health, because it increases depression and anxiety.

Public health researchers say that Universal credit has become a serious threat to public health after the study revealed that the stress of coping with the new benefits system had so profoundly affected peoples’ mental health that some considered suicide.

The researchers found overwhelmingly negative experiences among vulnerable citizens claiming Universal Credit, including high levels of anxiety and depression, as well as physical problems and social isolation, all of which was exacerbated by hunger and destitution.

The Gateshead study comes as the United Nation’s special rapporteur on extreme poverty and human rights, Philip Alston, prepares to publish a report of the impact of Conservative austerity in the UK. Alston has been collecting evidence and testimonies on the effects of the welfare reforms, council funding cuts, and Universal Credit during a two-week visit of the UK.

This research is highly likely to raise fresh calls for the system’s rollout to be halted, or at the very least, paused to attempt to fix the fundamental design flaws and ensure adequate protections are in place for the most vulnerable people claiming it.

Approximately 750,000 chronically ill and disabled claimants are expected to transfer on to Universal Credit from 2019. Yet earlier this year, the first legal challenge against Universal Credit found that the government unlawfully discriminated against two men with severe disabilities who were required to claim the new benefit after moving into new local authority areas. Both saw their benefits dramatically reduced when they moved to a different Local Authority and were required to claim Universal Credit instead of Employment and Support Allowance.

The study findings are yet another indication of how unfit for purpose Universal Credit is. Six of the participants in the study reported that claiming Universal Credit had made them so depressed that they considered taking their own lives. The lead researcher, Mandy Cheetham, said the participant interviews were so distressing she undertook a suicide prevention course midway through the study.

The report says: “Universal Credit is not only failing to achieve its stated aim of moving people into employment, it is punishing people to such an extent that the mental health and wellbeing of claimants, their families and of [support] staff is being undermined.”

One participant told the researchers: “When you feel like ‘I can’t feed myself, I can’t pay my electric bill, I can’t pay my rent,’ well, all you can feel is the world collapsing around you. It does a lot of damage, physically and mentally … there were points where I did think about ending my life.”

An armed forces veteran said that helplessness and despair over Universal Credit had triggered insomnia and depression, for which he was taking medication. “Universal Credit was the straw that broke the camel’s back. It really did sort of drag me to a low position where I don’t want to be sort of thrown into again.”

Unsurprisingly, the report concludes that Universal Credit is actively creating poverty and destitution, and says it is not fit for purpose for many people with disabilities, mental illness or chronic health conditions. It calls for a radical overhaul of the system before the next phase of its rollout next year.

Alice Wiseman, the director of public health at Gateshead council, which commissioned the study, said: “I consider Universal Credit, in the context of wider austerity, as a threat to the public’s health.” She said many of her public health colleagues around the country shared her concerns.

Wiseman said that Universal Credit is “seriously undermining” efforts to prevent ill-health in one of the UK’s most deprived areas.

She added “This is not political, this is about the lives of vulnerable people in Gateshead. They are a group that should be protected but they haven’t been.”

The qualitative study of 33 people claiming Universal Credit and 37 welfare advice staff was carried out by Teesside and Newcastle university academics between April and October. It focused on those claimants with disabilities, mental illness and long-term health conditions, as well as homeless people, veterans and care leavers.

The respondents found that compared to the legacy benefits, Universal Credit is less accessible, remote, inflexible, demeaning and intrusive. It was less sensitive to claimants’ health and personal circumstances, the researchers said. This heightened peoples’ anxiety, sense of shame, guilt, and feelings of loss of dignity and control.

The Universal Credit system itself was described by those claiming it as dysfunctional and prone to administrative error. People experienced the system as “hostile, punitive and difficult to navigate,” and struggled to cope with payment delays that left them in debt, unable to eat regularly, and reliant on food banks.

The government claimed that people making a new claim are expected to wait five weeks for a first payment. That’s a long time to wait with no money for basic living requirements. However, the average wait for participants on the study was seven and a half weeks, with some waiting as long as three months. Researchers were told of respondents who were so desperate and broke they turned to begging or shoplifting.

Wiseman made a point that many campaigners have made, and said that alongside the human costs, universal credit was placing extra burdens on NHS and social care, as well as charities such as food banks. It also affected the wellbeing of advice staff, who reported high stress levels and burnout from dealing with the fallout on those claiming the benefit.

Guy Pilkington, a GP in Newcastle said that the benefits system had always been tough, but under Universal Credit, those claiming faced a higher risk of destitution.

“For me the biggest [change] is the ease with which claimants can fall into a Victorian-style system that allows you to starve. That’s really shocking, and that’s new,” he said.

A spokesperson for the Department for Work and Pensions (DWP) said: “This survey of 33 claimants doesn’t match the broader experience of more than 9,000 people receiving Universal Credit in Gateshead, who are taking advantage of its flexibility and personalised support to find work.

“We have just announced a £4.5bn package of support so people can earn £1,000 more before their credit payment begins to be reduced, and we are providing an additional two weeks’ payments for people being moved from the old system.”

That will still leave people with nothing to live on or to cover their rent for at least three weeks. The study focused on those less likely to be able to work – people with disabilities, mental illness or chronic health conditions. The DWP failed to recognise that this group have different needs and experiences than the broader population, which leave them much more likely to become vulnerable when they cannot meet their needs.

Vulnerable people are suffering great harm and dying because of this government’s policies. It is not appropriate to attempt to compare those peoples’ experiences with some larger group who have not died or have not yet experienced those harms. Where is the empirical evidence of these claims, anyway? Where is the DWP’s study report?

Callousness and indifference to the suffering and needs of disadvantaged citizens – disadvantaged because of discriminatory policies – has become so normalised to this government that they no longer see or care how utterly repugnant and dangerous it is.

The DWP are not ‘providing’ anything. Social security is a publicly funded safety net, paid for by the public FOR the public. It’s a reasonable expectation that citizens, most of who have worked and contributed towards welfare provision, should be able to access a system of support when they experience difficulties – that is what social security was designed to provide, so that no one in the UK need to face absolute poverty. It’s supposed to be there so that everyone can meet their basic survival needs.

What people in their time of need find instead is a system that has been redesigned to administer punishments, shame and psychological abuse. What kind of government kicks people hard when they are already down?

Imagine what that level of state abuse does to a person psychologically.

Techniques of neutralisation and gaslighting

The government’s denial and indifference to the needs of others are part of a wider, deplorable gaslighting strategy, which strongly implies that the cruel and harmful policy consequences are actually intended and deliberately inflicted.

I once compared the relationship between marginalised social groups, such as the disabled community, and the state with being in an abusive relationship from which you cannot escape.

The Conservatives have persistently claimed, contrary to the ever-mounting evidence, that there is no ‘causal link’ between their punitive welfare policies and social harm, such as increases in premature deaths, suicides, distress, poverty, destitution, physiological and psychological harm.

The denials are grounded in techniques of neutralisation, aimed at discrediting citizens’ accounts of their own experience. Cruel and harmful policies are described as “support”, “help” and “incentivising behavioural change”, for example.

1) Denial of responsibility. (Saying repeatedly “There is no causal link established between policy and harm”, for example)

3) Blaming the victim. (Saying people are ‘scroungers’, ‘parked on benefits’, ‘cognitively biased’, part of a ‘something for nothing culture’, and “we need to ‘change their behaviours’,”for example)

4) Condemning the condemners. (Calling those who challenge the government ‘scaremongers’, or implying they are liars, for example)

5) Appealing to a higher loyalty. (The ‘tax payer’, the ‘national interest’, the economy, ‘the best interests of the individual’.

Within an abusive relationship, this kind of constant denial – gaslighting – blurs normative boundaries, and what we once deemed unacceptable somehow becomes an everyday event. But gaslighting is a strategy of abuse that is carefully calculated to discredit your account, and to manipulate you into doubting your own perceptions, accounts and experiences.

The government have normalised cruelty and have fostered an abusive relationship with some of the poorest citizens – those historically most vulnerable to political abuse. That abusive relationship reflects a profoundly authoritarian imbalance of power and traditional Conservative prejudice, contempt and malice towards the most systematically disadvantaged citizens.

Watch Sarah Newton use techniques of neutralisation to discredit the robustly evidenced account of the United Nations, opposition shadow ministers and ultimately, the accounts of the citizens who they represent – many of whom submitted evidence of the harm they have experienced because of government policy to the United Nations.

If you have experienced any of the issues discussed here, or if you are feeling low or distressed for any reason, please talk to someone. The Samaritans can be contacted on 116 123 or email jo@samaritans.org.

Update Philip Alston, the UN special rapporteur on extreme poverty and human rights, has published his report following his visit to the UK . In it, he also discusses a government ‘denial.’

He says: “The Government has remained determinedly in a state of denial. Even while devolved authorities in Scotland and Northern Ireland are frantically trying to devise ways to ‘mitigate’, or in other words counteract, at least the worst features of the Government’s benefits policy, Ministers insisted to me that all is well and running according to plan.

“Some tweaks to basic policy have reluctantly been made, but there has been a determined resistance to change in response to the many problems which so many people at all levels have brought to my attention.”

You can read the report in full here: https://www.ohchr.org/Documents/Issues/Poverty/EOM_GB_16Nov2018.pdf

I will write an analysis of the report in due course.