BBC and ITV only quoting the YouGov

The wide variation of poll results on how the the two leaders were viewed following the ITV debate last night, and how the media cherry pick statistics to fit their framing and narratives of significant issues and events.

It’s curious that neither the BBC nor the ITV mentioned the other poll results. That would have provided a rather more “impartial” and democratic account of how people responded to the event.

I think we need to question exactly who the BBC and ITV are delivering “the news” for.

The ‘snap poll’, published by YouGov that the BBC and several other media outlets have drawn on to inform their ‘analysis’ of the leaders’ debate, found ‘viewers split on who won ITV general election debate‘ and states that Boris Johnson narrowly won among 1.646 respondents polled. It was apparently Sky news who commissioned that particular poll.

However, the date and time on the page highlighting the poll result is one hour and ten minutes before the debate started at 8pm.

The page has been archived here – and the SKWAWKBOX has made a video of the open page to show that the image above has not been doctored and that the page address is genuine. Read the rest of the article here.

YouGov has been contacted with a request for an explanation of the apparent anomaly. It will be interesting to see the poll company’s response.

Polls are controversial. Some of the major concerns that surround the current polling landscape: Are the polls accurate and scientific? Reliable? Can the questions be manipulated to get a particular answer? Can polls be used to influence rather than simply measure public opinion and voting behaviour? I think the last two concerns are the greatest, and threaten our democracy.

The outcomes of both political and marketing polls — and whether or not the public trusts the results — are influenced by many factors, including polling technology and methodology, how the question is worded, the perception of who is asking the question, when and how the polling sample is drawn, and who agrees to take the poll (the responders) and who decides not to (the non-responders).

“Opinion polls are a device for influencing public opinion, not a device for measuring it. Crack that, and it all makes sense.”

Hitchens goes on to say that the establishment and the media are responsible for manipulation, based on the misuse of statistics. The overall purpose is to “bring about the thing it claims is already happening” (the “bandwaggon effect”).

In his book The Broken Compass, Hitchens cites contemporary examples of the media attacking Gordon Brown and the “predicted” win of the Conservative Party at the 2010 general election, although Hitchens also described Brown, as a “dismal Marxoid.”  Hitchens’ comments are based on his time as a reporter at Westminster. He says that political journalists are uninterested in serious political debate, and describes how a media reporting bias is attempting to facilitate a Tory general election win.

Remarkably, as a social Conservative, Hitchens states one of his motivations for writing the book was to frustrate this exercise.

The current obsession with predicting election results doesn’t add much to our democratic practices. Polls give an apparency of “data-driven journalism” but it produces a reductive “horse-race” narrative, in which political and policy context is mostly ignored with the numbers, accurate or not, pretty much being framed as all that matters. This trivialises our democracy and obscures the importance of critical thinking and crucially, stifles informed choices regarding policies in influencing the public’s voting decisions.

Roger Pielke Jr, professor of Technology Policy Research at the University of Colorado, says: Rather than trying to see the future, political science might serve us better by helping citizens to create that future by clarifying the choices we face and their possible consequences for policy.”

“In treating politics like a sporting event, we diminish the partisanship, the choices, and the fundamental values that lie at the core of politics. I fear that data journalists have diminished our politics.”

When political opinion polls and the media appear to support one political party over another, there can be little doubt that this is intended to have some influence on the psychology of voters, because it’s akin to declaring election winners before the election is actually held. It works rather like a self-fulfilling prophecy. This is based on the bandwaggon propaganda technique. The basic idea behind the bandwagon approach is to appeal to the conformist tendency of the public, and the need to feel a part of wider society; to feel included.  The message the propagandist puts forward is that “everyone” or “most people”are doing/voting/behaving like this, or that almost “everyone” supports this or that person/cause.

So bandwaggon propaganda is based on individuals rallying to the perceived majority opinion, because of a fairly widespread psychological need for feeling we are part of a social ingroup, and a general tendency towards normative compliance and social conformity.

And at a time when the strategically engineered and toxic social divisions of political outgrouping is widespread and affecting citizens’ fundamental sense of identity and self worth, this type of insidious call for a normative compliance and artificial consensus creates a false sense of security for some.

Bandwaggon techniques work much better when the public is unaware that professional manipulators are at work.

We know that political opinion polls are certainly not always an accurate reflection of public opinion. Samples of the population selected to participate may be biased. For example, asking Daily Mail readers who they will vote for will almost certainly produce a majority right wing set of responses. However, if you ask the same question on Twitter, you are much more likely to get a Labour majority.

In the UK, some of the major polls cited widely in the media are run by:

The bandwagon effect is part of a larger group of cognitive biases or errors in thinking that influence the judgements and decisions that people make. Cognitive biases are often designed to help people think and reason more quickly – “mental shortcuts” – but they often introduce miscalculations and mistakes. These cognitive biases are being manipulated by behavioural economists, the government, polling companies and the media.

Individuals may highly influenced by the pressure and norms exerted by groups. When it seems like the majority of the group is doing a certain thing, not doing that thing becomes increasingly difficult. The bandwagon effect is essentially the manipulation of a type of groupthink process.  The government know this and are designing communications strategies which play to this heuristic.

All of the polling  companies are commissioned and operate within a taken-for-granted neoliberal context, supporting various actors within the “global market place” paradigm, including governments, and therefore have a distinct ideological leaning and very clearly defined economic interests in maintaining the status quo.

“Behavioural economics shows that people don’t want to challenge the status quo. So if we see a poll telling us ‘what the majority thinks’, we will have a tendency to follow the herd.” Crawford Hollingworth, founder, The Behavioural Architects. 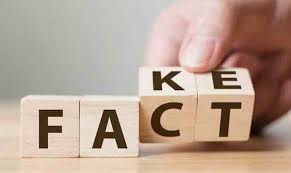 I don’t make any money from my work. My site costs me to run. But you can contribute if you like by making a donation and help me continue to research and write free, informative, insightful and independent articles, and to continue to provide support to others who are going through traumatic social security disability assessments and appeals. The smallest amount is much appreciated – thank you.