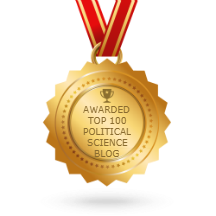 I’m ranked at number 8. I was delighted to find myself there.

A little about me and my aims

We each have equal worth

I’m a political activist with a strong interest in human rights, equality and socioeconomic and public policy. I’m also a strongly principled anarcho-socialist. Much of my campaign work is in support of people with disability. I am also disabled: I have an autoimmune illness called lupus, with a sometimes life-threatening complication – a bleeding disorder called thrombocytopenia.

Before I became ill, I worked with vulnerable young people in the community, and supported those experiencing mental health problems in particular. I became too ill to work in 2010, and miss my work very much. I have witnessed the stealthy, savage demolition of our social services provision, mental health and youth and community services under the Tory-led government since 2010. Michael Gove quietly repealed Labour’s Every Child Matters legislation the day after this government were elected. It was the most comprehensive child protection and welfare policy we have ever had, now it’s gone.

Social psychologist Abraham Maslow was right about the necessity of meeting our basic needs before we can fulfil our higher level psychosocial ones; his insights into human motivation were spot on. It’s impossible to achieve and fulfil our potential if we cannot meet our most fundamental survival needs adequately. It’s a pity that our own government in the UK lack this fundamental insight.

Over the last seven years we have seen the rise of coercive welfare policies and psycho-compulsion being embedded at the heart of social security. Sanctions are creating impossible situations for people who can no longer manage to meet their basic survival needs, and we have witnessed the return of absolute poverty in the UK over the last few years – something the welfare state was designed to alleviate, and did so until recently. Now welfare has become a means of administering punishment on citizens who are poor.

We are the 6th wealthiest nation in the world, and we have people both in work and out queuing at food banks. What is the point of a socioeconomic mode of organisation – in this case, neoliberalism – if citizens can’t afford to eat and meet their other basic survival needs?

We are a first world liberal democracy, yet the Conservative’s socioeconomic policies have redistributed and privatised public wealth, benefiting only a minority of wealthy people, while our public services crumble and support for the poorest citizens is cut to the bone. So it’s not an inclusive democracy, then.

Our post-war settlement is being dismantled with stealth and dispatch – the welfare state, the NHS, legal aid and social housing – each of these historic social gains formed the basis of civilising institutions that have democratised and civilised our society.  We are regressing, we have a government that no longer observes its commitment to human rights frameworks in its legislative process and policy formulation.

With the hierarchical ranking in terms of “deserving” and “undeserving” poor, the  imposed ideological neoliberal framework of competitive individualism, and its strong theme of previously discredited Social Darwinism, requires an authoritarian administration, as Pinochet’s regime demonstrated only too well. The Tory rhetoric of division and politics of spite – where some people’s worth matters more than others, and social groups are pitted against one another to compete for resources – is entrenched in media and public narratives, which raises a question: how do we, as witnesses and conscientious campaigners, help the wider public see that there are no divisions based on some moral measurement, or “character-type”: there are simply people struggling and suffering in poverty, people who are being purposefully stigmatised and dehumanised by a manipulative, callous, vindictive Tory government that believes, and always has, that the only token of our human worth is wealth?

Governments and other parties on the right have a terrible tradition of scapegoating those who have the least power and are least able to fight back. The government is blaming marginalised citizens for all of the shortcomings and consequences of right-wing policies.

The media have been complicit in this process, creating scapegoats, folk devils, moral outrage: defining others and claiming they are responsible for the consequences of  a global banking crisis and Tory-led policies, yet these previously protected social groups, who are responsible for neither, are being politically outgrouped, and are now the targeted casualties of those policies.

I have set up and administrate support groups for ill and disabled people – those going through the new Kafkaesque disability benefits process, and provide support for many people being adversely affected by the terrible, cruel and distressing consequences of the Governments’ draconian “reforms”. In such bleak times, we tend to find that the only thing we really have of value is each other. It’s always worth remembering that none of us are alone.

I’m someone who has has first hand experience of the work capability assessment process and subsequent appeal. I’m a fairly robust kind of person, mentally,  but the situation I found myself in led to a significant and damaging exacerbation of my chronic health condition. My illness is progressive. Exacerbations hasten the progression of  autoimmune damage to my joints, tendons, nerves, organs and blood cells.

I was already seriously ill. The government’s cost cutting assessment process is extremely stressful and going through it made things much worse.

I do what I can to share what I have learned myself, to help and support others going through the absolutely dehumanising and undignified processes.

I don’t write because I enjoy it: most of the topics I post are depressing to research, and there’s an element of constantly having to face and reflect the relentlessly advancing “worsts” of current sociopolitical events. Seems that every month we reach a new low.

Nor do I get paid for articles. I’m not remotely famous. I’m an ordinary, struggling working-class disabled person, who went to university, and so can manage a degree of critical thinking, insight and analysis.

I am accurate, insightful and reflective, I can research, review and analyse. I have a formal academic education that’s grounded in the social sciences, my particular interests are sociology and social psychology. I also studied social policy, politics, history and philosophy of science and have a basic grasp of economics and law. I aim to make the theoretical frameworks and key concepts of those disciplines as accessible as I can to a broad audience.

I also aim to engage other relevant organisations, such as the United Nations, regularly sending evidence of policies that show a government who don’t observe our human rights obligations, and evidence: qualitative accounts of our collective experiences. I lobby opposition MPs regarding policy, too.

But mostly, I write because I feel I must. To reflect what is happening, and to try and raise public awareness of the dire impact of Tory policies, the grim realities that many are facing, and the consequences of Tory ideology, especially on some of the most vulnerable and poorest citizens. Because we all need this to change, regardless of whether or not you are currently affected by cuts, the persecution and harm currently being inflicted on others taints us all as a society.

I feel that the mainstream media has become increasingly unreliable over the past five years, reflecting a triumph of the dominant narrative of  authoritarianism, ultra social conservatism and neoliberalism. We certainly need to challenge this, to expand and re-frame the presented, much-reduced debates. The media tend to set the agenda and establish priorities, which often divert us from much more pressing social issues.

Independent bloggers have a role as witnesses; recording events and experiences, gathering evidence, insights and truths that are accessible to as many people and organisations as possible. We have an undemocratic media and a government that reflect the interests of a minority – the wealthy and powerful 1%. We must constantly challenge that. Authoritarian Governments arise and flourish when a population disengages from political processes, and becomes disillusioned, passive or conformist because they are alienated from fundamental decision-making.

I’m not a writer that aims at being popular or one that seeks agreement from an audience. But I do hope that my work finds resonance with people reading it. I’ve been labelled “controversial” on more than one occasion, and a “scaremonger” (mostly by the right-wing). But regardless of agreement, if any of my work inspires critical thinking, and invites reasoned debate, well, that’s good enough for me.

I write to raise awareness, share information and to inspire and promote positive change where I can. I’ve never been indifferent. I have a long history of political campaigning and active Trade Unionism. I would like to work cooperatively with others, too, regardless of personal or partisan interests, because collaboration and cooperation in achieving our mutual aims and focusing on issue-based work is essential, if we are to make any difference.

And we really need to.

Like many others, I do what I can, when I can, and in my own way. This blog is one way of reaching people. Please help me to reach more by sharing posts.

More about me: Saturday interview by Phil, who is A Very Public Sociologist – All That Is Solid.

More recently I have also joined the team of writers at Welfare Weekly, and Scisco Media. I’m the social affairs editor for Scisco media, too.

To join the Labour Party: https://join.labour.org.uk/