Two disabled people who moved to the UK from other EU countries have won an important Appeal Court case which entitles them to disability-related benefits in the UK from shortly after they arrived rather than having to wait two years.

The case, brought by Child Poverty Action Group and Harrow Law Centre, will ensure that disabled EU citizens and their carers who have a “genuine and sufficient” connection to the UK will receive social security support at an earlier point if they relocate to the UK.

The ruling overturns an Upper Tribunal finding that had denied both households benefits. And it confirms that the “genuine and sufficient” link which must be demonstrated by claimants in these circumstances is to the UK as a whole, rather than to its social security system.

One of the claimants, Ms Mohamed, is a Somalian-born woman who after 14 years’ residence in Germany as a German citizen came to the UK to settle here, aged 65.

When her health deteriorated to the point where she could no longer live alone and required the care of her daughter, a British citizen living in the UK, she claimed Attendance Allowance (AA). Her claim was refused.

The other claimant is 18-year-old Brandon Kavanagh, an Irish citizen who was diagnosed with Asperger’s Syndrome as a child.

His mother, a British citizen, moved to Ireland when she was a teenager but returned to the UK in 2013 with her children to escape domestic violence and to be closer to her family, from whom she receives support. Her son was then aged 12.

She claimed Disability Allowance (DLA) for her son when she arrived in the UK, but her claim was refused.

Between 2011 and 2013 she had received care allowances for her son and for herself from the Irish social security system.

Both were refused disability-related benefits on the grounds that they hadn’t been in the UK long enough to pass the so-called ‘past presence test’.

The test requires people claiming disability benefits to have been in Britain for 104 weeks of the 156 weeks before they claim. EU citizens may be able to meet this test by combining, in certain circumstances, the time they have lived in another EU state with the time they lived in the UK.

Alternatively, the test doesn’t apply to EU citizens if they can establish a genuine and sufficient link to the UK.

Both claimants appealed the refusal of their benefit claims. In Brandon Kavanagh’s case he lost the appeal while Ms Mohamed was successful in hers. Brandon appealed to the Upper Tribunal in his case and the Secretary of State for Work and Pensions appealed in Ms Mohamed’s case.

The cases then went jointly to an Upper Tribunal which found that although the “genuine and sufficient link” needed to be to the UK as a whole rather than limited to its social security system and that such a link may be established on the basis of presence alone, neither of the claimants could demonstrate a sufficiently strong link to the UK.

In a judgement handed down yesterday, the Court of Appeal ruled that both claimants had a genuine and sufficient connection to the UK when they claimed disability benefits shortly after their arrival and that the approach taken by the Upper Tribunal was flawed and unduly inflexible because it failed to take account of all the particular, personal circumstances and motives of the claimants which, in the round, proved the required sufficient link.

The Judges say: “… objective evidence of the [genuine and sufficient] link is plainly critical but evidence of the motives, intentions and expectations of the applicant are not to be ignored if they are relevant to proof of the link and are convincing.”

In Kavanagh’s case, the judges found the fact that his mother was fleeing domestic violence explained and confirmed her settled intention to remain in the UK, her country of nationality.

She needed the support of her wider family in England, enrolled her children in English schools, closed her only bank account in Ireland, severed all ties with the Republic and had no intention of returning.

In the case of Ms Mohamed, she suffered a number of physical ailments including osteoporosis, rheumatoid arthritis and high blood pressure.

She used a wheelchair, required support with mobility and daily activities such as washing, cooking meals, dressing and administering medication and had moved to the UK to join her daughter, a British citizen who provides daily care for her.

Commenting on the judgement, Child Poverty Action Group’s Head of Litigation Carla Clarke said: “This is a strong judgement which recognises that justice requires decision makers to take a wide view of all the relevant facts and motives where a genuine and sufficient link to the UK must be proved for benefit purposes.

“Both of our clients already had strong family ties to the UK and a clear intention to settle here when they first claimed disability benefits yet they were denied help with the extra costs of disability because, as today’s judgement finds, the criteria for proving a sufficient link to the UK has been too narrowly applied.

“Today’s ruling means that disabled EU citizens, including UK citizens, who relocate or return to the UK from another EU country because their carer is fundamentally connected to the UK will receive the financial help they need because of their disability at a much earlier point.” 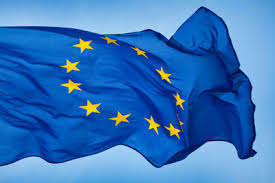