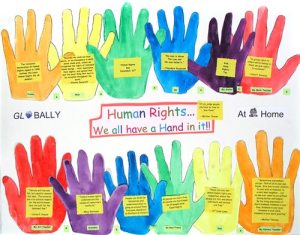 The Children’s Commissioner has criticised the Conservative’s tax credit cuts and called for measures to reduce the impact that the changes will have on the poorest children. Anne Longfield OBE, who was appointed last November, taking up her role on 1 March 2015, is calling on the government to exempt 800,000 children under five from tax credit cuts and to offer additional support to families with a child under five-years-old.

I reported last year that the Children’s Commissioner (then Maggie Atkinson) had already warned the government that the UK is in breach of the UN Convention on the Rights of the Child. As Chancellor George Osborne prepared his mid-term (Autumn) budget statement last year, the government’s Children’s Commissioner for England published a report criticising the Coalition’s austerity policies, which have reduced the incomes of the poorest families by up to 10 percent since 2010.

The Children’s Commissioner said that the increasing inequality which has resulted from the cuts, and in particular, the welfare reforms, means that Britain is now in breach of the United Nations Convention on the Rights of the Child, which protects children from the adverse effects of government economic measures.

Another report from the Social Mobility and Child Poverty Commission at the time indicated some very worrying trends regarding decreasing living standards, increasing employment insecurity and low pay, and the return of significant, rising levels of absolute child poverty not seen in the UK since the advent of the welfare state. Until now. (See the findings from the State of the Nation report.)

“Nobody is saying that there isn’t a deficit to close. Our issue is that at the moment, it is the poorest in society who have least to fall back on that are paying the greatest price for trying to close that deficit. It is patently unfair. It is patently against the rights of the child.”

Dr Atkinson added that this means the UK has broken the UN Convention on the Rights of the Child, under which each country is obliged to protect children from the detrimental consequences of economic policies. The Commissioner condemned the government for placing undue financial pressures on poorer parents, despite being one of the most developed countries in the world.

However, the government rejected the findings of what they deemed the “partial, selective and misleading” Children’s Commissioner report.

The Commissioner has again written to the Chancellor to call for children in the poorest families aged under five to be protected from the cuts.

However, Osborne is pretty unrepentant, yesterday he warned the House of Lords not to “second guess” the Commons on “financial matters.” He even went so far as to claim the cuts had been endorsed at the general election, which of course is untrue. The Conservatives have threatened the House of Lords with a constitutional shake-up show-down if they continue to oppose the tax credit cuts.  It’s highly unlikely that the Conservatives will back down over the tax credit cuts.

You can read the report in full here