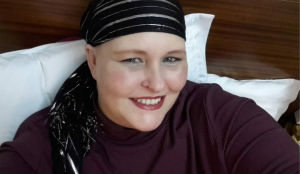 Claire Hardwicke has stage four thyroid cancer. This means that it has spread to other parts of her body, and sadly, Claire was told that her cancer is terminal. She also has chronic osteoarthritis. Despite taking 80mg of morphine a day to cope, she still experiences considerable pain.

Claire first became ill 9 years ago with uterine/ovarian cancer, but it was the allergy that made her unemployable and ended her career as a mental-health nurse, her partner, Alan King, told me

Claire’s first bout of cancer was treated and she made a recovery, which lasted only 7 years. Sadly, the diagnosis of her more recent thyroid cancer and metastases wasn’t diagnosed until it was incurable. The tumours had spread throughout her thyroid gland, neck, lymph system and adrenal glands.

All Claire can hope for now is palliative care, which is alleviatory only, as a cure isn’t possible.

Unbelievably, Claire was assessed as “fit for work” by the Department for Work and Pensions (DWP) last year. Her Employment and Support Allowance was stopped. All of her financial support ended. This was despite being told by the Capita assessor (for Personal Independence Payments) that the report to the DWP would state that Claire was in need of more support, not less.

Overnight the couple lost every bit of financial support they had previously been entitled to, so Alan decided to use what little financial resources he had left to help Claire to fulfill some of  her”Bucket List.”

The couple were forced to say goodbye to their rented bungalow and 99% of their possessions because their housing benefit was stopped. They had no income, as Claire’s Disability Living Allowance (DLA) and Employment Support Allowance (ESA) was stopped, and the Carer’s Allowance also ended.

Claire explained to me that when she lost her lifeline support, the wait for appeal hearings was over 18 months. The couple couldn’t afford to wait that long, as they had no income. They also didn’t know if Claire would survive the wait.

Claire and Alan went to visit family members around the UK before setting off, in October 2016, on a Mediterranean cruise for a month, which Alan paid for, using his credit cards. They already owed a lot of money on their credit cards, but with no income at all, the couple were facing destitution.  The incredible distress the couple suffered took its toll on Claire’s already poor health, too.

On the return journey, both of them realised that coming all the way back to the UK – where they were homeless, with no income, and they no longer even qualified for free prescriptions – would be pointless. So the couple left the cruise when they got to Portugal, where it’s significantly warmer than the UK (and therefore less painful for Claire) – and they’ve been there ever since, living in a very basic, rented room.

Alan told me: “Claire’s cancer hasn’t claimed her life as quickly as we both had imagined, (which is good), but with medications, food and board, we’re now out of funds and out of options unless we can somehow fundraise for some subsistence.”

The couple have paid money in advance for their single room in Portugal, which covers rent until 14th March, after which time they will have absolutely nowhere to go.

Claire says: “There are new trial therapies for extreme cases of thyroid cancer like mine.

I wish I had a pot of gold to pay for the experimental cancer therapy.
I don’t want to die, but choices and chances aren’t given to the poor people. We need a miracle, a winning lotto ticket. There should be equal opportunities for all patients.”

The treatment would possibly extend Claire’s life and improve the quality of the time she has left. She says: “I could have a chance of a longer, fuller life…. but I don’t have that option open to me….”

Tiffany Williams, a friend of Claire’s in the UK, has set up a crowdfunding page on JustGiving to raise £800 to help pay for her treatment. So far, 53% of the sum has been raised.

It’s such a modest amount for a treatment that will make a huge difference to Claire and Alan, who have lost their home and everything else they had in the UK. Now they are at risk of losing their room in Portugal, too.

You can make a donation at:  https://www.justgiving.com/crowdfunding/tiffany-williams

Claire informs me that the gofundme collection has now closed. But for those wishing to help in some way, there is a beautiful painting of Claire by Jason Pearce, which is up for auction with funds going to her medical fees.

She says many thanks.

Jason Pearce is an administrator for a very popular political group, and like me, he was originally contacted and asked if a member (Alan) could post a gofundme page to raise money for treatment costs to the group, as his wife, Claire, is seriously ill. Jason agreed, and offered to help. As Jason is an artist, it was suggested that he could paint a portrait of Claire and it could then be auctioned online to help raise some more money towards Claire’s ongoing treatment.

This is Jason’s lovely painting of Claire. 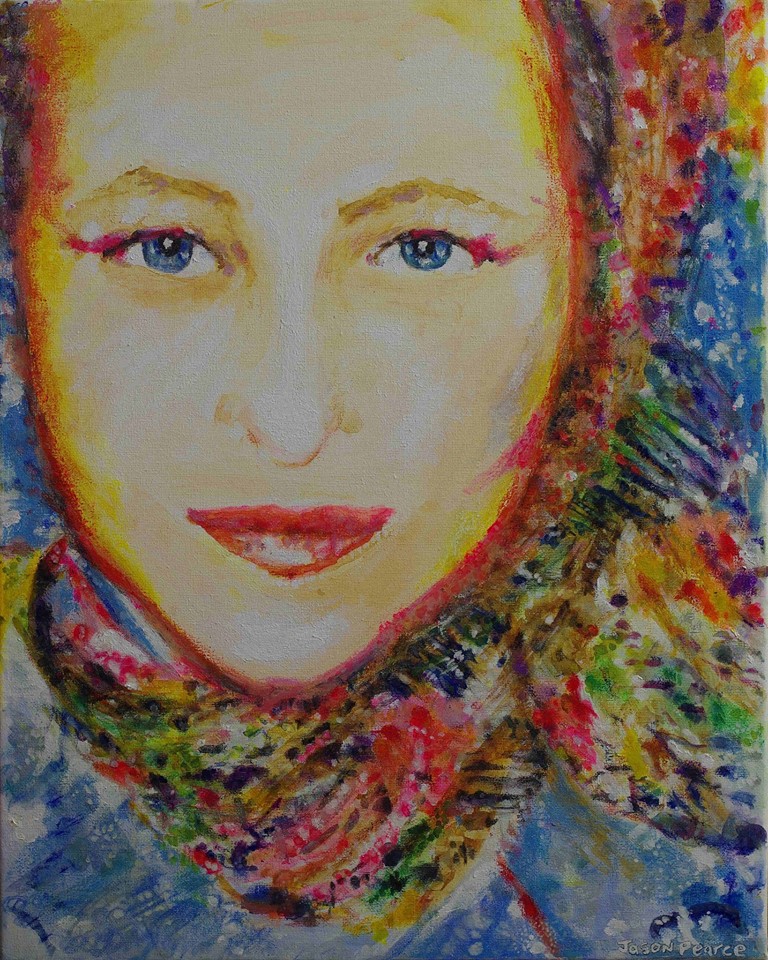 My work is unfunded and I don’t make any money from it. I am disabled because of illness and struggle to get by. But you can support Politics and Insights and contribute by making a donation which will help me continue to research and write informative, insightful and independent articles, and to provide support to others.

GPs are being offered cash to send fewer patients with suspected cancer to hospital for vital tests.Surgeries can claim thousands of pounds worth of “incentives” for not sending patients to hospitals for tests, scans and operations, according to an investigation by doctors’ magazine Pulse.

First appointments for cancer – which should happen within two weeks of a GP suspecting the disease – are included in some of the targets to cut referrals, the probe found.

The rewards are being offered by Clinical Commissioning Groups (CCGs), local NHS bodies responsible for commissioning of healthcare across the country.

The move comes as the NHS is trying to slash £22billion in costs before 2020.

The Mirror blasted the policy, run by CCGs that were created as part of the Health and Social Care Act of 2012 which began the mass-privatisation of the NHS, in its editorial:

Bribing family doctors not to send patients to hospitals for cancer tests is sacrificing lives by turning the NHS into a cut-price market place.

GPs should never be awarded bonuses at the cost of the public’s health. Those incentives are indefensible, because the likelihood is that cancers will go undetected.

Early detection is vital and when England’s cancer survival rates are already among the lowest in Europe, Health Secretary Jeremy Hunt should be demanding that more people are tested sooner.

Doctors must be free to make objective decisions on medical grounds rather than receiving dangerous instructions that reduce patients to financial statistics.

But don’t blame your doctor. Blame the Government. A Tory Government. The NHS wasn’t perfect under Labour but the Tories don’t appear to care at all.

This wasteful party is handing down a death sentence for unsuspecting patients. And that’s unforgiveable.

The commercialisation and undemocratising of the NHS: the commodification of patients