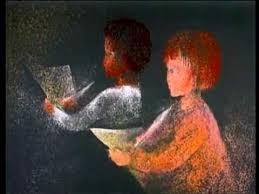 The UK has plummeted from 11th position to 156th in global ranking for meeting its children’s rights obligations in the space of just a year. The UK now ranks among the bottom 10 global performers in the arena of improving the human rights of the child, after it achieved the lowest possible score across all six available indicators in the domain of Child Rights Environment (CRE), according to the KidsRights Index 2017.

The report says that a nation’s prosperity does not always guarantee children’s rights. Interestingly, economically better performing countries are not necessarily doing a better job when it comes to safeguarding the rights of children.

Very serious concerns have been raised about structural discrimination in the UK. Muslim children are facing increased discrimination following recent anti-terrorism measures, and a rise in discrimination against gypsy and refugee children in recent years.

The KidsRights Index is comprised of 5 domains:

Marc Dullaert, founder and chairman of the KidsRights Foundation, has urged the UK government to treat non-discrimination as a policy priority, and to speed up the process of aligning its child protection laws with the Convention on the Rights of the Child at both the national and devolved levels, as well as in all crown dependencies.

He said: “Discrimination against vulnerable groups of children and youths is severely hampering opportunities for future generations to reach their full potential.”

“Following the general election, the new government should demonstrate to the world that it will not allow the retreat from the EU to adversely affect the rights and opportunities of its children.”

In light of the findings, Lord Philip Hunt, shadow deputy leader of the House of Lords and shadow health spokesperson, accused the Government of “inactivity” and “inadequate service provision”, urging it to do more to protect the rights of the child.

He said: “This report exposes the inactivity of the current UK government and inadequate service provision in this most important area of policy making; rights of the child.”

“The UK is the sixth largest economy globally and therefore has the resources at its disposal to ensure that our children are adequately protected and cared for across multiple disciplines. Our children are our future and the barometer of our approach to social justice and the state of our society.”

Although many states have adopted new children’s rights policies in recent years, the Index reveals that implementation is often not evident, and many new policies fail to fully comply with the principles and provisions of the Convention on the Rights of the Child.

The Index rates and ranks the extent to which a country has implemented the general principles of the Convention on the Rights of the Child while taking into account the basic infrastructure for making and implementing children’s rights policies. Portugal is this year’s global top ranking nation, with France, Norway, Sweden, Finland and Spain also ranking in the top ten.

The Index methodology means that extremely poor performances in one domain cannot be compensated by higher scores in other domains, as all of areas children’s rights are deemed to be equally important.

The report concluded that many industrialised nations, and especially the UK, are falling far short of allocating sufficient budgets towards creating a stable environment for children’s rights, by neglecting their leadership responsibilities and failing to invest in the rights of children to the best of their abilities.

Human rights and the impact of childhood poverty

Earlier this month, another damning report published by the Royal College of Paediatrics, Child Health (RCPCH) and Child Poverty Action Group (CPAG) revealed that more than two-thirds of paediatricians believe poverty and low income contribute “very much” to the ill health of children that they work with.

The report – Poverty and child health: views from the frontline – is based on a survey of more than 250 paediatricians across the country, whose comments provide an insight into the grave reality of life for the millions of UK children living in poverty.

Latest figures show that more than one in four (nearly 4 million) children in the UK live in poverty – with projections suggesting this could rise to 5 million by the end of the decade.

The report explores number of areas including food insecurity, poor housing and worry, stress and stigma – and the effect of these issues on the health of children.

The report reveals that:

“Day in, day out doctors see the damage rising poverty does to children’s health. Their disquiet comes through in the survey findings and should sound alarms for the next government. Low family incomes, inadequate housing and cuts to support services are jeopardising the health of our most vulnerable children.

“We can and must do better to protect the well-being of future generations. reinstating the UK’s poverty-reduction targets would be an obvious place to start.”

“Poverty has a devastating effect on child health and this report makes disturbing reading. The health impact on children living in poverty is significant – whether that’s increased likelihood of respiratory problems, mental ill-health or obesity – than children living in more affluent areas.

“Worryingly, almost half of those surveyed feel the problem is getting worse, with the combination of increasing poverty, housing problems and cuts to services meaning more families are struggling.”

The RCPCH and CPAG are calling on whoever forms the next Government to tackle poverty urgently through:

As one survey respondent said: “We cannot expect to have a healthy future for the UK if we leave children behind. Poverty makes children sick.”

There were 3.9 million children living in “relative poverty” in 2014-15, up from 3.7 million a year earlier, according to figures from the Department for Work and Pensions (DWP).

The report follows the release of  figures from the DWP which revealed one in four (nearly four million) children in the UK live in poverty – with projections suggesting this could rise to five million by the end of the decade.

It’s not as if the government have been unaware of the consequences of their policies and the implications of a consistent failure to uphold the UK’s human rights obligations towards children. In 2014, the Children’s Commissioner warned that the increasing inequality resulting from the austerity cuts, and in particular, the welfare reforms, means that Britain is now in breach of the United Nations Convention on the Rights of the Child, which is supposed to protect children from the adverse effects of government economic measures.

In 2015, the Children’s Commissioner criticised the Conservative’s tax credit cuts and called for measures to reduce the impact that the changes will have on the poorest children. Anne Longfield, who took up her role on 1 March 2015, called on the government to exempt 800,000 children under five from tax credit cuts and to offer additional support to families with a child under five-years-old.

However, the government rejected the findings of what they deemed the “partial, selective and misleading” Children’s Commissioner report. The Commissioner wrote to the Chancellor to call for children in the poorest families aged under five to be protected from the cuts.

In another regressive and punitive policy move by the government, from April 6 2017, child tax credits and universal credit across the UK will be restricted to the first two children in a family. This measure will affect all households with two or more children that have an additional child after this date.

The government says it wants to save money and make the tax credit system “fairer”. It intends the two-child restriction to “influence the behaviour” of less well-off families by making them “think twice” about having a third child. But it also accepts there is no evidence to suggest this will happen.

This is an extremely regressive eugenic policy, with its emphasis being on social class. Eugenics was discredited following its terrible escalation and consequences in Nazi Germany.

The two children only policy also a reflects a politically motivated form of crude behaviourism –  behaviour modification through the use of financial punishments. It’s probably true that all authoritarians and tyrants are behaviourists of sorts.

Critics say that at current birth rates, 100,000 third or subsequent children will not qualify for tax credit support over the next 12 months, inflating child poverty figures by at least 10% by 2020.

Social Darwinism is linked closely with eugenic ideas – a view that society and economics will naturally “check” the problem of dysgenics if no welfare policies are in place.

The Conservative government has steadily dismantled the welfare state over the past seven years, so that now, there is no longer adequate support provision for people both in work and out of work, to meet their basic living needs.

The current retrogressive, draconian approach to poverty needs to radically change if we are to be a nation that respects and upholds the human rights of all its citizens.