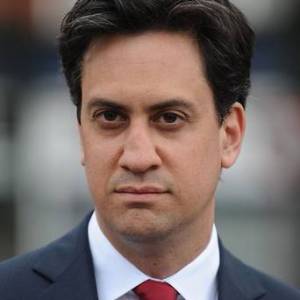 The Tories have trashed the economy, damaged the very structure of our society and destroyed people’s lives. We have seen the return of absolute poverty, malnutrition and illnesses not seen since Victorian times. People have died as a consequence of Tory policies. What do the Green Party do? Lie about the Labour Party.

The Green Party are not opposing Tory austerity: they are opposing what is currently the only credible alternative instead. They prefer to undermine those that ARE challenging the Coalition regarding policies that are having devastating consequences on the poorest and most vulnerable citizens. That’s very telling. I fully support some Green policies, and wish that the Left generally would work in a much more collaborative way. Really that’s the only way of effectively challenging the current neoliberal conservative dominant paradigm.

Given an opportunity to engage in genuine political conversation and to cooperate in opposing the Tory-led draconian policies, those parties claiming to be “further left” than Labour have instead behaved exactly like the Tories. They chose to undermine Labour. These are parties that prioritise grandstanding and electioneering above the needs of the public. That has entailed lying and smearing campaigns. Yet we all share many of the same aims and objectives, values and principles. The infighting simply weakens a broader and more important progressive Movement.

Here are two examples of lies that are currently being circulated on Facebook and elsewhere by the Green Party and the Scottish National Party (SNP), amongst others:

Lie number 1: “Rachel Reeves said she would be tougher on welfare.”

Rachel Reeves has NEVER said she will be “tougher on welfare.” Those saying that she did are lying. She issued a statement shortly after being misquoted. It was Natalie Bennett who perpetuated that misquote too, originally from the Observer. (See Bennett’s article: Rachel Reeves is clear: Labour would set the struggling against the poorest.)

What Rachel actually said was she would be “tougher on the CAUSES of high welfare spending – such as low wages, unemployment, high private sector rents, private company contracts and outsourcing – especially that of Iain Duncan Smith: his vanity projects have cost us millions because contracted private companies have failed to deliver services, the policies are ill-conceived, creating higher costs, ultimately, rather than making any savings as the Tories claimed – the bedroom tax being an example.

The fact that Rachel Reeves was misquoted was clarified to Caroline Lucas too, so the Green Party have no excuse for shamefully lying about the Labour Party’s policy intentions.

In the middle of crucial debate about the Work Capability Assessment and the plight of disabled people because of Coalition policies, initiated by the WOW campaign, Lucas lost all of my respect when she chose political point scoring instead of constructive debate and said this:

Caroline Lucas (Brighton, Pavilion, Green); I was disappointed that Rachel Reeves, on taking up her post as shadow Secretary of State for Work and Pensions, used the opportunity of her first interview to say that she would be tougher than the Tories on people on benefits.

Kate Green (Shadow Minister (Work and Pensions); Stretford and Urmston, Labour); My hon. Friend the Member for Leeds West did not say that. She said that she would be tougher on welfare spending, not on people on benefits.

Sheila Gilmore (Edinburgh East, Labour); Does the hon. Lady agree that there are some forms of welfare spending that we should bring down? In my view, one of those is the excessive amount that is paid to private landlords through housing benefit. I am certainly in favour of reducing that form of welfare spending. Is she not?

Nonetheless the Green Party has continued to misquote Reeves, to my disgust, using negative campaigning and smear tactics akin to the Tories to promote their own party. It’s time that some people distinguished between welfare spending and benefits, to conflate the two purely for political gain is deplorable, dishonest and not in the best interests of the electorate.

This is such a blatant lie. The vote, clearly stated on the Hansard record (see 13 Jan 2015: Column 738, Charter for Budget Responsibility), was pertaining strictly to the motion: “That the Charter for Budget Responsibility : Autumn Statement 2014 update, which was laid before this House on 15 December 2014, be approved.”  That isn’t about austerity.

The charter sets out that the Office of Budget Responsibility (OBR) will continue to monitor our fiscal rules. As we know, the  OBR has written extremely critical economic forecasts and analysis of austerity and the Tory spending cuts, clearly expressing the risks that the Chancellor is running and the scale of the damage his strategy will inflict on what remains of our public services.

It’s worth noting that whilst Ed Balls challenged Osborne, there was a curious silence from the  SNP and the Green Party. It was Ed Balls that challenged Osborne’s outrageous claims regarding “halving the deficit”- such a blatant lie, upon which even the exceedingly Conservative Spectator spluttered contempt. Or any of the other lies, some of which have already earned the Conservatives official rebukes from the Office for National Statistics. (See “bankruptcy lie” for example, on the hyperlinked article)

Furthermore, it’s about time that some MP’s, including Caroline Lucas, amongst others, recognised that there is a fundamental difference between the meaning of the word budget and the word austerity. Conflating the two for the purpose of politicking is unprincipled and dishonest.

It’s also worth noting from the same debate on the Hansard record:

Caroline Lucas: Does the Chancellor agree with me that with the feeble and inconsistent opposition coming from the Labour Front Bench, there is a very good reason for seeing the SNP, the Greens and Plaid as the real opposition on this issue because we are clear and consistent about the fact that austerity is not working?

Mr Osborne: That shows why we want the hon. Lady’s party in the TV debates.

Yes, I just bet they do, to collaborate with the Tories in attacking and undermining the Labour Party, not the Coalition, who are, after all, the ones responsible for introducing austerity measures. I don’t imagine for a moment that Osborne values further challenges to his outrageous claims of efficacy regarding austerity measures. What is very evident when you read through this debate, is that Ed Balls and a couple of other Labour MPs presented the ONLY challenges to Osborne on this matter, just to reiterate this important point.

It’s also worth bearing in mind that Ed Miliband established the International ANTI-austerity Alliance. Back in 2012, Miliband said: “There is a grip of centre-right leadership on Europe which has said there’s only one way forward and that’s austerity, and you’ve got to have a decisive move away from that.” (See also: Labour leader Ed Miliband’s anti-austerity alliance will fight for the European dream.)

And why would Miliband be attending ANTI-austerity protests if he supported austerity?

Labour leader Ed Miliband speaks on stage to over 150,000 at Hyde Park, during the TUC organised protest against austerity measures in London

.One of his main charges has been that the government is unfairly spreading the economic pain it deems necessary to fix the economy. Austerity cuts are the burden of the poorest.

Balls says that a decision to cut the top tax rate amounts to an unjustified “tax cut for millionaires”, whilst his party has been scathing of reform of the welfare system. A point echoed many times by Ed Miliband, too. Accusing the government of making lower or no income groups pay for the recovery

while shielding the rich is a claim which strikes a chord with some voters who view Cameron and his government – many of whom were educated at the same top fee-paying school – as out of touch.

Caroline Lucas was born in Malvern to Conservative parents and attended Malvern Girls’ College (which became Malvern St James in 2006), a fee-paying private school. Ed Miliband, on the other hand, went to a comprehensive school. Polls also show that many voters approve of the government’s drive to rein in welfare costs and the government has demanded Labour spell out what it would do to fix the economy. They have, but with understandable caution.

Labour’s careful, costed and evidence-based policies include: a Bankers’ Bonus Tax; a Mansion Tax; repeal of the Bedroom Tax; a reversal of the Pension Tax relief that the Tories gifted to millionaires; a reversal of the Tory Tax cut for Hedge Funds; freezing gas and electricity bills for every home a the UK for at least 20 months; the big energy firms will be split up and governed by a new tougher regulator to end overcharging; banning exploitative zero hour contracts; introduction of a living wage (already introduced by some Labour councils); a reversal of the £107,000 tax break that the Tories have given to the millionaires; reintroduction of the 50p tax; scrapping George Osborne’s “Shares for Rights” scheme that has opened up a tax loophole of £1 billion; ensuring Water Companies place the poorest households on a Social Tariff that makes it easier for them to pay their Water Bills; breaking up the banks and separating retail banking from investment banking; introduction of measures to prevent corporate tax avoidance, scrapping the Profit Tax Cut (Corporation Tax) that George Osborne has already announced for 2015 and many more.

These are not austerity measures. They are strongly redistributive policies.

It’s difficult enough opposing the manipulative, lying authoritarian Conservative-led government, without having to constantly counter lies and smears from parties claiming to be on the left, too. Shame on the Green Party and the SNP.

As I have said elsewhere, there’s a clear gap between professed principles and their application amongst the parties that claim to be “real socialists”.  How can it be principled or moral (or “socialist” for that matter) to collaborate with the Tories in attempting to damage, smear and discredit the only viable option of removing the Tories from Office in May? Bearing in mind that many people are suffering profoundly, some have died as a consequence of Conservative-led policies, we can see what the Green Party’s priorities actually are, here.

They don’t include the best interests of citizens and consideration of their well-being, that’s for sure.

Thanks to Robert Livingstone for his excellent memes.

Public perceptions of party positions on the political spectrum: Labour’s leftward shift under Ed Miliband, the Conservatives’ rightward swing since 2010.