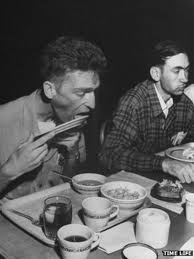 Earlier this year, I reported that figures released by The Office of National Statistics (ONS) showed 391 people died from malnutrition in 2015. There were 746 hospital admissions for malnutrition in just 12 months. The statistics also showed two people in the UK are admitted to hospital with the condition every day in what campaigners have called a “national scandal.”

Official figures more recently from the Department of Health reveal that people with malnutrition accounted for 184,528 of days in hospital beds taken up in England taken up last year, a huge rise on 65,048 in 2006-07. The sharp increase is adding to the pressures on hospitals, which are already struggling with record levels of overcrowding and limited resources because of underfunding.

In a very wealthy first-world  democracy, it is completely unacceptable that anyone is left hungry, malnourished and in absolute poverty.

The Department of Health figures showed that the number of “bed days” accounted for by someone with a primary or secondary diagnosis of malnutrition rose from 128,361 in 2010-11, the year the coalition came to power, to 184,528 last year – a 61% rise over five years.

The National Institute for Health and Care Excellence classes someone as malnourished if they have a body mass index of less than 18.5, have suffered the unintentional loss of more than 10% of their weight over the last three to six months, or if they have a BMI under 20 and have unintentionally seen their weight drop by more than 5% over the previous three to six months.

The worrying decision by the chancellor, Philip Hammond, not to fund the NHS or social care with any more money in his autumn statement last week will only worsen this already unacceptable situation.

Ashworth said: “The reality is the government have failed this week to both give the NHS and social care the extra investment it needs while also failing to invest in prevention initiatives to foster healthier lifestyles. The cuts to public health budgets along with an emaciated obesity strategy are both utterly misguided.”

Figures are not available for exactly how many patients accounted for the 184,528 bed days last year, but information supplied to Ashworth by the House of Commons library shows that 57% of the patients were women and that 42% were over-65s.

Worryingly, four out of five people who needed inpatient hospital care because of malnutrition were admitted as an emergency, which suggests their health had deteriorated significantly in the days before they were taken in.

Not enough health and social care professionals have the time or knowledge to correctly identify malnutrition.

Stephen Dalton, the chief executive of the NHS Confederation, which represents hospitals, said: “Our members take malnutrition seriously. Good nutrition is a fundamental human right our citizens can expect, and vulnerable, particularly older, people are most at risk of serious consequences if denied basic compassionate care. At a time of unprecedented demand on health and social care we need to be alert and will take seriously any reliable evidence of basic care not being delivered.”

Time and time again, when challenged and confronted with overwhelming empirical evidence of the harm that their class-contingent austerity policies and welfare “reforms” are inflicting on citizens, the government simply deny any “causal link”. They say that the increase in absolute poverty, malnutrition and hunger, deaths and distress are unrelated to their policies, which they claim to be “working”.

With no sign that the government are going to emerge from behind their basic defence mechanism of collective denial – nor are the Conservatives remotely interested in investigating a clear correlation between their blatant attacks on the poorest citizens via their draconian policies and the terrible hardships people are suffering –  we do have to wonder what the real intention is underpinning such clearly targeted austerity.

Conservative ideology seems to be founded on the hypothesis of an inborn and “natural order” – a society that is based on a human hierarchy of worth. The Conservatives feel justified that they are part of a superior class in society and therefore they have an entitlement to hold power. Their policies don’t include the majority of us in their design or aims. The government are not democratic, they are authoritarians. Conservative policies act upon ordinary citizens and have become increasingly detached from citizen needs.

I was accused of the terrible crime of being an “interfering do-gooder” recently by someone with social Darwinist ideals. I couldn’t understand his ferocity. Then I made a connection, the proverbial penny dropped. Again. I suddenly felt very weary, disgusted and shocked – the recognition froze me. Again.

Historically, eugenicists thought that misguided “do-gooders”, by giving poor people help and support, were allowing them to survive “unnaturally”, and were consequently interfering in human “natural selection”, a benign force which they thought was “deselecting” the people with the “weakest” genes and the “moral defectives”.  The Conservatives moralise about people who are poor and their punitive anti-welfare policies indicate plainly that they think that poor people have moral deficits.

The Conservative message that poverty is caused by character or behavioural “defects” and not socioeconomic and political circumstances should have been ringing alarm bells very loudly everywhere. The problem with authoritarian governments is they usually have sufficient power, one way or another, to mute the alarm. The first base of power over public perceptions that all authoritarians build is invariably facilitated by the corporate mass media.

Austerity, “the national debt”, “a country living within its means”, “hardworking families”, the scrounger/striver rhetoric, “hard choices” and the “culture of entitlement” has all been a smokescreen for eugenic policies.

We cannot find any comfort in the belief that the government are simply neglectful policy makers. The persistent and loud denial regarding the increasingly precarious existence of the poorest citizens – especially disabled people – and the loud refusal to investigate the correlation between austerity policies and social outcomes that are damaging and harmful, and to consider the empirical evidence of humanitarian harm presented by citizens, academics, charities and campaigners, indicates a government that is not ignorant of the consequences, yet has no intention of changing their policies. The Conservatives are appallingly unconcerned about the terrible harm they are inflicting on invididuals and on our society.

“Eugenic goals are most likely to be attained under another name than eugenics.” – Frederick Osborn 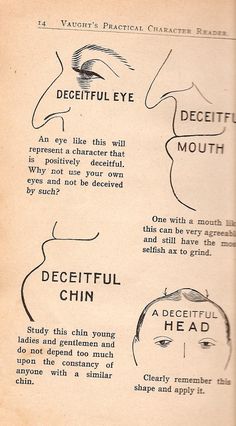 The art of character divination: this type of historical human stereotyping still exists. It is evident in Conservative narratives and their calculated justification rhetoric of draconian welfare policies: 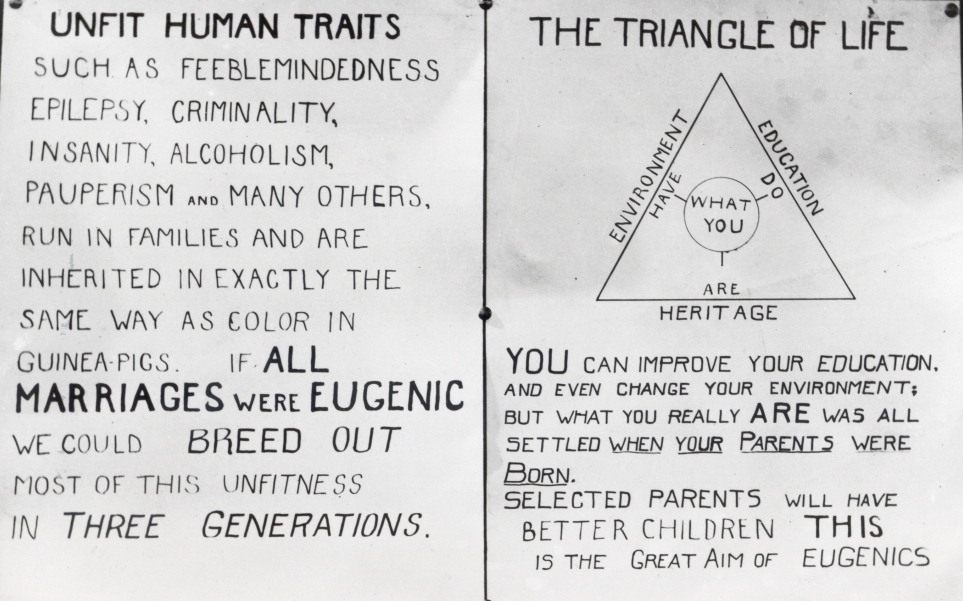 I don’t make any money from my work. But you can help by making a donation and help me continue to research and write informative, insightful and independent articles, and to provide support to others. The smallest amount is much appreciated – thank you.