Today the Speaker of the House of Commons,  John Bercow, was forced to intervene in debate and issue reprimands because of the deplorable behaviour of hectoring and abusive Conservative MPs, who persistently heckled and shouted over Labour’s Angela Rayner’s questions and responses.

Corbyn promised to scrap university tuition fees. And he will

The Labour party gained a huge swell of student support when they made a manifesto pledge to scrap tuition fees, which increased to £9,000-a-year under the coalition government in 2012.

However, many recent graduates complained that the pledge was “unfair”, leaving them as a “collateral damage generation” when it comes to tuition fees. Corbyn sympathised with the group, and hinted he may try to find a way of ameliorating or wiping tuition fees debt for thousands of graduates if he was elected on June 8.

The problem is that if Labour’s tuition fee policy were to be implemented from 2018, students who began three-year degrees between 2012 and 2015 will be the only ones left with £27,000 worth of tuition fee debt.

Speaking to the NME, Corbyn acknowledged that: “Yes, there is a block of those that currently have a massive debt, and I’m looking at ways that we could reduce that, ameliorate that, lengthen the period of paying it off, or some other means of reducing that debt burden.”

However, Corbyn admitted at the time that he’s not sure how he would fund such a scheme – in 2013 alone, almost 496,000 people started full-time undergraduate courses in the UK.

He said: “I don’t have the simple answer for it yet – I don’t think anybody would expect me to, because this election was called unexpectedly; we had two weeks to prepare all this – but I’m very well aware of that problem.”

“And I don’t see why those that had the historical misfortune to be at university during the £9,000 period should be burdened excessively compared to those that went before or those that come after. I will deal with it. ”

The Labour party have pledged to scrap tuition fees in their manifesto. That pledge will be honoured in the event of a Labour government. Although there is no pledge to cancel out the debt of those who have already graduated, Corbyn did commit to at least exploring ways of helping graduates to ameliorate their massive debt burden.

The Conservatives have claimed that the Labour party have “broken a promise” to reimburse students who have already graduated. However, that promise was never made. Nor is it in the Labour manifesto. What the shadow Chancellor, John McDonnell, and other MPs have said is that finding the money to do this would be difficult, but nonetheless they will at least try to do so. I think that is refreshingly fair and honest.

That didn’t stop Conservative MP Amanda Milling MP saying: “Yet another member of Jeremy Corbyn’s top team backtracks on Labour’s promise on student debt – betraying many of the young people who voted for them.”

She may want to consider that sentence more carefully. The real betrayal was the tripling of student tuition fees, brought in under the Tory-led Coalition. If she considers the acknowledgement of difficulties in reimbursing graduates “a betrayal”, then surely she must also concede that the act of raising of tuition fees and inflicting such massive debts on young people as a result constituted the betrayal in the first place.

The pledge to scrap tuition fees IS in Labour’s manifesto, and that pledge will be honoured.

The Tories frequently like to take quotes out of context in order to smear the opposition, and mislead the public. That’s because they cannot win debates with honest, legitimate and rational argument.

The following excerpt is taken from an NME  interview with Jeremy Corbyn on the issue of student debt:

Speaking to HuffPost UK in May, a Labour Party spokesperson said: “We think that it is deeply unfair that a generation has been saddled with huge debts since the Tory-Lib Dem Coalition trebled fees in 2012, and will look for ways to ameliorate this debt burden in future.”

In May, Corbyn also said he would look at ways to reduce the tuition fee debt of former students, adding : “‘We’ve not got a policy or proposal on it. There wasn’t time between the announcement of the election and the publication of the manifesto but I do understand that point and I’m entirely sympathetic to it.”

Despite claiming that there is “no magic money tree” when it comes to ensuring that people aren’t individually saddled with the nation’s huge debt, Damian Green has since said that cutting university bills needs a “national debate” in response to Labour winning over youth voters with their manifesto promise to scrap tuition fees. This is a move is all about the Tories winning elections and clinging onto power, rather than about a genuine interest in student debt and wellbeing. If you want a vote from students, then include them in your policy and economic decision-making, rather than marginalising them year in year out.

Many Tory MPs are angry about the fact that despite their high profile, media amplified, deplorable and persistent personalised smear campaign, Labour received a higher number of votes than they had expected, based on a democratically inclusive manifesto and costed policies.

Disabled people also welcomed the disabled people’s manifesto from Labour, which was also economically inclusive, after five years of Conservative policy that has systematically marginalised us, causing distress and harm, as well as contravening our human rights. That the Conservatives regard this democratic and economic inclusion of the social outgroups they themselves have created as “bribery” speaks volumes about their own nasty authoritarian mindset.

Shadow education secretary Angela Rayner has said: “If they [the Conservatives] want a debate on fees they could start by allowing one in the Commons on their latest fee hike, along with a vote.”

Rayner, the Shadow Education Secretary, made the application for a debate in the Commons after a previous one scheduled for 19 April – the day after Theresa May called the general election – was cancelled.

MPs had been due to debate a decision made last year to raise university fees to £9,250 from £9,000 per year from 2017 and then with inflation in subsequent years.

Rayner went on: “Oddly, Mr Speaker, they have been determined not to grant the House a vote since that election,” adding that her party had raised the issue on multiple occasions and had received a letter from Andrea Leadsom, the Commons leader, saying there were no plans to schedule these debates in Government time.

“Both universities and thousands of students across the country are now uncertain about the rate of tuition fees that can be charged,” Ms Rayner added. ”With neither Government nor opposition time being provided, we have no choice but to use Standing Order 24.

“So, Mr Speaker, 109 days since it was first promised by ministers, I ask leave of the House for an emergency debate on their plans to raise tuition fees.”

Approving the application, John Bercow, the Speaker, said the emergency debate will now take place following the Prime Minister’s Questions on Wednesday (today) – the penultimate day of Government before the summer parliamentary recess.

The Conservatives have, despite having absolutely no policies that would benefit students, attempted to use the right wing media’s limp and dishonest”pledge breaking” accusations as a blatant attempt to try to discourage students from voting Labour. Additionally, 38 Tory MPs have labelled student voters as “frauds”, claiming that they voted twice, when the electoral commission has found no hard evidence of these claims, just hearsay from the Conservatives. This is an utterly deplorable, dishonest and authoritarian way of conducting what should be democratic political debate.

Tory MPs behaved disgracefully, hectoring and refusing to listen and talking over opposition responses pretty much all the way through the debate. They were given a slap down for failing to listen to shadow education secretary Angela Rayner and shouting over her during the emergency debate on tuition fees. The debate was called because the Conservatives used a statutory instrument to push their policy on tuition fees. Statutory instruments are usually reserved for uncontroversial policies, but increasingly, the Conservatives have used them to push through controversial legislation which enables them to pass legislation and amendments without proper parliamentary scrutiny and debate.

The significant increase in the use of statutory instruments by the Conservatives to pass unpopular policies, which bypasses proper democratic scrutiny and signals their authoritarianism loud and clear

Statutory Instruments are the principal form in which delegated legislation is made, and are intended to be used for simple, non-controversial measures, in contrast to more complex items of primary legislation (known as Bills.) The opposition has frequently complained that the Government uses Statutory Instruments to pass complex and controversial legislation which should have been subject to full Parliamentary scrutiny. Universal credit, the legal aid and tax credit cuts are clear examples of the misuse of secondary legislation, each with far-reaching and detrimental socioeconomic consequences for many people.

More Tory hectoring and bullying tactics – another hallmark of authoritarianism

Speaker John Bercow was forced to intervene after Conservative MPs repeatedly interrupted the Labour politician, who eventually said she would refuse to take any more interventions.

Bercow said: “It is normal manners and parliamentary etiquette that a member is given the chance to respond to an intervention before being hollered at to take another.

“It’s not a laughing matter. I am telling you what the situation is, and you can accept it whether you like it or not.  Behave.” Bercow also reprimanded the Conservative minister he addressed for smirking at him.

Throughout the debate, Tory ministers behaved deplorably, heckled, sneered and spoke over the opposition’s questions and responses and repeatedly tried to claim that scrapping “all student debt” was a Labour policy, attempting to divert the debate.

Again, the policy that was stated clearly in the Labour party’s manifesto is the scrapping of tuition fees. The intention to look further at the wider impact of graduate debt was stated in an interview with NME. Yet Tory MPs repeatedly misquoted the NME interview claiming it was a “policy”.

Absolutely disgraceful conduct and claims from Tory ministers, which are being intentionally used as a crib sheet propaganda tactic to mislead the public and divert democratic debate. 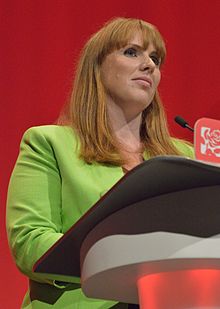 You can read today’s full debate here on Hansard.