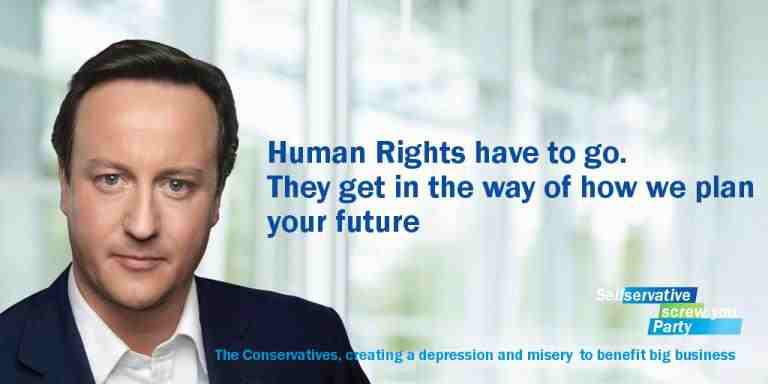 Dr Simon Duffy recently wrote an outstanding briefing: How the cuts target disabled people which shows very clearly how the poorest and most vulnerable citizens are paying for an economic problem that they did not cause.

Austerity has never had any moral legitimacy, or indeed any other kind of basis for validity. We know it isn’t working. Osborne’s careful selection of “leading economists”  (who are mostly business leaders with vested interests, rather than economists of an  academic calibre) to endorse his very damaging austerity program meant that he carefully excluded those who presented valid criticisms of the centrepiece of Osborne’s strategy: accelerated austerity for purely ideological ends, (see also Minarchism: the Nightwatchman State), and it halted the recovery that happened under the previous Labour Government. Much of the case for austerity also rests on The great debt lie and the myth of the structural deficit.

The widespread and relentless use of stigmatising and divisive Tory propaganda in the media has undermined public support and sympathy for the sick and disabled people of the UK. Examples of such propaganda include the ad nauseum use of value-laden terms in political narratives and the media, such as “benefit cheat”, “dependency”, “entrenched”, “fraud”, “worklessness”, “addiction”, and more opprobrious examples such as “scrounger”, “skiver”, “workshy” (see Aktion Arbeitsscheu Reich and the origins of this word, it’s now being used very frequently in the media to describe unemployed and disabled people.)

Several studies show that compared with the end of the Labour Government, such pejorative language use has risen dramatically, and Duncan Smith is the most frequent Parliamentary user of value-laden terminology.

At the AGM on 14th April this year, Amnesty International UK passed a resolution on the Human Rights of sick and disabled people in the UK. The resolution was proposed by Rick Burgess and Nancy Farrell of the WOW petition.

“This AGM calls for urgent action to halt the abrogation of the human rights of sick and disabled people by the ruling Coalition government and its associated corporate contractors.

Calls for Amnesty International UK to urgently work with grassroots human rights campaigns by and for sick and disabled people, carers and their families. And to set up a specialist Disability Human Rights network … To protect the human rights of people with disabilities, ill people and carers to halt this regressive and lethal assault on our rights.”

The full resolution with supporting information is here.

It’s taken an organisation with the respect, gravitas and the impartiality of Amnesty International to recognise that the human rights of disabled people in the UK are being attacked by their own Government, and feels a need to act in our defence. That is very encouraging, and perhaps we have reached something of a turning point. I hope so.

It is my own hope that people will recognise that their prejudice and their own lack of support and sympathy for the persecuted poor disabled people in the UK has been fuelled by the insidious propaganda of the Tory-led Coalition to justify the transfer of wealth from the poorest, and from our publicly funded welfare and support services, to the very wealthy. Tory ideology is and always has been about handouts to the very wealthy, funded by the poor. That recognition ought to generate outrage and disgust, and a publicly consolidated, conscientious consensus of determination to ensure that this never happens again.

The years immediately after the Second World War marked a turning point in the history of human rights, as the world reeled in horror of the Nazi concentration camps, there came an important realisation that although fundamental rights should be respected as a matter of course, without formal protection, human rights concepts are of little use to those facing persecution.

So in response to the atrocities committed during the War, the International Community sought to define the rights and freedoms necessary to secure the dignity and worth of each individual.  In 1948 the newly formed United Nations adopted the Universal Declaration of Human Rights (UDHR), one of the most important agreements in world history.

The current Government are most certainly outrageous propagandists, on par with the Nazi Reichsministerium für Volksaufklärung und Propaganda, controlling the news media in particular, with the aim of shaping and controlling public opinions, attitudes and behaviours by a process of indoctrination, using übertreiben neo-liberalist dogmata to both create and justify neo-feudal subordination, oppressive hierarchical social structures and to signify the end of our humanist ideal and practice of shared citizenship.

We have an authoritarian Government in the UK currently that has scant regard for our established rights, and wants to see them gone, and they have systematically shut down all voices of opposition, via the media. An important question to ask is why.

We must recognise our past and remember our future. We must re-remember the basic humanist principle: we are all equally precious, each life has equal worth. A society that isn’t founded on those basic principles of decency, dignity and mutual respect is untenable and unthinkable.

Kittysjones – The UK Government have got it wrong about our Human Rights.

and – The Poverty of Responsibility and the Politics of Blame.

and – The ESA ‘Revolving Door’ Process, and its Correlation with a Significant Increase in Deaths amongst the Disabled.

The Black Triangle Campaign: United Kingdom Government Denounced for Crimes Against Disabled People to International Criminal Court in The Hague. 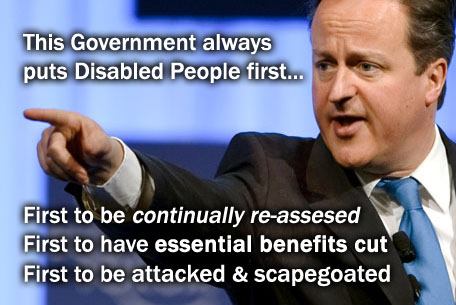 With thanks to Robert Livingstone for his great pictures