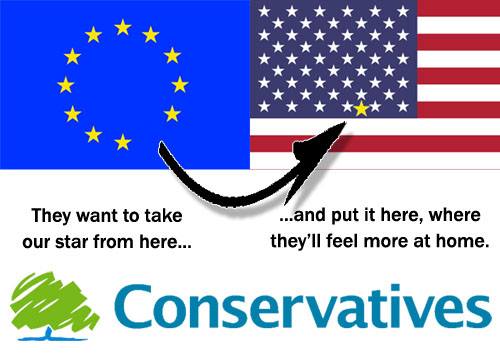 Gramsci is was one of the most important Marxist thinkers in the 20th Century. He has profoundly influenced modern European thought with his writings that sharply analyse culture and political leadership. Cultural hegemony describes very well how States use cultural institutions to maintain power in capitalist societies, and he provides a tool for analysis that we need now more than ever. Excellent piece, also exposing the myth of meritocracy, and the parallels with elements of American and British Conservatism and Nazi elitist ideologies.

This has been reblogged from the excellent Beastrabban’s site.

Class Hegemony and the American Idealisation of the Super-Rich – Beastrabban

In her article on the Tory abuse of sociology, Kittysjones quotes the great American author, Jack London, on American’s attitude to their own poverty and servile condition compared to the wealthy.

Americans, according to London, did not see themselves as exploited. Rather, they saw themselves as temporarily embarrassed millionaires. This appears to be true. Others have remarked that American voters tend to support the tax cuts that benefit only the multi-millionaires, while cutting the government services on which they depend, because they see themselves as one day belonging to the same class. It’s a classic example of what Marx called ‘false consciousness’ and the Italian Communist Antonio Gramsci formulated as class hegemony. It’s the way the members of the working and other exploited classes take on the cultural values and ideas that justify their exploitation and the power of the ruling classes. In this case, it’s very much a continuation of 19th century ideas of personal advancement through hard work.

An article in the Financial Times observed that Americans believe in equality of opportunity for groups, but not collective equality. The idea is the classic Liberal view that once obstacles to advancement are removed, the individual can work his or her way up through society by means of their own talents and hard work. The same idea was held very strongly in 19th century Britain. One of that centuries leading politicians once toured the northern industrial towns. In a speech before a crowd of ‘the labouring poor’, he declared that the power of advancement lay within the reach of all of them. The same attitude continues to permeate and inform modern American attitudes to poverty, class and social advancement.

At one level, there’s nothing wrong with it. People should have the right to use their talents to improve their position in society. One of the great boasts of American political and social culture was that people could do that in the land of free, in contrast to the feudal class systems of Europe. The same classlessness is also found down under in Australia. The reverse side of this aspirational attitude, at least in America, is that frequently poverty is seen not as the result of unjust social arrangements, but simply as the individual’s own fault.

This attitude has become increasingly pronounced with the rise of the Right following Reagan’s electoral victory. The Right’s political rhetoric during the last two elections celebrated the achievements of the wealthy business elite. It vehemently demanded further tax cuts in their favour, and attacked any imposition of government controls and regulation as an attack on their freedom and their ability to benefit the economy. Despite America’s strong and admirable democratic tradition, there’s also an extremely disparaging attitude to attempts to create greater equality. Advocates and promoters of such egalitarianism are frequently sneered at by some members of the Right as ‘equalitarians’.

At the risk of once again colliding with Godwin’s Law, these attitudes also have parallels with Nazi ideology and that of the German Conservatives, which preceded and in many ways prepared for it. Karl Dietrich Bracher in his book The German Dictatorship notes that Hitler saw the success of business leaders in terms of his Fuhrerprinzip (leadership principle) and corresponding rejection of nationalization.

In Bracher’s words ‘The leader principle explained the superior position of business leaders; they had succeeded because of their abilities; socialization or co-determination would be nothing more than a return to democracy and popular rule.’ Six years before the Nazis seized power, the extreme Right-wing author Edgar Jung published a book, Die Herrschaft der Minderwertigen (The Rule of the Inferiors) attacking the Weimar republic and demanding an elitist, Corporative state. Bracher also notes that one of the groups the Neo-Nazi NPD attempted to appeal to in the 1970s was ‘daring entrepreneurs’. I doubt very many respectable businessmen actually joined them, preferring to support the ‘Brown Reactionaries’ their predecessors sneered at in the Horst Wessel Song.

Now I am again certainly not claiming that the modern Conservative Right in American and Britain are Nazis. However disgusting Cameron’s policies are, they are not comparable in horror and depravity to those of the Third Reich. I am merely pointing out that they share with the Nazis extreme elitist attitudes that favour the business elite, and governments in their favour, while keeping the majority poor and political inactive.

More on American hegemony, and the elitist ideology of Charles Murray imported via Thatcher, which is very evident now in Coalition propaganda and policies: The Poverty of Responsibility and the Politics of Blame 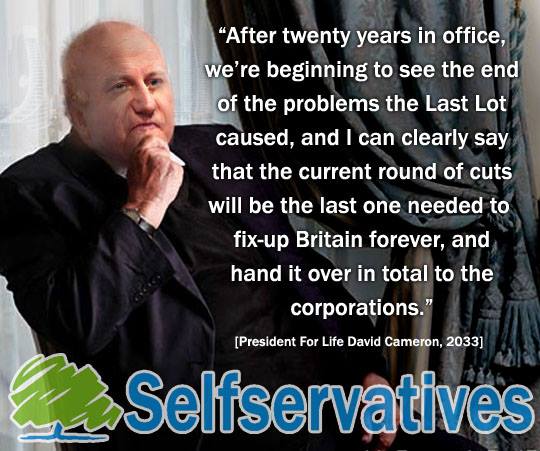 Many thanks to Robert Livingstone for his excellent pictures