The Department of Work and Pensions announce that they are to be re-named the “Congregation for the Doctrine of the Faith”. The government have released a statement that although they favoured the strappado, a variety of other methods of trial by ordeal will be used in addition to replace the Work Capability Assessment. Iain Duncan Smith has called for the introduction of dunking – a form of water ordeal and divination – to determine who is disabled enough to build the HS2.

Conservatives have reassured the appalled public by explaining that really, the old English word “ordǣl,”  simply means a “judgement or verdict”, so not to worry, as pretending that a word means something else is a magick formula used for ensuring public compliance and conformity. Lynton Crosby has been announced as the new Pontifex Maximus of such formulae. Previous successes include the words “fair”, “reform” and the phrase “making work pay” in the context of the Tory’s neoliberal cunning stunts known collectively as the misnamed “welfare reforms.”

I can see where Cameron thinks he’s coming from with his recent claims of “divine inspiration”. Cameron’s social policies may certainly be regarded as a codified version of the Malleus Malificarum (The Hammer of the Witches).

His ideology is founded on principles similar to those found in Commentarius de Maleficius. There are some uncanny similarities between such legal treatises on witchcraft and the Tory Welfare “Reform” Act, especially regarding the establishing of entitlement to benefits.

“Christians are now the most persecuted religion around the world. We should stand up against persecution of Christians and other faith groups wherever and whenever we can,” says the Prime Minister.

Contrary to what you said, Christians have often been the persecutors, rather than the persecuted, Mr Cameron.

A witch-hunt is a search for witches or evidence of witchcraft, often involving carefully manufactured public moral panics. This is a manipulated intense feeling expressed in a population about an issue that appears to threaten the social order. Or in this case, that mythical beast of burden – the right-wing tax payer. Tories are moral entrepreneurs, who have despicably used the media to transform the poorest and most vulnerable social groups into folk devils. Conservatives have always created social tension and ensured that criticism and disagreement are difficult because the matter at the centre of such controversies are taboo.

The right-wing media have aided and abetted the Tories, who have long operated as agents of moral indignation. I can see a very clear, common framework of reference for prejudice and persecution here, Mr Cameron.

Proofs of practising witchcraft in Commentarius de Maleficius read a lot like Techniques of Neutralisation, (Sykes and Matza). The first “proof” is the identification of the “diabolical mark”. Usually, this was a mole or a birthmark. If no such mark was visible, the examiner would claim to have found an invisible mark. Or invent statistics. It seems using physical characteristics as an opportunity and excuse to persecute a social group is no new thing then, in the name of “God”, Mr Cameron. As you know.

Mr Duncan Smith claims to know of many invisible families with generations of witches, and feels the need produce imaginary statistics and to take measures to “prevent” this invisible culture of entitlement. To be afraid during the interrogatories is a sure sign of guilt.

This is called being Condemned by the condemners – it’s a formula ensuring an abdication of all responsibility for behaviour, and instead the condemned point to the people condemning them: they  are the problem, not us. What they have done “wrong” excuses persecution, appalling and unforgivable political behaviour and policies.

Mr Cameron, in 1540: Antonio Venegas de Figueroa, Bishop of Pamplona, sent a circular to the priests in his diocese, explaining that witchcraft was a false belief. He recommended medical treatment for those accused of witchcraft, and blamed the ignorance of the people for their confusion of witchcraft with medical conditions. Didn’t you get the memo?

…..For the extraordinarily evil and cruel are always with us.

Satirical swipes aside, Cameron’s deluded and quite alarming declaration that “divine inspiration was at work when it came to drafting a key concept for Conservative Party policy” is founded on the Tory affinity with hierarchies and social stratification – and this is reflected in the appeal to “higher authority”. Of course, much of our religious organisation is extremely hierarchical too. This is Cameron’s version of psychobabble, a warped and inverted idea of noblesse oblige, he’s clearly close to meltdown.

And what utter moral cowardice, Cameron’s claim is an attempt to endorse Tory policy by partially disowning responsibility for it himself. It’s obvious that Tory policies have not arisen from anything remotely resembling an “intelligent design”, from a christian deity or otherwise.

Marx said that: “Religion is the sigh of the oppressed creature, the heart of a heartless world, and the soul of soulless conditions. It is the opiate of the people”.  Yes, and for Cameron and his ilk, social control and moral codification is an attractive feature of religion. And aligning with a doctrine that makes a virtue of virtue, Cameron is attempting to add legitimacy to his unchristian and uncharitable “reforms”.

Max Weber’s The Protestant Ethic and the Spirit of Capitalism is a study of the relationship between the ethics of ascetic Protestantism, (which embodies values such as thrift, self help, and hard work) and the emergence of the spirit of modern capitalism.

Weber observed a correlation between being Protestant and being involved in business, and went on to explore religion as a potential cause of modern economic conditions. He concluded that the modern spirit of capitalism sees profit as an end in itself, and pursuing profit as virtuous.

Calvinism promoted the idea that profit and material success as signs and cues of God’s favour. Other religious groups, such as the Pietists, Methodists, and the Baptist sects had similar attitudes, but to a lesser degree. Weber proposed that that this new attitude broke down the traditional economic system, paving the way for modern capitalism, and once capitalism emerged, the ethic took on a life of its own. We are now locked into the spirit of capitalism.

Weber doesn’t exactly argue that Protestantism caused the capitalist spirit, but rather, that they are correlated. He also acknowledges the converse: that capitalism itself had an impact on the development of the religious ideas. It’s a teleology (a doctrine explaining phenomena by final causes) that would appeal to Cameron for obvious reasons.

Cameron clearly hasn’t spotted the gaping contradictions in what he claims. His cognitive dissonance arises from the fact that while he claims to hold true a predestination doctrine – that God has ordained all that will happen, especially with regard to the salvation of some and not others, (particularly associated with the teachings of St Augustine of Hippo and of Calvin), this contradicts Cameron’s beliefs that are evident in his “reforms” for the poor – which are based on the premise that the poor are responsible for their own circumstances, and may be “helped”, coerced, sanctioned and legislated into somehow different “choices” and circumstances.

Cameron fails to reconcile his apparent belief in predestiny with his punitive, welfare “reforms” apparently designed to coerce socially “responsible” ctizens into work.

You can’t argue from a perspective of predetermination that only poor people are responsible for their actions and situations of poverty – that only poor people have a degree of free will – and then go on to formulate punitive policies based on notions of “deserving” and “undeserving” poor people, and a redistribution of wealth from the poorest to the wealthiest. With a straight face.

The stunning hypocrisy and incoherence of Cameron’s claim to “divine inspiration” for such uncharitable, unkind, inhumane, persecutory and malevolent deeds as the welfare “reforms”, when empathy and compassion are so widely regarded to be central to Christianity, amongst a diverse range of religions and world-views, demonstrates only too well that Cameron lacks the integrity, depth, basic empathy and regard for others that is crucially required of a leader. 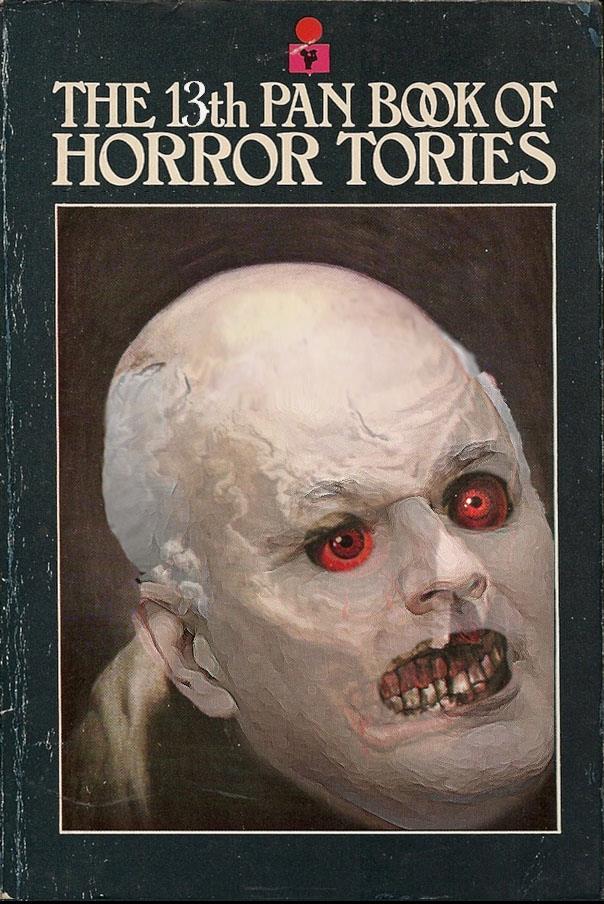