I have always maintained that Ed Miliband is a thoroughly decent Leader, and that he has integrity. Labour are the only truly democratic mainstream party. They consult with the public and respond, and I know from my own lobbying experiences that Labour respond reflectively and positively to our campaigning. They are listening. 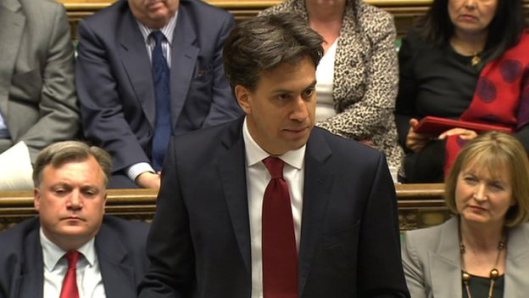 Champion of democracy: Ed Miliband told the country he wants Parliament to provide what the people want, signalling that Labour plans to return to the principles of democratic government that have been abandoned by the Conservatives and Liberal Democrats.

Hopefully the naysayers among Vox Political‘s readership will have a little more respect for Mr Miliband after today.

He is the first – and so far, the only – leader of a mainstream British political party to have correctly identified the biggest problem facing our democracy at this time:

The fact that people aren’t bothering to vote.

Here’s what he said, in his response to the Queen’s Speech:

“The custom of these debates is to address our opponents across the despatch box in this House, but today on its own that would be inadequate to the challenge we face.