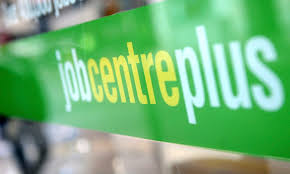 The Scottish Welfare Reform Committee has heard evidence at Holyrood about Jobcentres bullying claimants, often reducing them to tears.

The Committee heard from witnesses who are claimants on a first-name basis only because of fears that the disclosures may lead to sanctioning by the Department of Work and Pensions (DWP).

However, one witness, Nicholas Young, whose firm Working Links has a £167 million contract to find jobs for people on the Department for Work and Pensions’ (DWP) Work Programme, said conditionality – specifically benefit sanctions – “has had a really positive impact over a number of years”. He claimed such “conditionality” is a way of “encouraging active participation.”

He didn’t provide evidence of his claim, and he didn’t elaborate how punitive state sanctions that remove people’s lifeline social security – calculated to meet only basic needs such as food, fuel and shelter –  could possibly be regarded as “encouragement.”

His evidence to the Welfare Reform Committee was at odds with other witnesses, including the director of another DWP contractor. Paul de Pellette, director of fellow Work Programme contractor Ingeus, said  that sanctions are a “disincentive” to building trust.

He said: “If you’re an employment adviser working in the Work Programme, one of the most important things to have is to build trust and rapport with the people that are coming through the door.

“Therefore, the sanctions regime in some regards could be viewed as a disincentive for that because the reality is you want to have trust and rapport.”

Contractors delivering the DWP’s voluntary disability employment scheme Work Choice also warned the UK Government’s decision to devolve the employment schemes to Holyrood but keep the responsibility for implementing sanctions was a recipe for confusion.

SNP MSP Joan McAlpine said the Work Programme contractors appeared “unmoved” by research which found people on the work programme “are three times as likely to be sanctioned than find a job”.

Mr Young said: “I am absolutely not unmoved at all. The plight and the personal circumstances of our customers is incredibly important to us.”

He went on to say: “Single parents have long had conditionality attached to their benefits regime. I think it has had a really positive impact over a number of years.

He added: “I support the principle of conditionality as a way of encouraging active participation.”

However, although the Conservatives conflated sanctions with welfare conditionality under their welfare “reforms”, increasing the severity and frequency of sanctions as a punishment for “non-compliance”, sanctions and conditionality may also be regarded as mutually exclusive criteria, since state punishment need not be included in “encouraging” people to look for work.

Disabled people and lone parents already face additional barriers to finding work that are out of their control, and so to punish people in protected social groups potentially on the basis of their characteristics is discriminatory.

Another issue that was discussed is that those on welfare-to-work schemes spend all day having to repeatedly cold-call frustrated companies who do not have any work to offer, MSPs were told.

One witness, “Donna,” who had been made redundant after working all of her life gave evidence to the Committee, she said that Jobcentre advisers had bullied her, making her ill and stressed. She was a former Church of Scotland development worker from Glasgow.

She said of her first interview with the Jobcentre: “He made me feel like I was imagining my problems and I didn’t have any problems,”

“I would have been in a mental institution if I had stayed with that first adviser.”

“He was saying to me: ‘It’s not like you’ve got a leg missing.’ Each time he made me cry.

“I would have been in a mental institution if I had stayed with that first adviser – or I would have shot him.”

Another claimant called “Jake”, also from Glasgow, said: “Sometimes you sit on the phone from nine to five each day making calls for jobs but you know you’re not going to get anything. It’s depressing.

“The booklet I got was all of the cleaning companies, the laundry companies, you were just to phone up and say you’re looking for work. Most of them would say: ‘Don’t phone here again.'”

SNP MSP Christina McKelvie said the system amounts to “class warfare” with “propaganda” against the unemployed.

“A report from the DWP suggested only 24% of people going through the work programme were successful and only 9% of them were in a job after a year,” she said.

“The DWP had paid the providers £1.8bn since the scheme had started for that kind of outcome. Is all of that money worth it?”

Labour MSP Neil Findlay said: “If it is as described, this is in effect state-sanctioned cold-calling. This has really disturbed and upset me. In fact it has disgusted me.

“The system that we have created and the atmosphere in this system is so wrong, I find it incredible the more evidence that people present to us.

“It also disgusts me what they have done to public services on the frontline having to deal with people going through this bloody system, because I don’t think for one second 99.9% of them want to treat people like this.”

Alistair Kerr, head of quality and contract compliance at Work Choice contractor Momentum Scotland, said: “Any performance contracts have to have elements of conditionality to them, but if that is to the detriment of the most vulnerable across the UK then surely that should not be a model that should be adopted by the Scottish Government.”

Whilst the devolution of some aspects of Social Security continue to be debated during the passage of the Scotland Bill, the Welfare Reform Committee has focused on the practical implementation of the social security schemes outlined in the Smith Agreement.