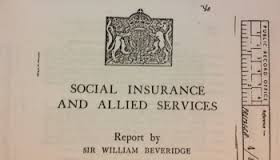 Historical research shows that the National Health Service (NHS) and welfare state are fundamental to a healthy, productive economy.

The government has been accused of following a “historically obsolete” welfare strategy by a team of Cambridge University researchers.

Research by Simon Szreter, Ann Louise Kinmonth, Natasha M Kriznik, and Michael P Kelly also supports the work of campaigners, charities and other academics raising their concerns about the harmful social and economic impacts of the Conservatives’ austerity measures. These include the draconian welfare “reforms” and the consequences of the increasing privatisation of and political under-investment in the NHS from 2012 onwards.

In an article published on Friday in The Lancet, titled  Health and welfare as a burden on the state? The dangers of forgetting history, the group of academics criticised Conservative austerity policies, which were instituted by David Cameron and George Osborne’s and continued by Theresa May and her chancellor Philip Hammond. The researchers point out that investment in welfare has always been crucial for Britain’s economic success.

The Conservatives have frequently claimed that welfare provision isn’t “sustainable”. Welfare support has been reduced so much that many people have been unable to meet even their most basic needs. Food and fuel poverty have significantly increased over the past four years, for example. We have witnessed the return of absolute poverty in the UK, something we haven’t seen since before the inception of the welfare state, until now. Social security is also harshly conditional, with punishment regimes and psycho-compulsion embedded in the diminishing “support” being offered. The emphasis has shifted from “support” to managing and enforcing poor citizen’s compliance and conformity.

Crucially, the researchers, who are based at St John’s College are opposing the idea that welfare and health spending is a “burden” on the country’s economy, arguing instead that economic prosperity is intrinsically tied to an adequate level of welfare provision.

Simon Szreter is a Professor of History and Public Policy at Cambridge’s Faculty of History. He writes: “The interests of the poor and the wealthy are not mutually opposed in a zero-sum game. Investment in policies that develop human and social capital will underpin economic opportunities and security for the whole population.”

The report also states: “The narrow view that spending on the National Health Service and social care is largely a burden on the economy is blind to the large national return to prosperity that comes from all citizens benefiting from a true sense of social security.”

The authors continue: “There are signs that Theresa May subscribes to the same historically obsolete view.

Despite her inaugural statement as Prime Minister, her Chancellor’s autumn statement signals continuing austerity with further cuts inflicted on the poor and their children, the vulnerable, and infirm older people.””

To support their position, the researchers point to the period of economic growth the UK experienced following the post-war settlement – including the development of the welfare state and the NHS, something which they argue also brought about greater equality, with the rich-poor divide falling to an all-time low during the 1970s.

Drawing on recent historical research, they also trace the origins of the British welfare state to reforms to the Poor Laws introduced under Elizabeth I in 1598 and 1601, and claim that investment in supporting the poorest citizens has always gone hand in hand with economic growth.

The report establishes an interesting and useful historical context, following the effect of welfare provision on the nation’s economic prosperity prior to the creation of the modern health and welfare apparatus and institutions that we are familiar with today, arguing that the concept of a British welfare state can be traced back to the reign of Elizabeth I. There are also parallels drawn in the report between the perceived problem of the “idle poor” during the Victorian era and the contemporary political narratives that intentionally label benefit claimants as “scroungers” who allegedly benefit unduly at the expense of “hard-working families”.

Many of us have drawn the same parallels over the past four years. In my  some of my own work, three years ago, I also compared the 1834 Poor Law Amendment Act – particularly the principle of less eligibility with the Conservative’s recent punitive and regressive approach to “making work pay”, which is about reducing social security provision, rather than raising national wages. Basically the idea behind both ideas is that any support given to people out of work needs to be punitive, and much less than the poorest wages of those in the lowest paid employment. That tends to drive wages down, as people who are desperate to survive have little bargaining power, and are more likely to be forced to work for much less, because employers can exploit a desperate reserve army of labour.

The Poor Law Amendment Act of 1834 is largely remembered through its connection to the punitive workhouses that were infamously instituted across Victorian Britain.

The researchers argue that, though the 1834 Act was passed out of “concerns” that the welfare system was being abused and was an unduly heavy burden on taxpayers, there isn’t any evidence that it had much an economic benefit. They also point out that Britain’s growth actually fell behind that of rival nations after 1870, only recovering in the 1950s, following the post-war settlement

Simon Szreter said: “We are arguing from history that there needs to be an end to this idea of setting economic growth in opposition to the goal of welfare provision. A healthy society needs both, and the suggestion of history is that they seem to feed each other.”