Neoliberalism is based on competitive individualism and mythical “market forces”. In such a competitive system, where the majority of people are left to sink or swim, most are pitched against the tide, as it were, since the very design of the economy means that only the wealthiest make significant gains.  It’s therefore inevitable there will be a few “winners” and many “losers”.

That’s what “competition” means. It means no rewards for most people – inequality and poverty for the 99%. It’s not possible to “work hard” to change this. Inequality is built into the very system of our socioeconomic organisation. Therefore it’s hardly fair or appropriate for a government to blame and punish people for the failings of their own imposed dominant ideology – a political and economic mode of organisation – which most ordinary people did not intentionally choose.

A  major report – State of child health – says that child health in the UK is falling behind that of many other European countries. It also confirms a strong link between growing inequality and poverty in the UK and increasing poor health and mortality. This comes at the same time as another key study found that poverty has a significantly damaging impact on the mental health and behaviour of children.

The report raises particular concerns over rates of mortality, mental health issues and obesity among the young. Children living in the most deprived areas are much more likely to be in poor health, be overweight, suffer from asthma, have poorly managed diabetes, experience mental health problems and die early.

The in-depth report, from the Royal College of Paediatrics and Child Health (RCPCH), has emphasised that poverty is the cause of many child health problems.

UK health ministers claim that money was being invested in services to help tackle health inequalities.

The report looked at 25 health indicators, including asthma, diabetes and epilepsy, as well as obesity, breastfeeding and mortality, to provide a snapshot of children’s health and wellbeing.

It said there had been huge improvements in child health in the UK in the past 100 years, but since the mid-1990s “there has been a slowing of progress”.

This has left the UK falling behind other European nations in a number of league tables. For example, in 2014 the UK had a higher infant mortality rate (of 3.9 per 1,000 live births) than nearly all comparable Western European countries.

Infant mortality ranges from 3.6 in Scotland to 3.9 in England and Wales, and 4.8 in Northern Ireland.

Rates of smoking during pregnancy – an important factor in the health of babies – are also higher in the UK than in many European countries, at 11.4% in England and nearly 15% in Scotland.

Levels of smoking were highest in deprived populations and in mothers under 20, the report found.

Also, more than one in five children starting primary school in England, Wales and Scotland are overweight or obese, and there has been little improvement in these figures over the past 10 years.

In 2010 a report for the government in England by Sir Michael Marmot set out the social factors governing health and pointed to the role of a child’s early years in determining life chances. Now, leading child health experts are saying that little progress has been made since then and that health inequality is still blighting the lives of young people.

The Royal College of Paediatrics and Child Health has stated that the wide gap between rich and poor is damaging infant health around the UK.

The college president, Professor Neena Modi, argues that a lot more needs to be done to improve child health and that it is “particularly troubling that stark inequalities have widened in the last five years.”

The report says that the UK ranks high amongst Western European countries on mortality rates for infants under the age of one. Deprivation is strongly correlated with death rates among children.

The report says that many of the causes of infant mortality are preventable and asserts that issues such as fetal growth restriction disproportionately affect the least advantaged families in society. Diet and adequate nutrition, for example, play a key role in healthy birth weight.

Reducing child poverty, with benefits and housing policy playing a part, are crucial for improving infant survival, according to the report.

New mortality data was published in January by the Office for National Statistics, which also underlines the scale of inequalities in the UK.

Modi also said: “Poor health in infancy, childhood, and young adult life will ultimately mean poor adult health, and this in turn will mean a blighted life and poor economic productivity. The UK is one of the richest countries in the world; we can and must do better, for the sake for each individual, and that of the nation as a whole.”

The report calls for child health to be pushed high up the government’s agenda, as a cross-departmental issue. Each government – Scotland, Wales, Northern Ireland and England – should develop a child health and wellbeing strategy and consider children’s health in all policymaking.

Both type 1 and type 2 diabetes are on the rise

According to the report, there was also evidence that young people in the UK had low wellbeing compared with other comparable countries.

Type 2 diabetes is increasing. However, the report said that the UK could do much better at monitoring and managing type 1 diabetes, which is an increasingly common autoimmune condition amongst children and young people in the UK, though unrelated to “lifestyle choices” or obesity. It can lead to very serious long-term health problems if it isn’t adequately medically monitored and managed.

The report lays out a number of key recommendations for improving the health and wellbeing of the nation’s children.

The high number of Sure Start centre closures runs counter to the government’s rhetoric on improving children’s life chances across society. Sure Start was an innovative and ambitious Labour government initiative, introduced in 1998, aimed at supporting the most deprived families and safeguarding children. In 2010, Gordon Brown said the Conservatives would cut Sure Start spending by £200m, forcing 20% of all centres to close. Maria Miller, the (then) shadow children’s minister, dismissed this as “scaremongering”, saying the scheme had the Conservative party’s “full commitment”.   However, increasing numbers of the centres have shut under the coalition and Conservative governments, with 12 closing in 2011, 27 in 2012 and 33 in 2013. In 2014 the number increased to 85, and then 156 in 2015.

“Children’s centres are a vital source of advice and practical support for families – especially those more disadvantaged families – and so for so many to be disappearing at a time when there is so much government rhetoric on ‘closing the gap’ and improving children’s life chances seems completely contradictory,” he said.

The State of Child Health report said poverty left children from deprived backgrounds with far worse health and wellbeing than children growing up in affluent families.

One in five children in the UK is living in poverty, the report says, though other estimates have been higher.

The report urges the four governments of the UK to reduce the growing health gap between rich and poor children.

Key messages to governments from the report

An ‘all-society approach’ is needed

Professor Modi who is the president of the Royal College of Paediatrics and Child Health, said she was disappointed by the findings of the report.

“We know the adverse economic impact of poor child health on a nation and yet we singularly seem to be incapable of doing anything substantive about it.”

Modi said other European countries had much better results than the UK in closing the health gap between rich and poor children.

“Their policies are much more child friendly and child focused,” she said.

“We have a tokenistic recognition of the importance of child health in all policies in this country, but we don’t have that translated into real action.”

She added the UK could transform the health gap with an “all-society approach”.

“As citizens we can say very loudly and clearly we do want a focus on child health and wellbeing… we can bring in child health in all national policies and make sure our government does have a strategy that crosses all departments.”

“We are nowhere near where we should be on children’s wellbeing and health given our relative wealth. In the face of a projected 50% increase in child poverty by 2020, this report should sound alarms. It is saying that unless we act, the price will be high – for our children, our economy and our overstretched NHS which will take the knock-on effects.

A cross-governmental approach, considering child health in every policy, was the right one, Garnham said. “But the overall question the report raises for our prime minister is will she continue with the deep social security and public service cuts she inherited – to the detriment of our children’s health – or will she act to ensure that families have enough to live on so that all children get a good start? If other comparable countries can produce results that put them in the top ranks for child health, why not us?”

A spokesman from the Department of Health in England claimed the government would be investing more than £16bn in local government public health services to “help tackle inequalities.”

There was no mention, however, of protecting children from poverty. The austerity programme, which impacts on the poorest citizens most of all, and other government policies cannot possibly do anything else but extend and deepen social inequalities. 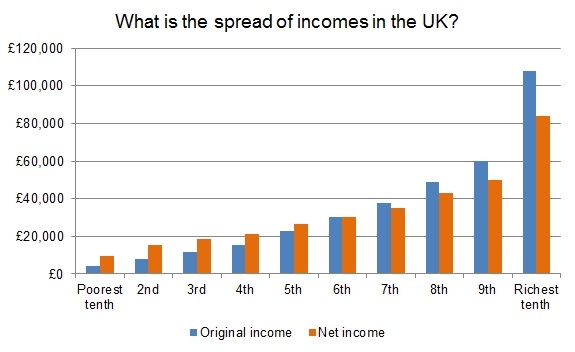 Our children are the first generation in the UK in a very long time, if ever, to have much less than their parents and grandparents. Their lives are far less secure than ours have been. It’s not because of a lack of resources, it’s because of the greed of a small ruling elite and because of neoliberal ideology and policies. We have already lost the social gains of our post-war settlement: public services, social housing, legal aid, universal welfare and unconditional healthcare are either gone, or almost gone.

We must not allow this steady dismantling of our shared, public services, supports and safeguards to continue, as a society. We are one of the wealthiest nations in the world, and we have sufficient resources to support those most in need. It’s simply that the government chooses not to, preferring to be generous to the wealthiest minority, with tax cuts handed out from the public purse, and spending our public finds on being “business friendly” instead of recognising and reflecting public needs.

We must work together to challenge the toxic dominant ideology that places profit over and above human need and social wellbeing. We each share some of the responsibility for this. We now need to work on how to change this for the better, collectively. For our children and the future. 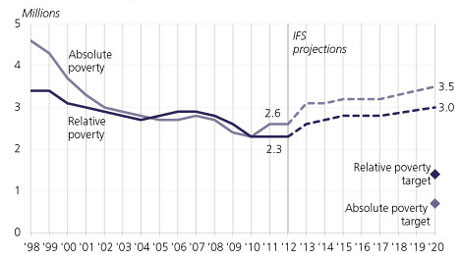 Nearly two-thirds of children in poverty live in working families

Health cuts most likely cause of steep rise in mortality, government in denial

I don’t make any money from my work. But you can help me continue to research and write informative, insightful and independent articles, and to provide support to others by making a donation. The smallest amount is much appreciated – thank you.