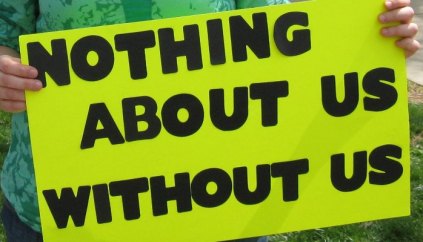 The British Psychological Society (BPS) has responded jointly with other psychological bodies to call on the UK Government to suspend its cruel and degrading benefit sanctions regime.

The BPS say that the government should suspend its benefit sanctions system as it fails to get people back to work and damages their mental health. s

The professional bodies highlight evidence that sanctions, or the threat of sanctions (benefit cuts following a claimant’s failure to comply with jobcentre conditions, e.g. missing an appointment with their work coach) can result in destitution, hardship, widespread anxiety and feelings of disempowerment.

Findings from the National Audit Office  show that there is limited evidence the sanctions system actually works, or is cost effective. The bodies argue that the Government needs to change focus from trying to make unemployment less attractive, to trying to make employment more attractive.

While there is evidence that the sanctions process is undermining mental health and wellbeing, there is no clear evidence that it leads to increased employment.  Vulnerable people with specific multiple and complex needs are being disproportionately affected by the increased use of sanctions.”

In order to improve mental health, the bodies have also called for:

The Mental Wealth Alliance have written a response to the collective statement on benefit sanctions and mental health:

British Association for Counselling and Psychotherapy

We welcome the call from the psychological therapy bodies for the government to suspend the use of sanctions by the DWP subject to the outcomes of an independent review of its welfare policies and their potential damage to the mental health of benefit claimants. Given the accumulation of evidence over many years of the material and psychological suffering inflicted on benefit claimants by workfare-based conditionality[2], it has been frankly shocking that the professional bodies directly concerned with the mental health of the nation have preferred to welcome and participate in workfare policies rather than publicly and vociferously dissociate themselves.

The timing of the statement is given to be the recent report on sanctions by the National Audit Office. Welcome as its report is, the NAO’s perspective on government policy is primarily monetary, not one of health, ethics and social justice. Its “vision is to help the nation spend wisely”.  The choice of this timing represents realpolitik on the part of the professional bodies no doubt, as perhaps is the intention of the conditional statement: “The sanctions process may be detrimental to people’s mental health and wellbeing”. But surely as psychotherapists and counsellors we can do better to represent the overwhelming evidence of personal suffering on such a scale than point to poor returns on expenditure and an ambivalent proposal that sanctions may be detrimental to people’s mental health.

Sanctions are only one dimension, albeit at the sharp end, of a welfare regime based on the political assertion that people need to be coerced off benefits and “nudged” into work. The psychological pressure of WCA and PIP assessments, job search rules, work programmes on “good employee” behaviours and the regular cuts to welfare benefits generally are part and parcel of the psycho-compulsion of the DWP benefits regime.[3]

We dispute the government’s premise that work is a therapeutic priority for people suffering from mental health difficulties. The marshalling of evidence for this modern-day workhouse mentality lacks both substance and integrity. Work has become the ideological mantra for neoliberal welfare policies.

When the professional bodies say, “an estimated 86-90% of people with mental health conditions that are not in employment want to work”, they are supporting the proposition that getting into work is an overwhelmingly important and efficacious goal for this group of benefit claimants. It is not clear where this figure comes from and what it means.

A similar figure is quoted by The Royal College of Psychiatrists’ report on Mental Health and Work (2013)[5], making use of a Sheffield study by J. Secker and others (2001)[6]. In fact, Secker finds that of their sample of 149 unemployed service users, when asked if they were interested in work of any kind – including voluntary and supported work –  “around half (47%) responded positively, and almost the same proportion (43%) had a tentative interest. Only 15 people (10%) had no interest in work”. At the same time, only 25% of respondents saw full-time employment as a long-term goal. 71% said that their preferred vocational assistance would be “help for mental health/keep current service”.[7]

This study does not translate into “86-90% of people with mental health conditions that are not in employment want to work”.[8] What it points to is the complex texture of attitudes, desires and fears around waged work that are the common experience of service users, alongside the harsh realities of the current labour market, the socio-economic environment generally, and the dire state of mental health services of all kinds more particularly.[9]

From our point of view, the professional bodies’ statement is a step in the right direction. It is a step that must now be followed through with active political pressure on the DWP and the Dept of Health to suspend sanctions and set up an independent review of their use, including the damage they inflict on people’s mental health.  Parliament has already called for such a review.[10]

But more than this, the remit of such a review should include all aspects of conditionality in a benefits system that deploy psycho-compulsion through mandatory rules or through the more subtle imposition of behavioural norms which aim to override the claimant’s voice.

We again suggest that the psy professional bodies would benefit by widening their own conversations to include service users and the rank and file of their membership. They would also win more credibility as organisations with ethical and social values independent of the government’s policies of dismantlement of social security and the welfare state if they were willing to make transparent their currently private conversations with DWP.

[1] Mental Wealth Alliance (MWA), formerly the Mental Wealth Foundation, is a broad, inclusive coalition of professional, grassroots, academic and survivor campaigns and movements. We bear collective witness and support collective action in response to the destructive impact of the new paradigm in health, social care, welfare and employment. We oppose the individualisation and medicalisation of the social, political and material causes of hardship and distress, which are increasing as a result of austerity cuts to services and welfare and the unjust shift of responsibility onto people on low incomes and welfare benefits. Our recent conference focused on Welfare Reforms and Mental Health, Resisting the Impact of Sanctions, Assessments and Psychological Coercion.

[2] Parliamentary committees, the national press, endless reports from charities, service user organisations, people with disabilities, claimants unions and workfare campaigners have been reporting the physical and psychological damage of ‘welfare reform’ and its tragic outcomes for a decade.

[4] In February 2015 over a million people claiming ESA under a MH diagnosis were in either the Support Group or WRAG. Over 70% of new applicants for ESA are found unfit for work

[9] For example, some of this complexity is flagged by Blank, Harries and Reynolds (2012) The meaning and experience of work in the context of severe and enduring mental health problems: An interpretative phenomenological analysis Work: 47 45(3)    “Stigma, the disclosure of a mental health problem and the symptoms of the mental health problem are frequently described, as well as feelings of hopelessness, seeing recovery as uncertain, and feeling a lack of encouragement from services. Difficulties in accessing occupational health services, having a disjointed work history, lack of work experience, age, lack of motivation and fears about competency, as well as the social benefits system and caring commitments, are also experienced as barriers to accessing employment for people with mental health problems.”