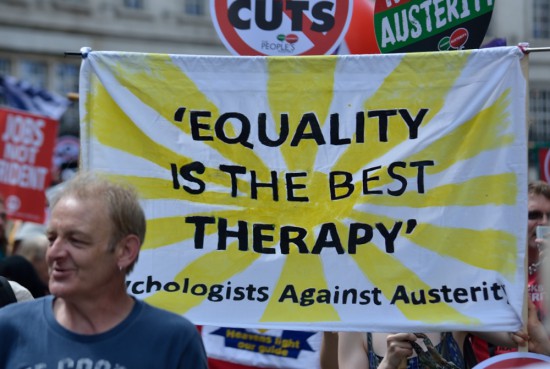 The UK’s leading professional associations for psychological therapies have reaffirmed their opposition to welfare sanctions.

In a joint response to the recent report of the Welfare Conditionality project, the organisations say:

“Our key concerns remain that not only is there no clear evidence that welfare sanctions are effective, but that they can have negative effects on a range of outcomes including mental health.

“We continue to call on the Government to address these concerns, investigate how the jobcentre systems and requirements may themselves be exacerbating mental health problems and consider suspending the use of sanctions subject to the outcomes of an independent review.”

The organisations reaffirmed the clear position against welfare sanctions that they took in a 2016 joint response.

“We are delighted to sign this joint statement. The Society has seen increasing evidence that benefit sanctions undermine people’s health and wellbeing, and that people with multiple and complex needs are disproportionately subject to them.”

I’ve written a lot of critical articles over the last few years about the government’s controversial welfare policies. The Conservatives claim that welfare sanctions “incentivise” people to look for work. However, the authoritarian application of a behaviourist idea – that punishment somehow motivates people to “change their behaviour” – especially when such punishment involves the cruel and barbaric removal of people’s means of meeting their most fundamental survival needs – food, fuel and shelter – contradicts conventional wisdom and flies in the face of a substantial body of empirical evidence.

Making provision for meeting fundamental human needs so rigidly conditional is an atrociously brutal act. There is simply no justification for a government in a very wealthy democracy to behave in such an inhumane manner.

Social security is a safety net that most people have contributed towards. It came into being to ensure that no citizen would face absolute poverty – hunger and destitution – when they experience hardships, in a civilised and civilising democracy.

Punitive welfare sanctions are an extremely regressive policy. It was widely recognised during the 1940s that absolute poverty reduces citizens’ motivation and prevents us from fulfilling our potential at an individual level and as a society.

Click here to read the statement from the five organisations.

Stigmatising unemployment: the government has redefined it as a psychological disorder

The power of positive thinking is really political gaslighting

The politics of punishment and blame: in-work conditionality

Disabled people are sanctioned more than other people, accordingto research