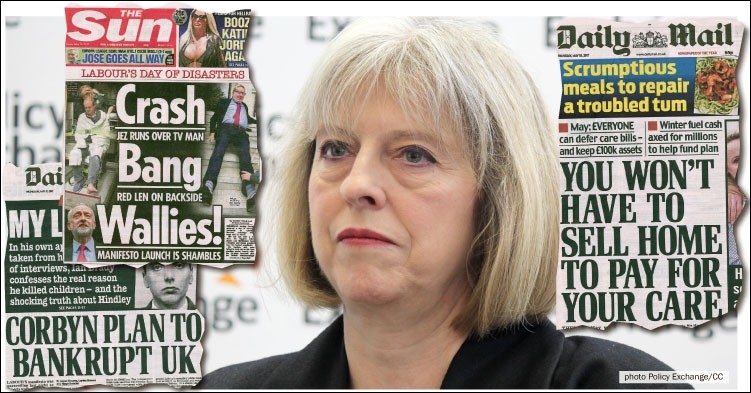 We have long had serious concerns about the lack of due impartiality and accuracy in the reporting of allegations of antisemitism against Jeremy Corbyn and the Labour party. The recent report by the Media Reform Coalition examining coverage of Labour’s revised code of conduct on antisemitism shows that we are right to be concerned.

The research examined over 250 articles and broadcast news segments and found over 90 examples of misleading or inaccurate reporting. In relation to the IHRA definition of antisemitism that was at the heart of the dispute, the research found evidence of “overwhelming source imbalance” in which critics of Labour’s code of conduct dominated coverage, with nearly 50% of Guardian reports, for example, failing to include any quotes from those defending the code or critiquing the IHRA definition. Moreover, key contextual facts about the IHRA definition – for example that it has only been formally adopted by eight countries (and only six of the IHRA member states) – were consistently excluded.

The researchers conclude these were not occasional lapses in judgment but “systematic reporting failures” that served to weaken the Labour leadership and to bolster its opponents within and outside of the party.

It is of course entirely appropriate and necessary for our major news outlets to report on the horrors of antisemitism, but wrong to present it as an issue specific to the Labour party.

In covering the allegations that Labour is now “institutionally antisemitic”, there have been inaccuracies, clear distortions and revealing omissions across our most popular media platforms. We believe that significant parts of the UK media have failed their audiences by producing flawed reports that have contributed to an undeserved witch-hunt against the Labour leader and misdirected public attention away from antisemitism elsewhere, including on the far right, which is ascendant in much of Europe.

The Media Reform Coalition has conducted in-depth research on the controversy surrounding antisemitism in the Labour Party, focusing on media coverage of the crisis during the summer of 2018.

The coalition say: “Following extensive case study research, we identified myriad inaccuracies and distortions in online and television news including marked skews in sourcing, omission of essential context or right of reply, misquotation, and false assertions made either by journalists themselves or sources whose contentious claims were neither challenged nor countered. Overall, our findings were consistent with a disinformation paradigm.

We use the concept of disinformation to denote systematic reporting failures that broadly privileged a particular political agenda and ideological narrative. This does not mean that these failures were intentional or that journalists and news institutions were inherently biased. We recognize, for instance, that resource pressures combined with acute and complex controversies can foster particular source dependencies or blind spots.

Nor does our research speak in any way to allegations of smear tactics. To interrogate the root causes of disinformation would necessitate a far more wide-ranging study than was undertaken here. We start from the well-founded assumption that concerns about antisemitic hate speech within the Labour Party are genuine and not necessarily or entirely misplaced. There have been unambiguous examples of racist discourse invoking holocaust denial, generalized references to Jews in stereotyped contexts, and critiques of Zionists or Zionism that explicitly use the terms as proxies for Jews. Some of these cases have involved holders of official positions within the party, including local councilors.

Alongside such cases, there is a contested category of discourse that may be considered offensive or insensitive but not necessarily racist. Indeed, determining what counts as antisemitism lies at the heart of the wider controversy that has been played out in reams of column inches and air time since 2015, and with particular intensity during the spring and summer of 2018. We reserve judgement on this central point of contention but acknowledge legitimate views on both sides, as well as a spectrum in which relatively extreme and moderate positions are easily identifiable.

We recognize that this controversy – on the surface at least – involves prominent voices in a minority community accusing a major political party of harbouring racism directed towards them. What’s more, these voices have been vocally supported by many high profile Labour MPs. In such circumstances we expect journalists to take these concerns seriously, view them as inherently newsworthy, and not necessarily afford equal time and attention to contesting views. It is also important to stress that journalists must be allowed – on occasion – to get the story wrong: the public interest is never served by an overly cautious press.

But we do expect professional journalists to strive for accuracy, to establish essential contextual facts in any given story, and to actively seek out dissenting or contesting opinion including, in this case, within the minority group in question, within other affected minorities, and amongst relevant experts (both legal and academic). Nor do the particular complexities and sensitivities absolve journalists of their responsibility to offer a due right of reply to the accused or to interrogate contentious claims made by sources on all sides.

Overall, we found 95 clear cut examples of misleading or inaccurate reporting on mainstream television and online news platforms, with a quarter of the total sample containing at least one such example. The problem was especially pronounced on television – which reaches far wider audiences by comparison – where two thirds of the news segments on television contained at least one reporting error or substantive distortion.“

Journalism in the UK is under threat from a repressive, authoritarian government

I don’t make any money from my work. I am disabled because of an illness called lupus. If you want to, you can help by making a donation to help me continue to research and write informative, insightful and independent articles, and to provide support to others.

I’m currently working on a very old, borrowed, temperamental and slow laptop as mine has broken. I am trying to raise money to buy a reconditioned one so I can keep working. The smallest amount is much appreciated – thank you.