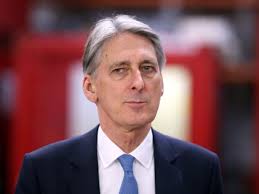 The Resolution Foundation is a non-partisan think tank that works to improve the living standards of those in Britain on low to middle incomes.

Who gains most from the Chancellor's income tax cuts next year? The richest tenth of households are overwhelmingly the biggest winners pic.twitter.com/HpeiVxDGbG

But austerity isn't over when it comes to social security. The benefit freeze is going ahead next year – saving the Exchequer £1.5bn but costing a couple with children in the bottom half of the income distribution £200 pic.twitter.com/RyxvtrSItb

The big print giveth and the small print taketh away.

Torsten Bell, director of the Resolution Foundation, says about the budget:

“In today’s budget, the chancellor has significantly eased – but not ended – austerity for public services. However, tough times are far from over.

The chancellor has set out plans to spend almost all of a very significant fiscal windfall on extra spending for the NHS, bringing to a close the era of falling overall public service spending. But unprotected departments are still on course for spending cuts into the 2020s – averaging 3% between 2019 and 2023.

The chancellor has also delivered a welcome boost to [‘hard working’] families on universal credit worth £630 a year.”

Tomorrow the Resolution Foundation and the Institute for Fiscal Studies will both be publishing detailed assessments of the budget. I will be scrutinising these and commenting on them.

Austerity over? Corbyn shreds the Tory lies. The video the mainstream won't show… You know what to do People. pic.twitter.com/TJpwBP1JFH