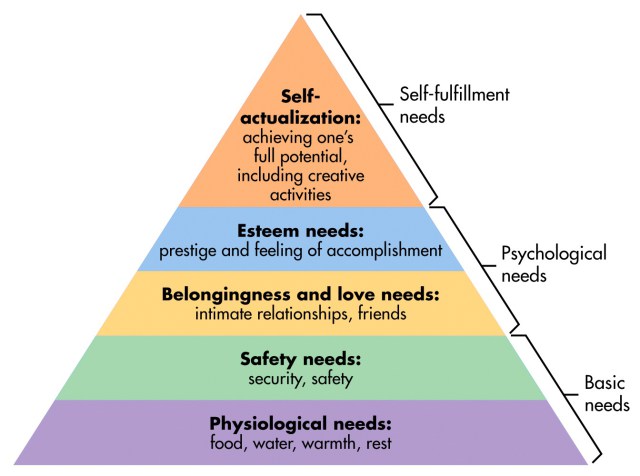 If we  cannot fulfil our most basic survival needs, we cannot be motivated or “incentivised” to do anything else.

Here are two articles about the terrible, extremely harsh and punitive consequences of the governments’ historically regressive, ethically challenging benefit sanctions regime. This is a very cruel and limited application of operant conditioning: the government are applying punishment to vulnerable people who need the support of lifeline benefits to meet their fundamental survival needs, under the guise of “paternalistic libertarianism.”

The punishments are applied most frequently to the most vulnerable people. Our welfare system was designed to support people, but under the Tory-led Coalition, it has been transformed into an administration that is run on unethical principles, akin to the Milgram experiment, with the difference that the punishments used are real, and decisions to punish welfare claimants are resulting in very real and terrible consequences.

It’s a biological fact that when people cannot meet their basic survival needs – food, fuel and shelter – they will die. Everybody understands this, no matter how well-insulated by personal wealth they may be. The government understands this.

The welfare “reforms” are harming people, and are causing deaths.

Article from The Guardian by Darren Head

“I was ill with hunger, went to prison for stealing food and became homeless”

In collecting evidence for his review of the failings of the benefits sanctions process, welfare expert Matthew Oakley could have spoken to me. Since 2011, I’ve been sanctioned many times. I received a long benefits sanction due to a mix-up about Work Programme courses I should have attended as a condition of receiving out-of-work benefits. Life became hell. Once my food had run out, I had no money to buy more. I was sent back on the Work Programme but without funds to feed myself. The hunger was unbearable. I did not have the energy to turn up. This led to another sanction.

The sanctions became a vicious cycle as I became too ill to do anything. When I did get a job interview, I looked like a zombie as I had lost so much weight. I could not focus properly and lacked energy. Support from friends and family fell away as they assumed I was addicted to drugs. I was just hungry. I tried contacting my local MP but he did not seem interested. I felt alone and trapped. With nobody to turn to, and feeling like it was my only option, I pocketed a sandwich from a supermarket. I was arrested and fined £80. I had no way of paying and spent a week in prison for non payment. I lost my flat as I was £1,000 in rent arrears and I had piles of outstanding bills.

After a year without benefits, I approached a local homeless shelter for help. They took me in and fed me until the sanction was over. It was only in the hostel that I discovered that I was entitled to hardship payments, of which the Jobcentre had failed to inform me. I now volunteer at the homeless shelter as a thank you for all their help and because it feels good to help feed hungry people. I’ve tried my hardest to avoid more sanctions, but I’ve since been sanctioned for missing my signing in appointment, because I was at a job interview, of all things.

And I’m not alone. A research programme I’m involved in at Leeds University has heard from other people, such as Chloe, who was sanctioned for not doing enough to find work. “Four to eight weeks with no money is pretty alarming when you’ve got kids and bills and a house to run. I think I’ve cried solid for two weeks. I can’t cope,” she told researchers.

As Rosie, another single mother from the study put it: “They’re all right saying that you’re sanctioned as a punishment for not going in [for an appointment] but what am I and my son meant to eat? If that’s the only money we’re getting, what are we meant to do?” I thought “sanctions” were for criminal countries who pose a threat to the world. But now I know they are used against ordinary citizens too.

On Wednesday Gill Thompson is launching a petition on behalf of her brother David Clapson – who died after being sanctioned.

It calls on David Cameron to hold an inquiry into benefit sanctions – the term for when money is withheld from welfare claimants as a punishment.

“My brother David Clapson, a diabetic ex-soldier, died starving and destitute because he was penalised by the Job Centre for missing a meeting,” the petition says.

“David had his £71.70 weekly allowance stopped, meaning he couldn’t afford food or electricity. He was penniless, starving and alone.

“His electricity card was out of credit, meaning the fridge where he should have kept his diabetes insulin chilled was not working.

“Three weeks after his benefits were stopped he died from diabetic ketoacidosis – caused by not taking his insulin.”

David’s story is awful beyond measure. He had worked for 29 years, including five in the Army and 16 with British Telecom, and been a carer for several years for his sick mother.

When he died he had just £3.44 to his name, six tea bags, a tin of soup and an out-of-date can of sardines. A coroner also found he had no food in his stomach.

I have written many times about the cruelty of sanctions and the need for the independent inquiry called for by Debbie Abrahams MP.

Abrahams even thought she had got Esther McVey to agree to one at a Work and Pensions Select Committee meeting – but the Government backtracked after the meeting.

I believe there may be a link between unemployment figures and sanctions – and that is what an inquiry needs to confirm or deny. It also needs to explain why almost one million poor, unemployed and vulnerable people needed “punishing” last year.

A few months ago, a campaigner sent me a link to a desperate message on David Cameron’s Facebook page. It was a suicide note, written to the PM by a mother who said she had been sanctioned to live on £25 a week for not attending the Work Programme.

The letter said she had been unable to attend because of mental health problems including anxiety, agoraphobia and post traumatic stress disorder.

“You see, I don’t really want to live any more,” the letter read. “Not in the world you have created… I prefer this way to starving to death.

“Please tell my daughter I loved her very much and am doing this to protect her.” When I tracked down the woman, she had survived her suicide attempt.

But she had given up her daughter to social services, fearing that she couldn’t afford to feed her – and because she felt the effect the stress had had on her mental health meant she could no longer care for her.

Her daughter remains in care.

“How could I attend the Work Programme?” she asked me. “I can’t even leave my own front door.”

The same week, in this column, I told the story of a Job Centre Plus adviser for 20 years, who warned of a “brutal and bullying” culture setting customers up to fail.

“The pressure to sanction customers was constant,” he said. “It led to people being stitched up on a daily basis.”

The Coalition toughened the sanctions regime for benefit claimants in 2012. Charities including the Joseph Rowntree Foundation, Gingerbread and St Mungo’s have warned that sanctioned claimants face “destitution”.

Meanwhile, food bank provider the Trussell Trust has linked the sanction regime to people being forced to turn to food banks.

In January, I interviewed the family of Sheila Holt, forced on to the Work Programme at the threat of sanctions. Her mental health problems meant she was too terrified to attend.

Sheila’s family say the pressure led to her being sectioned, and ultimately to her having a heart attack which left her in a coma.

Nine months later, Sheila is still in hospital and is now being moved to a special nursing home as doctors say she is unlikely to fully regain consciousness.

“She still can’t breathe by herself. She can’t speak, but we think maybe she can hear us. She cries if the nurse touches her.”

In May, Kenneth received a full apology from the then Minister for Disabled People, Mike Penning.

“The minister told me he was very sorry,” Ken told me, after travelling to the DWP with his MP, Simon Danczuk.

“He said Sheila should never, ever have been treated the way she was.

“He said: ‘I promise you this will not happen to any other family. The buck stops with me’.”

Penning has since been moved from the DWP to become Police Minister.

The DWP says sanctions are a necessary means of getting people into work. “The overwhelming majority of jobseekers do the right thing in return for their benefits, for example by looking for work and turning up to appointments and job interviews,” said a DWP spokesman.

“Decisions to sanction the small minority of claimants for not doing all they can to look for work are not taken lightly – and we have robust checks, appeals processes and hardship payments in place for those who disagree or who need further financial support.”

But what Gill Thompson, Sheila’s family, and the woman who wrote to David Cameron all want to know is how can the Government justify a punitive system that is driving people to foodbanks, to starvation and death.

Punishing Poverty: A review of benefits sanctions and their impacts on clients and claimants

The targeting, severity and impact of sanctions on benefit claimants needs urgent review 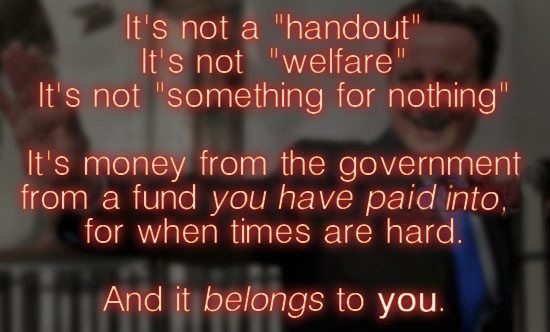 With thanks to Robert Livingstone