The Work and Pensions Committee opened an in-work progression in Universal Credit inquiry on the 9th December.

Background of the inquiry

The Department for Work and Pensions (DWP) intends to establish an “in-work service”, designed to encourage individual Universal Credit claimants on very low earnings to increase their income. Benefit payments may be stopped if claimants fail to take action as required by the DWP. The DWP is conducting a range of pilots to test different approaches but there is very little detail about these. The new regime might eventually apply to around one million people.

The Committee is considering the Department’s plans and options for a fair, workable and effective approach.

These measures will make benefit payments to people who are in work, but on low earnings, conditional on them taking certain steps to increase their pay or hours.

Scope of the inquiry:

The deadline for submissions is Monday 18 January 2016.

“The welfare-to-work strategy of successive governments has begun to crack the dependency on out-of-work benefits that had appeared to be an almost intractable problem. Efforts now also need to be focused on a welfare-to-work strategy that not only moves claimants off out-of-work benefit, but more importantly helps them move up the pay ladder and out of poverty. Too many people on low benefit incomes have been encouraged into low-paid jobs whose rewards are only brought up to a more acceptable income level by tax credits and other in-work benefits. I hope our Committee therefore will examine the available evidence and carefully develop an approach to in-work support which is effective, and which people accept as fair.”

I will publish my own submission, prompted by Frank Field’s spectacularly misguided and conservative statement, in due course. Here are a few of the issues and concerns I will be raising:

Field refers to the Conservative “dependency” myth, yet there has never been any empirical evidence to support the claims of the existence of a “culture of dependency” and that’s despite the dogged research conducted by Keith Joseph some years ago, when he made similar claims. In fact, a recent international study of social safety nets from The Massachusetts Institute of Technology (MIT) and Harvard economists categorically refutes the Conservative “scrounger” stereotype and dependency rhetoric. Abhijit Banerjee, Rema Hanna, Gabriel Kreindler, and Benjamin Olken re-analyzed data from seven randomized experiments evaluating cash programs in poor countries and found “no systematic evidence that cash transfer programmes discourage work.”

The phrase “welfare dependency” diverts us from political discrimation via policies, increasing inequality, and it serves to disperse public sympathies towards the poorest citizens, normalising prejudice and resetting social norm defaults that then permit the state to target protected social groups for further punitive and “cost-cutting” interventions to “incentivise” them towards “behavioural change.”

Furthermore, Welfare-to-Work programmes do not “help” people to find jobs, because they don’t address exploitative employers, structural problems, such as access to opportunity and resources and labor market constraints. Work programmes are not just a failure here in the UK, but also in other countries, where the programmes have run extensively over at least 15 years, such as Australia.

Welfare-to-work programes are intimately connected with the sanctioning regime, aimed at punishing people claiming welfare support. Work programme providers are sanctioning twice as many people as they are signposting into employment (David Etherington, Anne Daguerre, 2015), emphasising the distorted priorities of “welfare to work” services, and indicating a significant gap between claimant obligations and employment outcomes.

The Conservatives have always constructed discourses and shaped institutions which isolate some social groups from health, social and political resources, with justification narratives based on a process of class-contingent characterisations and the ascribed responsiblisation of social problems such as poverty, using quack psychology and pseudoscience. However, it is socioeconomic conditions which lead to deprivation of opportunities, and that outcome is undoubtedly a direct consequence of inadequate political decision-making and policy.

It’s worth bearing in mind that many people in work are still living in poverty and reliant on in-work benefits, which undermines the libertarian paternalist/conservative case for increasing benefit conditionality somewhat, although those in low-paid work are still likely to be less poor than those reliant on out-of-work benefits. The Conservative “making work pay” slogan is a cryptographic reference to the punitive paternalist 1834 Poor Law principle of less eligibility.

The government’s Universal Credit legislation has enshrined the principle that working people in receipt of in-work benefits may face benefits sanctions if they are deemed not to be trying hard enough to find higher-paid work. It’s not as if the Conservatives have ever valued legitimate collective wage bargaining. In fact their legislative track record consistently demonstrates that they hate it, prioritising the authority of the state above all else.

There are profoundly conflicting differences in the interests of employers and employees. The former are generally strongly motivated to purposely keep wages as low as possible so they can generate profit and pay dividends to shareholders and the latter need their pay and working conditions to be such that they have a reasonable standard of living.

Workplace disagreements about wages and conditions are now typically resolved neither by collective bargaining nor litigation but are left to management prerogative. This is because Conservative aspirations are clear. They want cheap labor and low cost workers, unable to withdraw their labor, unprotected by either trade unions or employment rights and threatened with destitution via benefit sanction cuts if they refuse to accept low paid, low standard work. Similarly, desperation and the “deterrent” effect of the 1834 Poor Law amendment served to drive down wages.

In the Conservative’s view, trade unions distort the free labor market which runs counter to New Right and neoliberal dogma. Since 2010, the decline in UK wage levels has been amongst the very worst in Europe. The fall in earnings under the Coalition is the biggest in any parliament since 1880, according to analysis by the House of Commons Library, and at a time when the cost of living has spiralled upwards. And whose fault is that?

It’s certainly not the fault of those who need financial support to meet their basic survival needs despite being in employment.

Send a written submission through the in-work progression in Universal Credit inquiry page. 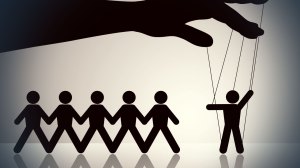