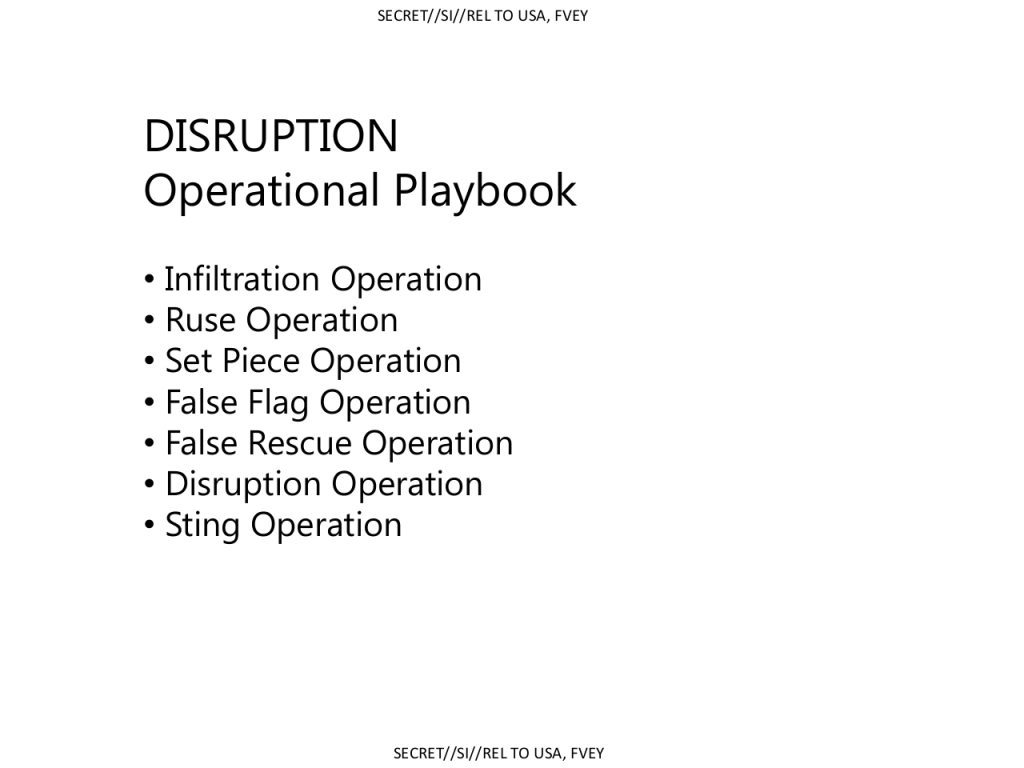 Here is an illustrative list of tactics from the latest GCHQ document. 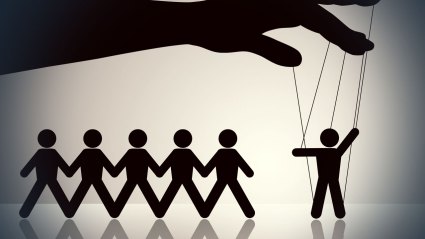 Yesterday morning whilst I was sharing this post in groups on Facebook, I received a notification informing me that my account was temporarily restricted, and that I wasn’t allowed to comment or post in Facebook groups for three days. No reason for the ban was provided, though the notice allowed me to click on “appeal,” which I did. But Facebook staff never read and respond to appeals or feedback.

This is the third such ban I have had from Facebook in the last twelve months, I have never been given any reasons for the restrictions on my account, and I have asked several times for them. There is provision for flagging up errors by following a link that says “if you think you are seeing this notice by mistake.” Facebook have never once provided any explanation of their actions, nor have they responded to my appeal or to any accounts of my experience.

My post had been removed in some of the groups I’d posted in and people informed me that where it remained, when they tried to open the link, it said “Content not available.”

There is nothing in the article that breaches Facebook’s “Community Standards” or that is offensive. There was nothing in the previous blogs that earned me a ban which could be deemed abusive or offensive either.

My previous bans happened the day after the election and earlier this month. Both times I was posting one of my own articles when the account restrictions were applied. I wasn’t even informed of the duration of the ban on the previous occasions. Just prior to the last ban, someone reported a meme by Robert Livingstone that I used as a group photo in a Facebook group I set up. Facebook notified me that the person complaining had said it contained “graphic violence”, though in fairness, it wasn’t removed.

The group in question is all about criticising Conservative anti-welfare policies, exposing Iain Duncan Smith and the government’s anti-humanist ideological prescriptions. Someone clearly shouldn’t have joined.

At the same time, someone also reported several of my personal photos on my own page as “offensive” and my account as “fake” so this is looking like a targeted campaign to try and restrict the sharing of my posts. It’s not the first time this has happened. I also know that I’m not the only person this has happened to. My site is reasonably popular, with 1, 143, 370 readers so far, and my articles also get quite widely shared. However, someone somewhere clearly doesn’t like what I write.

I left a couple of groups last year because Facebook sent me a notification whenever I tried to post an article on those sites that the content had been reported as “abusive or offensive” by members. They were groups claiming to support the Labour Party. As far as bloggers go, I’m probably amongst the top ten most pro-Labour commentators. But regardless of which party you support, censorship should bother everyone. It’s not only humble bloggers that are being silenced. It’s not so long ago that government agents marched into a Guardian office and smashed up the hard drives storing the Snowden leaks. Once you hear the jackboots, it’s too late.

Someone told me that the article earning me the ban has probably been reported by a group of people determined to trigger a Facebook algorithm in order to get the ban imposed.

Political gaming and manipulating group discussion outcomes on Facebook by using an algorithm for the censorship of reasonable and factual comments or information that you disagree with is a very problematic and particularly totalitarian tactic. If that’s what you have to resort to, it means that you have no credible arguments, can’t engage in mature dialogue and it reflects very badly on your opinions, world-view, personal integrity and ethics more generally.

Most groups I am a member of are left-leaning political debate groups – if you can’t debate democratically and have to resort to such oppressive and cowardly tactics to shut down discussion then it really is time for you to leave. With articles, you always have the option of not reading them. Especially recommended for those of you with right-wing fragile ego syndome, incoherent ideologies and non-robust views and prejudices. And GCHQ.

Now for the punchline. I have a Facebook Community page – Politics and Insights – where Facebook regularly offer to “boost” my posts for a fee. I don’t make any money from writing and so don’t have cash to invest in promoting my site. The post that got me the ban was shared a lot from my page, and so Facebook offered to boost it, only if I paid money, of course …

Last year I was harrassed by the charming Tommy Robinson, co-founder of the far-right English Defence League (EDL), on Twitter. I told him to stop mithering me and to go peddle far-right myths elsewhere. He then designed a meme that used my account photograph and details, claiming I had said that “child abuse is a far-right myth”, which of course is untrue. I didn’t mention child abuse at all. There was also an invitation on the meme for people to “let her know what you think of this” and details of my account were on there with the comment “she can be found here.”

The meme was circulated repeatedly by Britain First, some UKIP groups, on the National Front page, amongst others. As a consequence I received numerous death threats, threats of rape and a threat involving Combat 18, a neo-Nazi organisation, that is the armed branch of Blood and Honour. My crime? Simply being a Labour Party supporter and irritating Tommy Robinson by telling him to do one from my Twitter page. It’s also possible that my involvement with the Rock Against Racism movement back in the eighties marked my card.

I involved the police, and reports were made to Facebook about Tommy Robinson’s nasty design by a police officer and others regarding the malicious content of the meme and concerns about my personal safety. Guess what? Facebook did not remove the meme or ban any of the posters. The meme wasn’t just malicious, nor did it compromise just my own safety – my children also received threats – it was illegal, too.

Perhaps it’s time for an alternative to Facebook, a large social media platform where the Tories can’t buy favours and power, and where free speech is actually permitted. I don’t think Facebook banned my post and restricted my account because of a political motivation to do so. But those who reported my article to trigger the ban definitely have a political agenda, and Facebook don’t care about that, nor do they apply “Community Standards” consistently, fairly and when they actually ought to.

Meanwhile I’m not sure about the value of complaining to Facebook, I have yet to have a response from them. However it may be done at the Feedback link. It may also be useful to report the algorithm as a bug.

“Government plans to monitor and influence internet communications, and covertly infiltrate online communities in order to sow dissension and disseminate false information, have long been the source of speculation.

Harvard Law Professor Cass Sunstein, [co-author of “Nudge”], a close Obama adviser and the White House’s former head of the Office of Information and Regulatory Affairs, wrote a controversial paper in 2008 proposing that the US government employ teams of covert agents and pseudo-independent advocates to “cognitively infiltrate” online groups and websites, as well as other activist groups.

Sunstein also proposed sending covert agents into “chat rooms, online social networks, or even real-space groups” which spread what he views as false and damaging “conspiracy theories” about the government.” Glenn Greenwald – How Covert Agents Infiltrate the Internet to Manipulate, Deceive, and Destroy Reputations

The banned post. Please share widely – Doctors bribed with 70-90k salaries to join Maximus and “endorse a political agenda regardless of how it affects patients.”