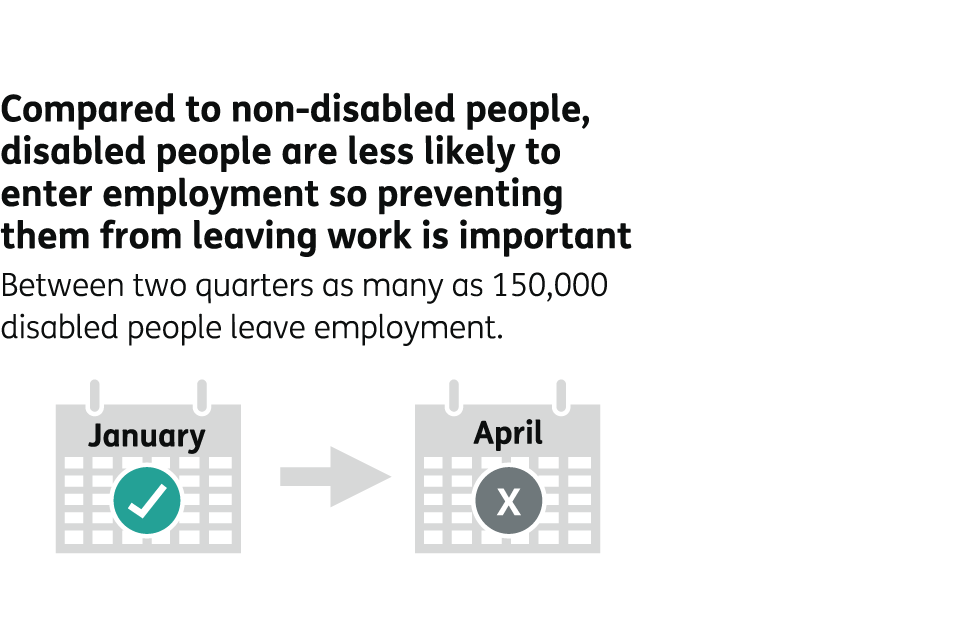 Last year I wrote a critical article about the government’s new Work and Health Programme, I flagged up concerns regarding government plans to enlist GPs in prescribing work coaches for people who are sick and disabled, and in providing advice on job-seeking. The private and confidential patient-doctor relationship ought to be about addressing medical health problems, and supporting people who are ill, not about creating yet another space for an over extension of the coercive arm of the state to “help people into work”, regardless of whether or not they are actually well enough to cope with working.

I also posted my article on the Pulse site for medical professionals last October, raising some of my concerns. I proposed that the government may use the “intervention” as a further opportunity for sanctioning sick and disabled people for “non-compliance”, and I expressed concern that this would conflict with the ethics and role of a doctor. I also stated my concern about the potential this pilot has for damaging the trust between doctors and their patients. I do support the idea of social prescribing in theory, but this scheme is certainly not that. This is plain state harassment and coercion.

It’s interesting to see that among all those listed present at the various pilot-related meetings behind closed doors regarding the government’s new Work and Health programme, there isn’t a single sick and disabled person or relevant representative charity to be found. That’s telling, because it means that the provision is not founded on consultation, is not designed to be inclusive from the start, nor does it have a democratic or representative foundation. It’s another case of government policy that acts upon groups people, prescriptively, as if they were objects, rather than human subjects with identifiable needs and the capacity for democratic dialogue.

I discovered last October, almost by chance, that the Nudge Unit team have been working with the Department for Work and Pensions and the Department of Health to trial social experiments aimed at finding ways of: “preventing people from falling out of the jobs market and going onto Employment and Support Allowance (ESA).”

“These include GPs prescribing a work coach, and a health and work passport to collate employment and health information. These emerged from research with people on ESA, and are now being tested with local teams of Jobcentres, GPs and employers.”  Source: Matthew Hancock’s conference speech: The Future of Public Services.

Now GPs have raised their own concerns about sharing patient data with the Department for Work and Pensions – and quite properly so. Pulse reports that the Department for Work and Pensions (DWP) plans to extract information from GP records, including the number of Med3s or so-called “fit notes” issued by each practice and the number of patients recorded as “unfit” or “maybe fit” for work, in an intrusive move described by GP leaders as amounting to “state snooping.”

Part of the reason for this renewed government attack on sick and disabled people is that the Government’s flagship fit note scheme, which replaced sick notes five years ago in the hope it would see GPs sending thousands more employees back to work to reduce sickness-related absence, despite GPs having expressed doubts since before its launch, has predictably failed.

The key reason for the failure is that employers did not take responsibility for working with employees and GPs seriously, and more than half (59%) of employers said they felt unable to support employees by making all of the legally required workplace adjustments for those who had fit notes signed as “may be fit for work.” Rather than address this issue with employers, the government has decided instead to simply coerce patients back into work without essential support.

Another reason for the failure of this scheme is that most people who need time off from work are ill and genuinely cannot return to work until they have recovered. Regardless of the government’s concern for the business and state costs of sick leave, people cannot be simply ushered out of illness and into work by the state to “contribute to the economy.” When a GP says a person is “unfit for work”, they generally ARE unfit for work, regardless of whether the government likes that or not.

The government plans to merge health and employment services, and are now attempting to redefine work as a clinical outcome. Unemployment has been stigmatised and politically redefined as a psychological disorder, the government claims somewhat incoherently that the “cure” for unemployment due to illness and disability, and sickness absence from work, is work.

This is the kind of mentality that the new Work and Health programme is founded on: Dr Josephine Sauvage, the joint vice chair of NHS Islington CCG and a GP at City Road Medical Practice, where the programme is being trialed currently, said the programme can help patients.

She said: “When we become ill we often stop doing those things that get us out and about and bring fulfilment to our lives.”

Yes, that’s what being chronically ill means: we often become incapacitated and sometimes we can’t do all of the things we did before. But since when is working the only source of fulfilment? And how does forcing people who are ILL to look for ANY job, regardless of pay, security, terms and conditions and appropriateness lead to “fulfilment”? A patient is defined as:

There is no mention of a person’s employment status or the pressing need for a job prescription in that definition.

As part of the Work and Health programme, beginning next month, the DWP plans to access people’s medical information. Employment coaches will be able to directly “update” a patient’s medical record.

GPs will have to inform patients of the access to information and any extraction of confidential information from their medical files, but cannot withhold information unless their patient explicitly objects.

Sofia Lind, a senior journalist at Pulse, says: “GPs, as data controllers, will be required to tell patients in person, via notices in the practice and on the practice website of the impending extraction.”

Patients have the right to object to the use and disclosure of confidential information that isn’t used for their medical care.

Patients can explicitly refuse their consent to data sharing. The Data Protection Act 1998 covers personal information including health records. Further provision under Article 8 of the Human Rights Act 1998 establishes a right to respect for private and family life. This underscores the duty to protect the privacy of individuals and preserve the confidentiality of their health records.

Write your own letter to the GP health centre. Here is a basic letter template in 3 formats that you can download and use:

Make sure you state clearly that don’t wish for any of your data and medical information, including details of your fit notes, to be shared with the DWP and any other third party. You can also:

In addition to sharing information with the DWP, due to changes in legislation, your GP can now be required to upload personal and identifiable information from the medical record of every patient in England to central servers at the Health and Social Care Information Centre (HSCIC).

Once this information leaves your GP practice, your doctor will no longer be in control of what data is passed on or to whom. This information will include diagnoses, investigations, treatments and referrals as well as other things you may have shared with your doctor including your weight, alcohol consumption, smoking and family history. Each piece of information will be identifiable as it will be uploaded with your NHS number, date of birth, post code, gender and ethnicity. NHS England – the body now in charge of commissioning primary care services across England – will manage and use the information extracted by HSCIC for a range of purposes, none of which are to do with your direct medical care.

Whenever I am ill, I don’t ever consider consulting Iain Duncan Smith or the government more generally for advice. There are very good reasons for this. I don’t want to be confronted with pseudoscientific Conservative anti-welfare dogma, I prefer instead to seek the expert, trusted medical opinion of a qualified doctor. I expect professional medical care, not brute state coercion and a punishment regime that is particularly reminiscent of the 1834 Poor Law amendment Act.

And despite assurances from those professionals currently trialing the Work and Health programme that all participation is (currently) voluntary, against the current backdrop of ever-increasing welfare conditionality, the political stigmatisation of people not in work, the frequent punitive deployment of benefit sanctions, the mandatory  welfare-to-work schemes, it’s difficult to imagine a Conservative scheme that will not entail exercising Conservative prejudice and pseudoscientific justifications of Tory economic Darwinist ideology.

It’s hardly the case that the state has an even remotely credible track record of assessing people’s medical conditions, nor is it the case that this government bothers itself with empirical evidence, or deigns to listen to concerns raised by citizens, academics, professionals and charities regarding the harm that their policies are causing. This is a government that can’t even manage to observe basic human rights, let alone care about citizen’s best interests, health and wellbeing.

It’s not possible to make people who are ill better by punishing them, in just the same way as state coercion and using prejudiced language doesn’t “cure” poverty.  I don’t need more quack medicine on top of the current heavy doses of Conservative big state psychopolitics, traditional prejudices and subsequent quacking, slapstick psychobabble. It’s bad enough that Jeremy Hunt thinks he’s the all singing homeopathic Minister for magic and that Iain Duncan Smith thinks he can miraculously cure sick and disabled people by simply forcing them to work. The side-effects of five years of the Conservative’s ontologically insecure rhetoric, that’s been largely ranting, repetitive, incoherent monologue, are nauseating enough. Nobody should need to say any of this in 2016, but tragically, we seem to have a government that hasn’t yet escaped the feudal era. Or playing with their alchemy sets.

I’m in full agreement with Boycott Workfare, the Mental Health Resistance Network, and Disabled People Against the Cuts. I shared my original article with two of those groups and I’m pleased that they have since organised a protest for March 4, 3pm at the City Road Surgery, 190-196 City Road, London EC1V 2QH to raise public awareness of the issues and implications outlined. I just wish I was currently well enough to get to the protest.

They say: GP surgeries are for medical treatment, the job centre is for “employment coaching” and job-hunting.

And governments in first-world liberal democracies are for creating policies that actually meet public needs, rather than imposing totalitarian control, manipulating and micromanaging citizens to meet government needs and political outcomes.

My work isn’t funded. But you can support Politics and Insights, and help me to continue researching, analysing and writing independently.