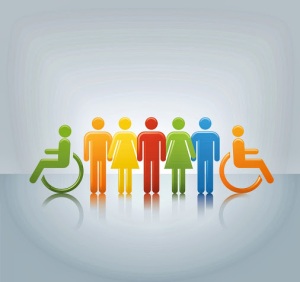 A number of important changes will affect the services offered by JCP over the next few years, including:

The Committee invites written submissions addressing one or more of the following areas:

Send a written submission through the Future of Jobcentre Plus inquiry page.

The deadline for written submissions is Friday 22 April 2016.

“In the brave new world of Universal Credit, the Jobcentre will become so much more than the place where people simply ‘sign on.’ I am in absolutely no doubt that UC marks the beginning of a new age in which the individual and the state are partners in the future potential of the individual, but the Jobcentre and its staff will need to undergo significant transformation. We must ensure Jobcentre Plus has the capacity and capability to change with the times, and deliver quality services which are sensitive to the increasingly varied needs of the individuals it serves.”

“As much as different people have different needs, so do different places. The DWP has run a pretty centralised network of Jobcentre Plus offices, for perhaps too long. We will want to consider carefully the potential opportunities for greater decentralisation of employment-related services to combined authorities and the devolved governments.”

Some initial thoughts and concerns regarding the JCP’s capability to provide new, tailored services for particular groups of people, including people with mental health problems

The government’s Work and Health programme involves a plan to integrate health and employment services, aligning the outcome frameworks of health services, Improving Access To Psychological Therapies (IAPT), Jobcentre Plus and the Work Programme.

There are concerns that the government have already come close to redefining unemployment as a psychological disorder, and now they aim to redefine work as a clinical outcome.

The Work and Health programme in particular is aimed at finding ways of: “preventing people from falling out of the jobs market and going onto Employment and Support Allowance (ESA).”

“These include GPs prescribing a work coach, and a health and work passport to collate employment and health information. These emerged from research with people on ESA, and are now being tested with local teams of Jobcentres, GPs and employers.”  Source: Matthew Hancock’s conference speech: The Future of Public Services.

Whilst for some clients, improving employment prospects may be realistic and what they want, for many others this is not the case and such an intrusive state intervention may be profoundly anxiety-provoking and potentially psychologically damaging. People sometimes become too ill to work. GP surgeries are not the place to subject people to what may be perceived, essentially, as a blunt state behaviour modification programme, designed to coerce people to work regardless of their current capacity of doing so.

People placed in both Employment Support Allowance groups (work related activity group and support group) have been deemed unable to work by both their own qualified doctors and by the state via the work capability assessment. It may well be the case that some people feel able to and want to work in the future, and ask for support to find suitable employment, but it extremely unethical to coerce people to work that are too ill to do so.

That is why an absolute assurance of the voluntary element of client engagement is of paramount importance, it has to be a central underpinning principle of the work and health programme. Furthermore, it has to be assured that any proposed treatment may proceed only on the basis of (and provision for) informed consent from the client.

The principle of consent is an important part of medical ethics and international human rights law. Consent is required by law from a patient regardless of the intervention.

Generally, for consent to be valid it must be informed consent. For this to be the case it must be:

GPs have raised their own concerns about sharing patient data with the Department for Work and Pensions – and quite properly so. Pulse reports that the Department for Work and Pensions (DWP) plans to extract information from GP records, including the number of Med3s or so-called “fit notes” issued by each practice and the number of patients recorded as “unfit” or “maybe fit” for work, in an intrusive move described by GP leaders as amounting to “state snooping.”

There are also very serious concerns regarding the plans to permit medically unqualified job coaches to access and “update” patients medical records. That must not happen. Citizen’s complex health conditions and healthcare should never be subject to state editing and nor should these be conflated with political aims. That is potentially very dangerous and has nothing to do with the health and wellbeing of patients. A person’s employment status has no bearing on objective professional and specialist accounts of a person’s illness, diagnosis, medical tests and treatments. Work does not cure illness.

Patients have the right to explicitly refuse their consent to data sharing. The Data Protection Act 1998 covers personal information including health records. Further provision under Article 8 of the Human Rights Act 1998 establishes a right to respect for private and family life. This underscores the duty to protect the privacy of individuals and preserve the confidentiality of their health records. This right must remain intact. There is also additional guidance from the British Medical Association (BMA) here – GPs as Data controllers guidance. (PDF)

The government’s expressed aim is to prompt public services to “speak with one voice.” This proposed multi-agency approach is potentially very reductive, rather than being about formulating expansive, coherent, comprehensive and importantly, responsive provision. There is a danger that such a cross-agency approach will simply involve the co-opting of service providers and professionals as state enforcers, conflating complex citizen needs with simply getting people to work.

Public services “speaking with one voice” will make accessing support conditional, and potentially further isolate already marginalised social groups. It may damage trust between people needing support and professionals who are meant to deliver essential public services, not government slogans and potenially damaging messages. Places that have traditionally provided safe havens for people on low incomes, such as community centres, will no longer be places where people may feel they can escape the pressures and distresses of their circumstances and be relatively and unconditionally secure.

Human beings are subjects, not objects of policy, and the worrying trend towards the government instructing citizens how to be, under the guise of libertarian paternalism, is profoundly antidemocratic, non-dialogic and intrusive – it curtails citizen’s autonomy and basic freedoms and is incongruent with the democratic role of government in formulating policies that meet citizen’s needs. Instead, citizens are being coerced into meeting government aims and policy outcomes.

The move to “join up all public services to ‘get local people back to work'”, including housing and foodbanks may also be used as additional opportunity to extend welfare conditionality, including sanctions, to people who were previously exempted because of their circumstances.

Not only would this raise some serious ethical problems regarding the enforcing of a limited but mandatory state “treatment” on people who cannot work because they are ill, based on a political prejudice that work is somehow “good” for them, it would also limit access to other services that ordinarily provide a broader scope of support with a wider range of aims and outcomes that are more in line with a holistic approach to complex client needs, health and wellbeing.

It would potentially undermine people’s right to health care and support by making provision conditional to finding a job.

In linking receipt of welfare with health services, other public provision providers and access to “therapy,” with the single intended outcome explicitly expressed as employment, the government runs the risk of conflating citizen’s widely varied needs with diktats, and isolating people from traditionally non-partisan networks of relatively unconditional support, such as the health service, social services, community services and mental health services.

All policies are expressed political intentions regarding how our society is organised and governed. They have calculated social and economic aims and consequences. In democratic societies, citizen’s accounts of the impacts of policies ought to matter.

The government have not got a reassuring track record regarding the assessment of people’s illnesses, disability and capability for work, it has to be said. When serious concerns have been raised with ministers regarding the negative and often distressing experiences of sick and disabled people because of government policies, such concerns have been met with denial and a refusal to investigate or indeed, to engage any further.

I should like to know when those citizens who will be directly affected by the proposed policies, especially the work and health programme, were consulted? Have service users had any say at all in the design and aims of these proposed interventions?

It’s worth remembering that governments in first-world liberal democracies are for creating policies that actually meet public needs, rather than imposing totalitarian levels of control, manipulating and micromanaging citizens to meet government needs and political outcomes.