I have just been given an award for Discretionary Housing Payment (DHP). Not sure how much I will get towards my rent as the award notice doesn’t make much sense, but I got it after sending in my medical evidence recently.

It means I get to keep a roof over my head for a bit longer, anyway. It’s very, very difficult to get an award of DHP now, as it has been made highly conditional, partly because councils are so strapped for cash due to Conservative cuts, partly because Conservative policies, such as the bedroom tax and other “reforms”, have increased the need considerably for this support.

My own council informed me that already there are very little funds left for DHP. I applied because since becoming too ill to work, my income has dwindled to the point where I’m now short by more than £100 per month to pay for my rent, council tax, food and fuel. I don’t have a spare room, but I have to pay council tax currently because my son is taking a couple of months out from university to care for me, following a severe bout of pneumonia and sepsis, which almost cost me my life. My son is therefore classed as a “non dependent”. Despite the fact he has no income out of term time, he is still expected to contribute to the rent. I am currently so poor because of draconian Conservative policies.

So imagine my surprise and disgust when I got an email today from the Conservative campaign director, asking me to donate £30 to the Tory election campaign. You couldn’t make it up.

Note the nudges used in their grubby mail opening: “We’ve had a great response…” which is an approach that the Behavioural Insights Team at the heart of the cabinet office call “social norming“. It was designed by the advertising industry and is increasingly being used in polcy and political rhetoric to create a false consensus effect. Social norming is increasingly being used in policies aimed at behavioural change. That the government is using such an approach from their Nudge Unit to influence voting behaviour is deplorable.

This kind of nudge is based on the bandwaggon propaganda technique. It’s an improper appeal to emotion, used for the purpose of swaying the opinions of an audience.  This technique involves encouraging people to think or act in some way simply because other people are doing so, or so it is implied. It’s an appeal to “join the winning side” because pretty much everyone apparently endorses it, after all.

Plus there is an urge for us to “all stand together”, remarkably, from a government that has intentionally caused massive social division in order to manipulate the populations’ perceptions and behaviours towards politically scapegoated others, (unemployed and disabled people, refugees and asylum seekers, for example) to divert attention from the fact that Conservative policies are causing massive inequality as their policies reward the wealthy and punish the poorest citizens, their policies are aimed at dismantling the social gains of our post war settlement, and creating scapegoats and the growth of social prejudice as a diversionary tactic to protect those responsible for our ruined economy – the financier class and the government. 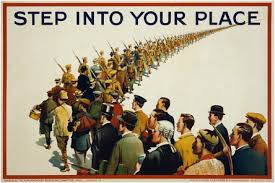 I’m wondering just how many people needing social security would be donating half their weekly income to these sadistic jokers after years of their extremely punitive “reforms”?

Here is a copy of the email, with my considered response:

From: Darren Mott – Chief Agent and Director of Campaigning
Sent: 24 April 2017 12:39
To: suejones
Subject: Re: We need to stand together Susan

RE: We need to stand together Susan

To: Darren Mott – Chief Agent and Director of Campaigning

After this government’s policies have systematically robbed me of an adequate income, I am afraid I haven’t even enough money to meet my basic needs, let alone donate to a party that has nothing but disdain for those of us who become too ill to work. I have worked most of my life and contributed tax and National Insurance, only to see you dismantle the social gains of our publicly funded post-war settlement and hand out my money to millionaires and rogue multinationals.

You’re right, the stakes have never been higher. That’s why I will be campaigning as hard as I possibly can for a Labour government, which will acknowledge and reflect public needs in their policies. That’s rather more democratic than a government that imposes their own needs on the population to meet their ideological and draconian policy outcomes.

It’s time to put the Tories out of our misery

Sent from Mail for Windows 10

The Conservative’s negative campaign strategy: “share the lies and win a prize”