The United Nations Special Rapporteur on extreme poverty and human rights, Professor Philip Alston, will undertake an official visit to the UK and Northern Ireland from 6 to 16 November 2018. His visit will focus, in accordance with his mandate, on the interconnections between poverty and the realisation of human rights in the UK

Special Rapporteurs are selected on the basis of their expertise and experience in the area of their mandate, personal integrity, independence and impartiality and objectivity. They are not employed by the United Nations and receive no remuneration for their UN work.

Philip Alston is a Professor of Law at New York University, and he works in the field of international law and international human rights law. He has extensive experience as an independent UN human rights expert. He previously chaired the United Nations Committee on Economic, Social and Cultural Rights for eight years (1991-98) and was United Nations Special Rapporteur on Extrajudicial, Summary, or Arbitrary Executions (2004-10).

His resume can be found here.

An overview of visits by all UN Special Procedures to the United Kingdom and other countries since 1998 can be found here.

Visits to a country are based on extensive preparations by the Special Rapporteur and his team and are supported by the UN Office of the High Commissioner for Human Rights in Geneva. They involve extensive study of topics relevant to the issue of poverty and human rights as well as interviews with civil society organizations, experts and affected individuals before a visit.

The visits usually last for about two weeks and include meetings between the Special Rapporteur and government officials, members of the legislature and judiciary, state institutions, civil society organizations, academics, and individuals who have experienced poverty. During his visit the Special Rapporteur will travel to various parts of the UK, but a final decision on his itinerary will not be made until close to the start of the visit.

Regular updates about the visit to the United Kingdom in November will be posted on the website of the Special Rapporteur and via his Twitter and Facebook pages.

On the last day of the visit, November 16, 2018, the Special Rapporteur will hold a press conference in London where he will present a statement regarding his initial findings. He will subsequently submit a final report which he will present to the Human Rights Council in Geneva in 2019. 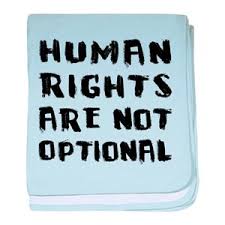 The Special Rapporteur would like to invite all interested individuals and organizations in the United Kingdom working on issues related to poverty and human rights, including representatives of civil society organizations, experts and academics, to provide input for the preparation of his visit to the United Kingdom in November 2018.

Submissions can be sent to srextremepoverty@ohchr.org until Friday 14 September at 18:00 GMT.

Submissions are limited to a maximum of 2,500 words. However, additional reports, academic studies, evidence and other types of background materials can be attached as an annex to the submission.

All input will be treated confidentially by the Special Rapporteur and his team and for the sole purpose of preparing for the country visit.

If you would like your written submission to be published on the website of the Special Rapporteur, please explicitly indicate this is in your submission.

While all submissions are welcome and the questions below are by no means meant to be exhaustive, it would be greatly appreciated if the submissions can focus on one or more of the following thematic issues:

(1) What is the definition of poverty and extreme poverty that your organization employs in the context of the United Kingdom and to what extent do official definitions used by the state adequately encompass poverty in all its dimensions?

(2) What is your view on the current official measurement of poverty by the government, what are the shortcomings of the current measurement and what alternatives would be feasible?

(3) What are the most significant human rights violations that people living in poverty and extreme poverty in the United Kingdom experience? Please exemplify by referring to specific cases and relevant norms of international human rights law.

(4) Could you specify how poverty and extreme poverty in the United Kingdom intersect with civil and political rights issues (such as for example the right to political participation or the right to equality before the law)? Please exemplify by referring to specific cases and relevant norms of international human rights law.

(5) Could you specify how poverty and extreme poverty in the United Kingdom intersect with economic and social rights issues (such as the right to education or the right to health care)? Please exemplify by referring to specific cases and relevant norms of international human rights law.

(6) Which areas of the United Kingdom should the Special Rapporteur visit in light of the poverty and human rights situation in those locations?

(7) Which individuals and organizations should the Special Rapporteur meet with during his country visit to the United Kingdom?

Since 2010, successive governments have engaged in fiscal consolidation, the process of reducing the amount of fiscal deficit of the United Kingdom. This process is popularly referred to as ‘austerity’ or ‘budget cutting’.

(8) To what extent has austerity been necessary given the fiscal outlook of the United Kingdom in the last decade?

(9) Have austerity measures implemented by the government taken adequate account of the impact on vulnerable groups and reflected efforts to minimize negative effects for those groups and individuals?

(10) What have the effects of austerity been on poverty (and inequality) levels in the United Kingdom in the last decade?

(11) Have the human rights of individuals experiencing poverty been affected by austerity measures?

(12) How have local governments been affected by austerity measures in the last decades? If possible, please specify the impact on public services such as police and fire departments, public libraries, and the administration of the welfare system by local authorities.

(13) What alternatives to austerity might have been considered by governments in the last decade?  Could any such alternatives have had a more positive impact on poverty (and inequality) levels in the United Kingdom?

(14) What are the potential implications of Brexit on austerity measures in the coming years?

Universal Credit, which was first announced in 2010, is a key element of welfare reform in the United Kingdom.  Its stated aims are to simplify and streamline the benefits system for claimants and administrators, to improve work incentives, to tackle poverty and to reduce fraud and error. The Special Rapporteur is interested in learning more about Universal Credit, including its impact on poverty in the United Kingdom and on the human rights of those living in poverty. Below are some of the questions the Special Rapporteur has in that regard:

(15) To what extent has the Universal Credit been able to achieve the goals identified above?

(16) What has the impact of Universal Credit been on poverty and the lives of the poor in the United Kingdom until now? It would be helpful to also distinguish the specific impact of Universal Credit on specific groups, including for example children, persons with disabilities, women and other groups which may be more vulnerable on the basis of their identity and circumstances.

(18) What has the impact been of various forms of ‘welfare conditionality’ in the context of Universal Credit in terms of ‘incentivizing’ work?

(19) To what extent has the introduction of Universal Credit reduced the incidence of fraud and error in the welfare system?

The Special Rapporteur is interested in learning more about the impact of new technologies including the use of ‘big data’, artificial intelligence, algorithms and automated decision-making processes on the human rights of those living in poverty in the United Kingdom, especially in terms of the functioning of the welfare system. Below are some of the questions the Special Rapporteur has in that regard:

(20) What use does the national government, as well devolved governments and local governments, make of such new technologies in the context of decision-making in the welfare system? A recent report by the House of Commons Science and Technology Committee on ‘Algorithms in decision-making’ (May 2018) concluded that the central government does not currently produce, publish or maintain a list of algorithms it uses for public purposes, despite the fact that some of the new technologies that are employed, for example in welfare fraud and error investigations, can may have major negative human rights implications, especially for the poor. The Special Rapporteur is especially interested in learning more about concrete examples of the use of such new technologies by governments in the welfare system.

(21) What is the relevant regulatory framework for the use by government of such new technologies, especially in the context of the welfare system, and are there any shortcomings in the current legal framework?

(22) Which government agencies and departments are responsible for and have oversight over the use of new technologies by governments in the UK, especially in the context of the welfare system? Are their respective responsibilities clearly defined and delineated and are they able to effectively perform their responsibilities?

(24) What are the potential human rights issues faced by individuals living in poverty as a result of the use of new technologies in the UK welfare system?

(25) What is the extent of child poverty in the United Kingdom, and how has it evolved over the last decade?

(26) What are the implications of child poverty for the rights enumerated in the Convention on the Rights of the Child?

(27) What are the main causes of child poverty in the United Kingdom, what have been the main government responses, and how effective have they been?

(28) What are the potential implications of Brexit for the situation of those living in poverty in the United Kingdom?

(29) What are the potential implications of Brexit in terms of protecting the human rights of low-income groups and of persons living in poverty?

(30) To what extent does government planning for Brexit explicitly address the issues arising under questions 28 and 29 above?

I shall publish my own submission in due course. 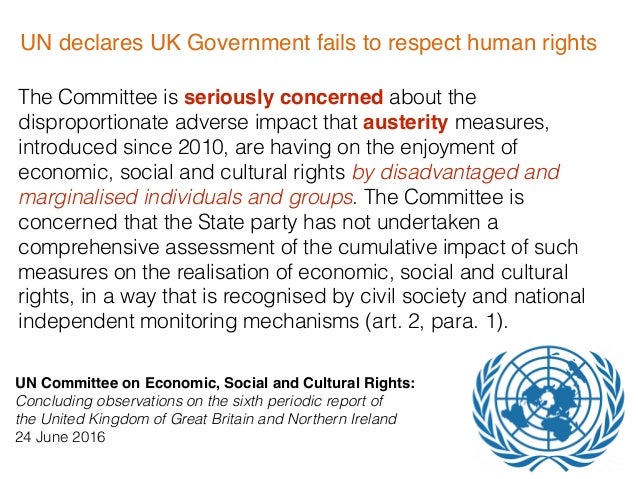 Human rights are universal. That is the point of them.

My work is unfunded and I don’t make any money from it. But if you like, you can support Politics and Insights and contribute by making a donation which will help me continue to research and write freely accessible, informative, insightful and independent articles, and to provide welfare support to others.