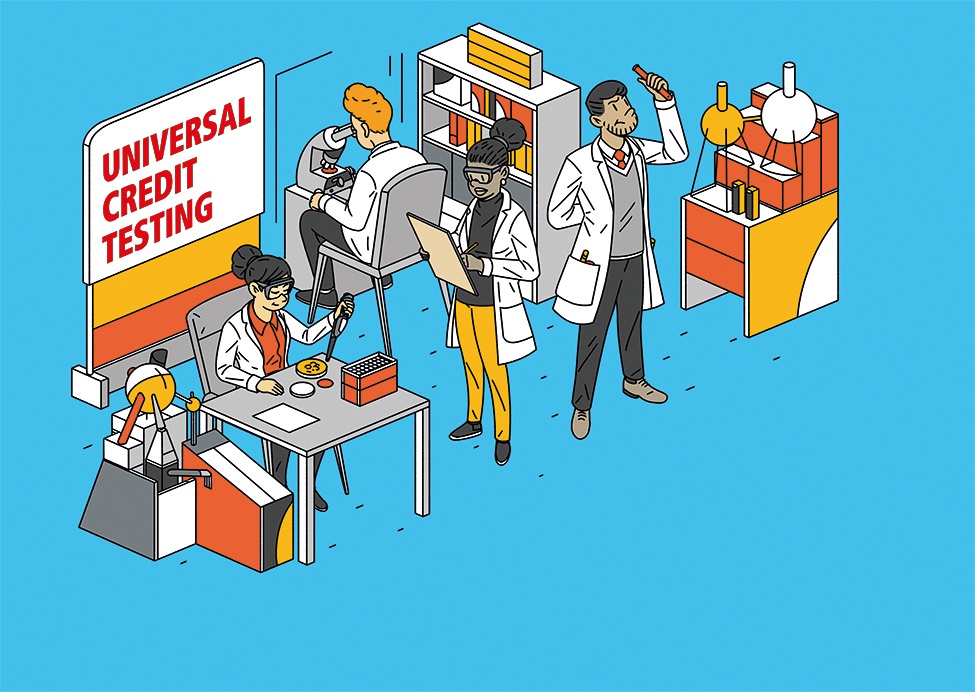 The government claim they value “evidence-based policy”. However, no-one knows exactly what evidence was found to justify Universal Credit, or how and why it may be applied to dismantling publicly funded social security provision for the public.

A grieving family have been forced to pay their loved one’s rent for three weeks following his death.

Ronnie Cowan, the MP for Inverclyde, has spoken out in parliament about the shocking treatment of one of his constituents because of callous Universal Credit rules concerning bereavement.

The Department for Work and Pensions have decided that if a Universal Credit claimant dies, regardless of when, they are classed as having died from the start of their four week assessment period, which can result in families being liable for their rent payments, and possibly council tax. This means that the government is outrageously clawing money from people for up to three weeks before they die and from their bereaved families.

Cowan said: “Once again, we witness the callous nature of the Department for Work and Pensions, which classes as person as dead from the beginning of their assessment period, even if they die towards the end of that period.

“This means that family members had to meet the cost of the housing rent for a period of three weeks as the payment was stopped from the beginning of the assessment period.

“This is fundamentally wrong and highlights the cruel nature of the current system which is not fit for purpose.”

The MP has asked the government how many more families have been affected in this way because of the Universal Credit bereavement regulations.

These latest concerns follow a recent critical report from the National Audit Office (NAO) that raises questions about Universal Credit being ‘value for money.’

Employment minister Alok Sharma wrote a letter to Cowan offering his sympathies to the family involved and explained the system they use.

Not surprisingly, Cowan says that all social security powers should be passed to the Scottish Government so that a more compassionate system can be put in place.

He added: “This is something which is clearly lacking from this UK Government.

“I will be writing to the minister to ask that they sort out this issue.”

A spokesperson for Department for Work and Pensions told me: “The death of a claimant is a relevant change of circumstances affecting entitlement to Universal Credit. When a single claimant dies there are no further payments due. For the purpose of the award calculation, the death is treated as if it occurred at the beginning of the assessment period.

However, I found a universal credit full service guidance placed by the government in the House of Commons library (in the deposited papers archive.) The guidance was originally placed in the Commons library in October 2016 at the request of the then Work and Pensions Minister Lord Freud. In the death and bereavement section of the document, it says:

“In some circumstances, payment of Universal Credit that would otherwise reduce or stop following bereavement can continue for a short time. This is called a Bereavement run-on. For example, following the death of a:

The surviving member of a couple will receive a 3 month run-on for:

When the 3 month run on period has ended, the surviving member of the couple will need to re-declare their circumstances. This is so a single award of Universal Credit can be made (without the need for a new claim).”

That would be a reasonable and humane approach.

However, later in the subsection entitled “Debt and deductions after death”, there is no further mention of the bereavement run-on. It looks as if someone with an incapacity for human compassion has amended the guidance and neglected to take out the original kinder version of the regulation guidelines. The document says:

“An example is if they were aware of the death and failed to report it. Otherwise, the overpayment would be recoverable either from the estate of the deceased or any surviving partner of the Universal Credit claimant.

“The death of a claimant is a relevant change of circumstances affecting entitlement to Universal Credit. When a single claimant dies there are no further payments due. For the purpose of the award calculation, the death is treated as if it occurred at the beginning of the assessment period.”

The document also says that the Department for Work and Pensions conduct a search  for an estate in respect of all ‘customers’ who die while in receipt of Universal Credit. A comparison is then made between the information provided for the Universal Credit claim and the assets declared in their estate.

If a person dies with outstanding debt and they leave an estate, the Department becomes a creditor of their estate. As a creditor, a claim is normally made from the estate for debts such as:

People pay tax and national insurance to contribute towards public services, including their social security, should they fall on hard times and require support from public funds. The Conservative government now expect people to pay twice for a barely adequate provision administered within a punitive framework, and delivered within a hostile environment.

We really need to question such an openly hostile and dehumanising system of social security that not only fails to support people, it also fails to recognise, acknowledge and accommodate the actual date that a person dies, and it fails to afford their loved ones some respect, solicitude, support, dignity and time to grieve in peace. Private moments of grief and emotional space are being heartlessly hijacked by the relentless machinery of the state.

This level of disgraceful dystopic bureaucracy potentially transforms the time in the immediate aftermath of the loss of a loved one from one of private grief and adjustment into one of inexcusable state intrusion and surveillance, and a profoundly distressing struggle for bereaved families.

The government claims that Universal Credit is designed to make sure that “work pays” and is aimed at “incentivising” people to move into work. The Conservatives clearly think that this may be achieved by ensuring conditions for people needing support are made unbearable. Conservative ministers have also claimed that welfare “puts in place barriers to people fulfilling their potential.”

This is a poltitically expedient reversal of Abraham Maslow’s hierarchy of human needs. Punitive measures and a hostile environment cannot “help” people into work, nor can it alleviate poverty. It can only increase poverty and make people’s lives even more difficult, disempowering them further because of the additional burden of state inflicted cruelty on them.

History and the social sciences have provided ample empirical evidence that it is poverty, rather than a “lack of incentives,” which reduces people to an inescapable struggle for survival, preventing them from fulfilling their potential.

Here is an example of severe hardship created by Universal Credit from a parlimentary debate in October last year, which took place because of an Early Day Motion (EDM) tabled by Debbie Abrahams:

At the start of the year, Mr James Moran from Harthill in my constituency qualified as an HGV driver and managed to find work on a zero-hours contract as a driver while also receiving universal credit—exactly the sort of scenario under which universal credit was supposed to work better. Not long after gaining employment, however, Mr Moran was sanctioned, despite being in employment. As he started the process of appealing the sanction, he suffered a stroke, which meant that he was no longer able to work as a driver.

As the sanction was still in place, he returned home from hospital with no means of receiving an income. Despite getting some help from his elderly parents, Mr Moran struggled with no money whatever for more than a month. He then suffered a second stroke.

Mr Moran has advised me that the doctors who treated him in hospital at the time of his second stroke admission told him that the low blood pressure that caused the second stroke was almost certainly caused by malnourishment. That malnourishment was a direct result of a DWP sanctioning error, forcing Mr Moran to live without an income—to live on fresh air.

I wrote to the Secretary of State about the case on 1 September and have repeatedly chased his office for a reply, but I have received nothing in return to date. The six-week minimum wait appears to be built into the Secretary of State’s correspondence turnaround as well. I do not take that personally, because I gather from press reports that the Chair of the Select Committee on Work and Pensions has had similar problems with getting the Secretary of State to put pen to paper. Perhaps he will now chase a reply.

A little later in the debate, in the face of much evidence to the contrary, Iain Duncan Smith shamefully alleged that the opposition were largely “‘scaremongering’ about the way in which the [Universal Credit] system has been designed.”

Universal Credit is clearly NOT an “evidence-based” policy, as claimed, since its architects and other government ministers refuse to recognise any evidence that contradicts their narrow ideological prejudices and assumptions.

As Gordon Allport once commented, a prejudice, unlike a simple misconception, is actively resistant to all evidence that would unseat it.