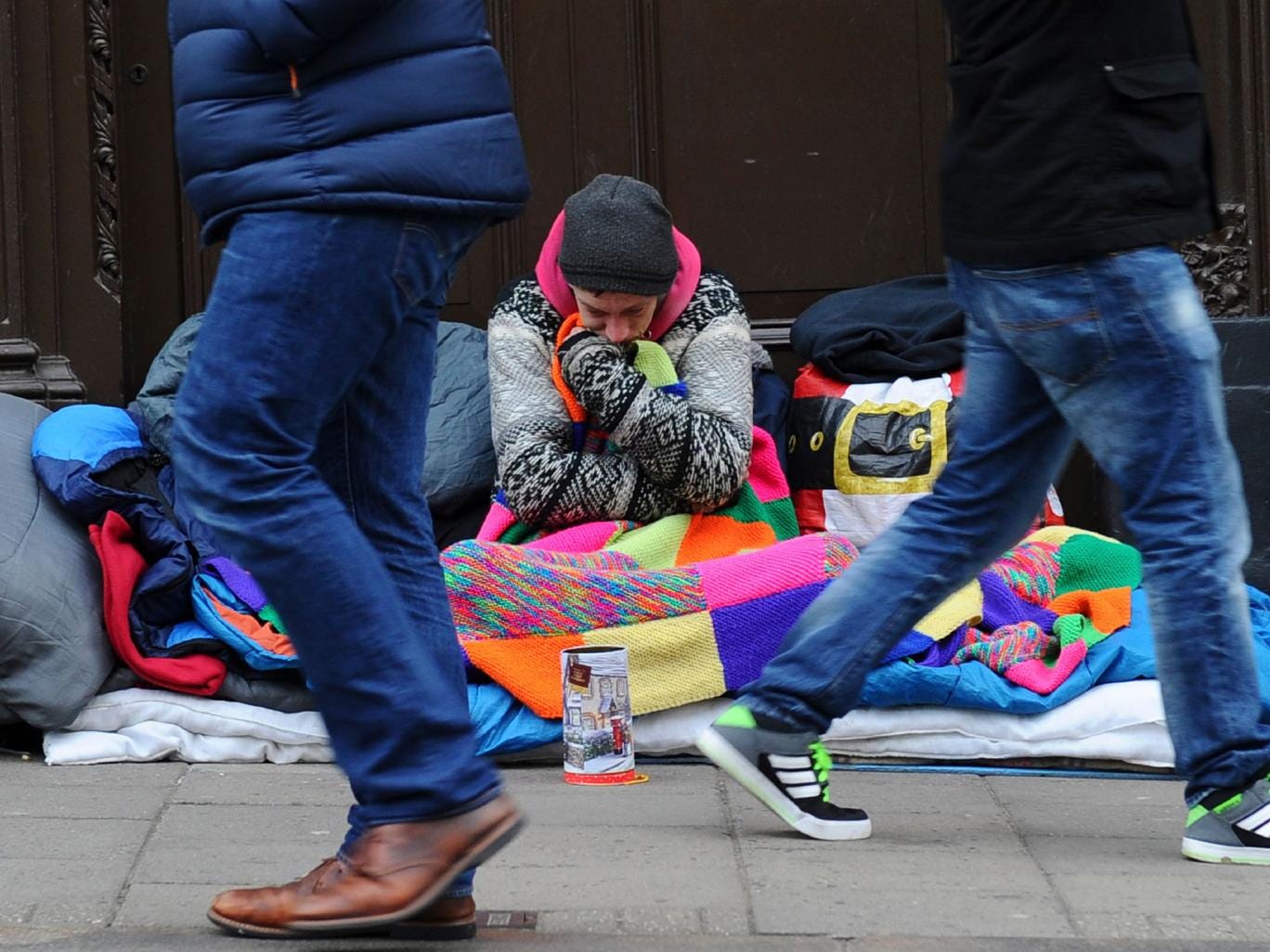 A landmark, year-long independent investigation by The Bureau of Investigative Journalism found that 544 homeless peolple have died on Britain’s streets since last winter, although they say the true number is likely to be much higher.

The Bureau’s count of people who have died homeless in the UK since last winter was published just days before the Office for National Statistics (ONS) is due to produce its own first ever count of deaths.

The project prompted the Office for National Statistics (ONS) to start compiling its own figures on homeless deaths in England and Wales, which it will release on December 20. Scotland and Northern Ireland’s national records offices are now also considering similar counts.

In October the government pledged to make sure deaths were investigated by local authorities so that lessons could be learned. The Bureau’s figures are “utterly shocking,” said Housing Secretary James Brokenshire, and “it is so important that we understand what has caused those deaths, [by] actually having serious case reviews.”

However, while Brokenshire admitted the figures were “utterly shocking”, he rejected allegations that government policies are behind the growing housing and homelessness crisis. He insisted instead that the “causes of homelessness and rough sleeping are multi-layered and complex”.

“I don’t see it in those terms,” he said – referring to the alleged impact of government policies on low-income and vulnerable people.

“I see it as a combination of concerning elements in terms of addiction, family breakdown issues.”

Brokenshire said he believes that homelessness is driven by factors including the spread of psychoactive drugs such as spice, the growth in non-UK nationals on the streets and family breakdown. These are, however, traditional Conservative stereotypes that are used to explain every social problem and instance of poverty that is linked with the government’s punitive welfare policy and wider austerity programme.

He continued: “The thing that struck me over recent months in speaking to some of the LGBT charities in terms of young people, because of their sexuality, being thrown out of home.”

He continued waffling: “The causes of homelessness and rough sleeping are multi-layered and complex and therefore we do need to look at this in that way and ensure that councils and other agencies are getting ahead of this and preventing people becoming homeless in the first place.

“That is the agenda I want to move to in the new year.”

However the government has admitted that it has not offered any extra funding or support to councils to help them do this.

The Bureau has found many local authorities are still failing to carry out such reviews, citing lack of resources or saying they do not believe the cases meet the relevant statutory requirements.

“In one of the world’s richest nations, people with nowhere to turn are dying.”

In Norfolk, where at least 10 people have died homeless in the last year, the director of Public Health, Dr Louise Smith, said there would be no case reviews because of the review’s “significant cost and our limited resources”.

Despite the fact that five people died in the same homeless hostel in one year, Brighton and Hove council said that no Safeguarding Adult Reviews would be undertaken, because the deaths had not met the “statutory criteria”. Redbridge council also echoed this reasoning.

It is crucial that all homeless deaths are investigated so that lessons can be learned, said Matt Downie, director of policy and external affairs at Crisis. “It is disappointing that no progress has been made to support local authorities to implement this.”

He added: “These statistics are a harrowing reminder of how deadly life on the streets can be.

“As we get closer to Christmas and temperatures are dropping, rough sleepers are facing exposure to dangerous conditions, above and beyond the violence and abuse often experienced when living on the streets.

“It’s a failure of the largest magnitude that in one of the world’s richest nations, people with nowhere to turn are dying.

“This has to stop and the government must put in place a full-scale plan to end homelessness once and for all.

“We also need to see the review system used to investigate the deaths of vulnerable adults expanded to include all cases of people who have died whilst street homeless.

“With this in place, crucial lessons can be learned that help prevent further deaths.

“The government recently pledged to make this happen, but it is disappointing that no progress has been made to support local authorities to implement this.

“We cannot wait any longer, we need to see action now.”

“It’s a failure of the largest magnitude that in one of the world’s richest nations, people with nowhere to turn are dying. This has to stop and the government must put in place a full-scale plan to end homelessness once and for all.”

Howard Sinclair, Chief Executive of St Mungo’s, went even further and called for specific funding for reviews: “We think there is a strong case for Government to fund a separate programme outside of the Safeguarding Adult Review process to ensure every death of someone sleeping rough is reviewed. This way we can identify the changes needed, at the local and national level, to stop these tragedies,” he said.

A recent report from the housing charity Shelter warned that rising homelessness is due to a ‘combination of unaffordable rents, frozen housing benefits and a severe shortage of social housing’.

Polly Neate, CEO of Shelter, blamed “the perfect storm of spiralling rents, welfare cuts and a total lack of social housing” for causing the increasing numbers of homeless people in the UK.

Other research has found that more than 24,000 homeless people will spend this festive season sleeping rough, exposed not only to the harmful elements but also at risk of verbal and physical abuse – and far too often – death.

Meet Liam and Michelle. It’s time to listen to the voices of homeless people about the fatal flaws of Universal Credit