Corbyn was seen after the alleged event on parliamentary footage muttering after he sat down following an exchange with a particularly vindictive May at the weekly Prime Minister’s Questions session during which she peevishly mocked him for not calling a vote of confidence in the government, turning the debate quite literally into utterly disrespectful pantomime.

A number of Conservative MPs demanded that Speaker of the House John Bercow  intervened but he refused, stating that he hadn’t heard Corbyn utter the alleged phrase. That resulted in Conservative MP and Leader of the House Andrea Leadsom aggressively critcising Bercow, saying the speaker had not apologised for calling her a “stupid woman” earlier in the year.

The Speaker has made a statement in the House of Commons regarding speculation about comments made by the Leader of the Opposition.
Watch the statement and @jeremycorbyn's response. pic.twitter.com/6XZhxjiHoq

Some of the media claimed that ‘lip speakers’ said Corbyn had said “stupid woman”. The BBC said that this was unanimously agreed among lip readers. However it isn’t:

SO @jeremycorbyn absolutely does not say #stupidwoman he says 'stupid people'. My qualifications, deaf for nearly half a century, and I am also a qualified Lipreading Teacher (amongst other things). If you want to know why, read this thread. 1/6

Corbyn stated: “I referred to those who I believe were seeking to turn a debate about the national crisis facing our country into a pantomime as ‘stupid people’,’ he said. ‘I did not use the words ‘stupid woman’ about the Prime Minister or anyone else, and am completely opposed to the use of sexist or misogynist language in absolutely any form at all.”

Professional lip readers have been divided on what they think he said. 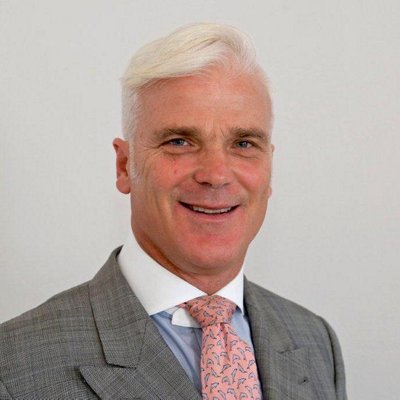 One Conservative MP, Desmond Swayne, has actually defended Corbyn, saying that condemning what an MP might have said under their breath is entering the “realms of thought crime”.

He said: “What unnerved me was the enthusiasm with which colleagues preyed-in-aid the skills of lip-readers to work out exactly what he said.

“I sometimes whisper things under my breath: They are my private thoughts, perhaps to be shared with a close neighbour only, that’s why I whisper them rather than stating them out loud for the record.

“The notion that we should be watched by lip-readers to see what we are whispering, so that we can be hauled before the authorities (in this case Mr Speaker), is deeply worrying.

“This is dangerous territory: we are on a slippery slope to the ‘thought crime’ of which George Orwell so eloquently warned in his novel 1984. We should make it compulsory New Year reading for all MPs.”

I thought the Conservatives were actually using 1984 as a manual.

Swayne is right. No-one in the media seems worried that a man mumbling something  to himself that no-one actually heard warrants the authoritarian response of employing lip readers to police the thoughts and quiet mutterings of the leader of the opposition. The abuse and rudeness he has to confront day after day in the Commons is conveniently ignored, of course. Shame on the majority of mainstream media outlets for printing from the Tory PR crib sheet without question.

Around 200 Tory MPs clamoured to make a point of order, amid howls of outrage and shrieked demands for an apology.

It’s extraordinary that the government have become the first in the UK to be found in contempt of parliament, they have systematically avoided accountability, they have conducted Commons debates behaving disruptively, maliciously, without decorum, showing the utmost disrespect towards opposition parties and the general public.

The Labour leader’s spokesman had said afterwards that Corbyn had said ‘stupid people’, referring generally to Conservative MPs who were not taking the issues being debated seriously. That’s an understatement, the Conservatives were behaving as they usually do, as vindictive, baying barn yard bullies.

He said he had confirmed the word spoken with the Labour leader personally, adding: “He did not call her a stupid woman and so I don’t think there’s any basis for an apology.” before adding the following insightful words: “Anyone interested in the crisis facing the country?”

Dead cat strategy refers to the introduction of a dramatic, shocking, or sensationalist topic to divert discourse away from a more damaging topic. Not to be confused with Wag the Dog, which is a 1997 black comedy film where a spin doctor and a Hollywood producer fabricate a war to distract voters from a presidential sex scandal. It was produced and directed by Barry Levinson. Wag the Dog was released one month before the outbreak of the Lewinsky scandal and the subsequent bombing of the Al-Shifa pharmaceutical factory in Sudan by the Clinton administration in August 1998, which prompted the media to draw comparisons between the film and reality. The comparison was made again in December 1998 when the administration initiated a bombing campaign of Iraq just prior to Clinton’s impeachment over the Lewinsky scandal.

Diversionary strategies are just what the term implies: tactics used to try to derail and silence an argument rather than address it. It’s a somewhat overused strategy by the Tories, it typically involves diverting the discussion by attempting to aggressively shame an opponent or critic complete with complicit crib sheeted multiple media echoes and variations of “Shame on you”.

Raise the issue of racism, and the Conservatives will call you racist. Highlight some example of bullying and you are ‘the real bully’. Express concern about low wages for the working majority and you are accused of waging ‘class warfare’. Black is white, up is down, and nowhere does this actually make sense.

The Conservatives have become masters of public spin campaigns to distract or neutralise legitimate debate about issues.

A reminder to those Conservative MPs who are furious about Jeremy Corbyn today, where was this fury when an MP under investigation for sexual harassment/rape was allowed back to support May in the confidence vote? #PMQs #stupidwoman