Every year since the Tories entered government in 2010 rough sleeping has got worse. There is absolutely no excuse for this.https://t.co/CysdrMC22b

Yesterday I wrote two articles about the Conservative’s latest grotesque dead cat strategy. The second was concerning an email I got in the early hours from the Conservative Party’s Vice Chair, Helen Whatley, which gave the whole series of  ever-complicit mainstream media commentaries and events in parliament a staged and an “integrity Initiative” kind of feel to it. I wrote a very angry and swift response. The bloomin’ cheek and brass neck of the Tories, asking ME to join their party to “show” Jeremy Corbyn. Needless to say I told them exactly what I thought of their psyop-styled invitation.

The Conservatives turned parliament into a spite-riddled pantomine yesterday, despite the fact that a homeless man who had collapsed outside the houses of parliament died hours before. He is the second homeless person to die after falling ill outside parliament this year. True to form, the heartless government refused to see this as a wake-up call, and instead, unabashed, they indulged in disrespectful and vindictive performances to attack  HMs opposition leader.

Data released on Thursday by the Office for National Statistics shows nearly 600 homeless people were found dead on the streets or in temporary accommodation in England and Wales in 2017. They are the first official government figures and show a 24% increase in deaths over five years.

Deaths have risen every year since 2014, increasing from 482 to 597 last year, according to the figures. The average age of a rough sleeper at death was 44 among men and 42 for women. Eighty-four percent of the homeless people who died were men. London and the north-west had the highest mortality of homeless people in England and Wales. 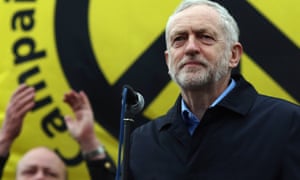 The trials, tribulations and triumphs of Jeremy Corbyn

Jeremy Corbyn has done more to increase his party’s vote share since Clement Attlee in 1945. Corbyn has remained calm, measured, rational and reasonable despite the general hatred directed at him by the Conservatives, from some of the ‘moderate’ left and of course, the far-right. Despite being targeted by truly evil and relentless propaganda and smear campaigns which a amplified by the media, he has, nonetheless seen considerable electoral success in spite of it all.

A whistleblower, Peter Francis, revealed in 2015 that the Special Branch were ordered to put Corbyn under surveillance, and they compiled secret files on the political activities of Corbyn and nine other MPs, even after they had been elected to the House of Commons. Francis disclosed that he had read the files on the 10 MPs while he worked for the Metropolitan Police’s special branch.

He added that he had personally collected information on Corbyn, and two other MPs, while he was working undercover infiltrating anti-racist groups in the 1990s.

The revelations prompted criticism from some of the MPs who swiftly went to the Commons and demanded answers from the police. (This is a transcript of the parliamentary debate, and Guardian articles here and here).

John Bercow, the Speaker of the House of Commons, has told MPs that the revelations were “extremely serious”, warning: “This matter will not go away”.

Hain, a former cabinet minister, (here) wanted to know why he was being watched by the police when he was an MP, adding that the revelations raised “fundamental questions about parliamentary sovereignty”. Two politicians have established that the police maintained files on their political activities in recent years. Neither of them – Jenny Jones, a Green Party peer, and Ian Driver, a Kent councillor who stood against ex UKIP leader Nigel Farage at this year’s general election – have a criminal record.

The police were unable to say how many elected progressive politicians have been monitored by its ‘domestic extremism’ unit (whose formal name has been the National Domestic Extremism and Disorder Intelligence Unit.)

It’s an utter outrage, and clearly demonstrates the sheer unaccountability and contempt for democracy that the establishment have and hold. Yet the despicable prop and propaganda mouthpiece for a profoundly antidemocratic establishment, the Daily Telegraph, reported that undercover police officers had monitored Jeremy Corbyn for two decades. It was claimed that he had been put under surveillance “amid fears that he was attempting to undermine democracy”.

It was part of a barrage of stories from the rightwing press intended to damage his attempt to win the election.

But those of us with more sceptical (and less cynical) minds are asking a different question – why were the police spying on an elected MP who has been committed to nonviolent protest?

As Corbyn has previously said: “I am a democratically elected person and it turns out I was put under surveil­lance for a long time because I campaigned on human rights issues and was involved in justice campaigns.”

Meanwhile, the Conservatives see universal human rights as an inconvenience to be  disregarded for those who can’t afford the privilege. They think social justice is about property rights, the right for employers to exploit workers, the right for the state to coerce ill and disabled people into exploitatively low paid jobs, regardless of whether or not they are well enough to work.

It’s high time the UK public asked itself what kind of leader isthe best kind for the majority. Authoritarian leaders seem to conventionally appeal to historically stereotypical notions of “strength”, but who genuinely believes that this bunch of arrogant, sneering, narcissistic bunch of public school bullies has any real strength? And why does anyone imagine they give a toss about the majority of people’s lives?

It’s time for us to emancipate ourselves from the conventional, overbearing authority, hierarchy and other forms of centralised, commanding domination of government. A collaborative, facilitating kind of leadership and political organisation is the only one with which we can genuinely engage and be engaged.

I’ve spent quite a bit of the last few years reflecting on the baleful influence of shadowy pressures coming from the establishment – ‘the permanent state’ – who quite simply will go to any lengths to prevent a thoroughly decent democratic socialist who means what he says, to be Prime Minister.

And that in itself shows just what a flimsy facade democracy has become, serving as little more than a fact-proof screen erected around a very nasty long standing authoritarianism embedded in a deepest, darkest state. It’s time to knock it down and rebuild an accountable responsive government that serves the people, rather than simply enduring one that thinks we should serve it.

I’ll leave you with Jeremy Corbyn’s comment on yesterday’s shenanigans in parliament.

Yesterday the Tories and much of the media created a phoney row about something I didn't say.

I don’t make any money from my work.  If you want to, you can help me keep going by making a donation to support me in continuing to research and write informative, insightful and independent articles, and to continue to provide support and advice to others affected by the Conservative’s punitive welfare ‘reforms’.