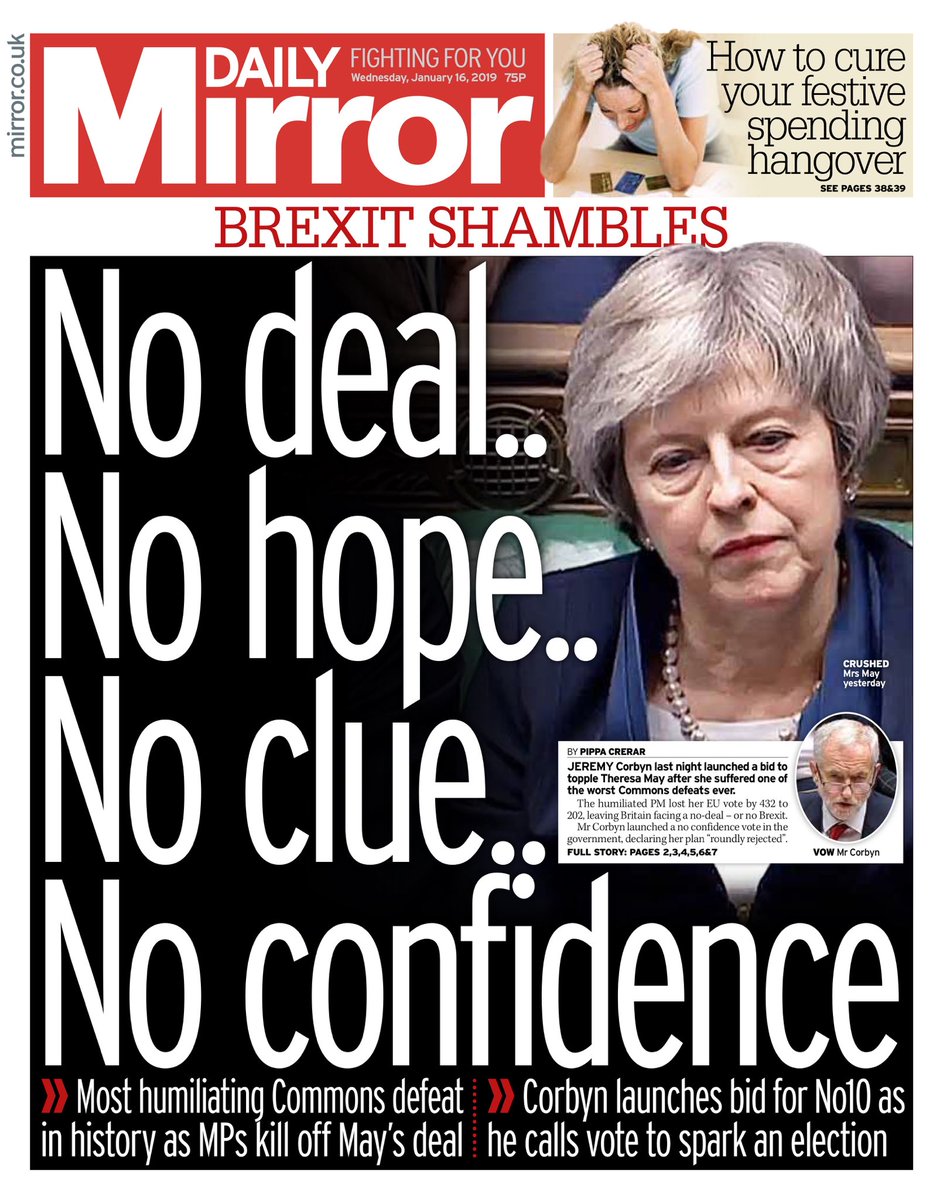 The Press Association has provided this helpful guide to the motion of no-confidence, tabled by Jeremy Corbyn in an attempt to bring about a general election. The vote is scheduled to be held tomorrow afternoon.

It is the first time the procedure has been used under the provisions of the Fixed Term Parliaments Act, passed by the coalition government under David Cameron.

This is how it will work:

Mr Corbyn will move the motion tabled in his name as Leader of the Opposition and will speak first in the debate scheduled for Wednesday afternoon.

The Prime Minister will then speak for the government and at the end of proceedings at 7pm, MPs will vote.

If the government wins there will not be a general election and ministers will carry on in office.

During that two-week period there is no statutory limit on how many times a confidence motion can be brought forward and voted on.

In the course of that period the opposition may seek to form alliances within the Commons to demonstrate that they are the party most likely to command the confidence of the House and therefore should be given the opportunity to form a government.

The shadow international trade secretary Barry Gardiner has already suggested that the PM could face a series of confidence votes in the coming weeks.

Scotland’s first minister, Nicola Sturgeon, has said the SNP supports Jeremy Corbyn’s confidence motion. Describing the vote as “a defeat of historic proportions for the prime minister and her government”, Sturgeon said:

It has been crystal clear for months that the prime minister’s approach was heading for a crushing defeat. Instead of facing up to that fact, she wasted valuable time with her postponement of the meaningful vote in December. There is no more time to waste.

Here are the figures for how the parties voted on Theresa May’s deal:

You can sign the petition (here) to register your own no confidence in Theresa May’s government, and demand a general election.