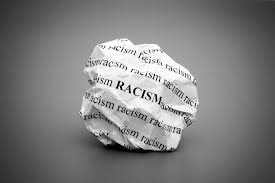 A Conservative councillor has been suspended by the Conservative Party after a Facebook group he moderates was found to contain several Islamophobic and racist comments.

Martyn York, a Conservative councillor in Wellingborough, was a moderator for “Boris Johnson: Supporters’ Group”, which included  members whose comments called for the bombing of mosques around the UK. Dorinda Bailey, a former Conservative council candidate, has also been accused of supporting Islamophobia with her comments following a post in the group calling for mosques to be bombed.

Furthermore, the group, which has 4,800 members, can only be joined after receiving approval from moderators, and its guidelines explicitly call on members not to post hate speech.

Comments in the group, however, seriously violate these rules, with several referring to Muslims as “ragheads” and calling immigrants “cockroaches”.

In one comment, the mayor of London, Sadiq Khan, is called a “conniving little muzrat”, and Muslim Labour MP Naz Shah is also targeted with abuse and told to “p*** off to [her] own country”.

Someone posted in the group that any mosques “found to preach hate” should be shut down, another group member responded: “Bomb the f****** lot.”

Bailey responded, without a trace of irony: “I agree, but any chance you could edit your comment please. No swearing policy.”

There were also comments in the group telling an African solider to “p*** off back to Africa” and for Labour MP Fiona Onasanya to be “put on a banana boat back home”.

After the offensive posts were brought to his attention, Conservative Party chairman Brandon Lewis confirmed York’s suspension and said Bailey was no longer a member of the party.

The Muslim Council of Britain (MCB), which has repeatedly called for an inquiry into Islamophobia in the Conservative Party, said this was further evidence of a “significant problem”.

“A Facebook group led by Conservative politicians containing unashamed bigotry has made it completely apparent that there is a significant problem with racism and Islamophobia within the party of government,” a spokesperson for the MCB said.

“Polls revealing that half of all Conservative voters in 2017 believe Islam to be a threat to the British way of life have shown how widespread this sentiment is. We reiterate our call for the government to launch an inquiry into Islamophobia and lead by example by committing to tackle bigotry everywhere, not just where it’s politically convenient.”

There government were happy enough to ensure an inquiry into the allegations of antisemitism in the Labour party, and ‘inappropriate’ posts on social media took place. However, the conclusions of the Home Office Committee contradicted the claims being made on the right and among the neoliberal centrists, about the Labour party.

Nonetheless, the claims have continued, indicating a degree of underpinning political expedience and media misdirection. 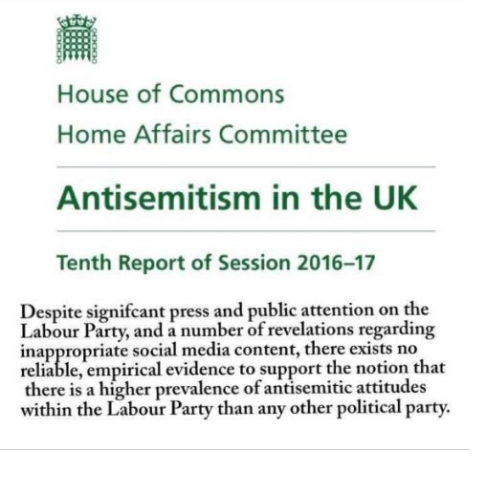 That is not to say there is no antisemitism at all among Labour party members, and where allegations arise, those MUST be addressed. However, it does indicate that political and media claims that the party is ‘institutionally antisemitic’ are completely unfounded.

It is also absolutely reasonable to point this out.

Meanwhile the Conservatives have continued to embed their prejudices and racism in  discriminatory policies. For example, in 2014 Theresa May was the Home Secretary who introduced the disgraceful Hostile Environment legislation that ultimately led to the Windrush scandal.  On March 1st 2019 a central mechanism of that legislation was ruled unlawful by the High Court because of the way it has unleashed a wave of racism, and because it was found to violate the European Convention on Human Rights.

He also ruled that rolling out the scheme in Scotland, Wales or Northern Ireland without further evaluation would be “irrational” and breach equality laws.

“The evidence, when taken together, strongly showed not only that landlords are discriminating against potential tenants on grounds of nationality and ethnicity but also that they are doing so because of the scheme,” Mr Justice Spencer told the court on Friday.

He added “It is my view that the scheme introduced by the government does not merely provide the occasion or opportunity for private landlords to discriminate, but causes them to do so where otherwise they would not.”

The changes that came into force in 2016 required private landlords to check the immigration status of potential tenants, or face unlimited fines or even prison for renting to undocumented migrants, coercing landlords into becoming agents of the state, effectively.

Judge Martin Spencer said: “The government cannot wash its hands of responsibility for the discrimination which is taking place by asserting that such discrimination is carried out by landlords acting contrary to the intention of the scheme.”

He also said he had found that Right to Rent had “little or no effect” on controlling immigration and that the Home Office had “not come close” to justifying it.

The legal challenge was launched by the Residential Landlords Association (RLA) and Joint Council for the Welfare of Immigrants (JCWI), which called Right to Rent a “key plank of Theresa May’s hostile environment” policy.

“But we all know that this sort of discrimination, caused by making private individuals into border guards, affects almost every aspect of public life – it has crept into our banks, hospitals, and schools. Today’s judgment only reveals the tip of the iceberg and demonstrates why the Hostile Environment must be dismantled.”

John Stewart, policy manager for the RLA, called the ruling a “damning critique of a flagship government policy”.

He added : “We have warned all along that turning landlords into untrained and unwilling border police would lead to the exact form of discrimination the court has found.”

Rather than accept the High Court’s findings, a Home Office spokesperson has said that an independent mystery shopping exercise found “no evidence of systemic discrimination”.

“We are disappointed with the judgement and we have been granted permission to appeal, which reflects the important points of law that were considered in the case. In the meantime, we are giving careful consideration to the judge’s comments,” he added.

I have written at length about the prejudiced, discriminatory and unlawful policies that the Conservatives have directed at ill and disabled people over the last few years. I also submitted evidence to the United Nations on this matter. However, the UN’s findings of “grave and systematic violations” of disabled peoples’ human rights, and the examples of structural violence inflicted on our politically marginalised community currently fails to get the media attention that mere allegations of antisemitism within the Labour party attracts.

People are suffering harm and psychological distress, and increasingly, some are dying, as a direct consequence of oppressive, cruel, illegal and dangerously authoritarian Conservative policies, while shamefully, much of the media prefers to look the other way.

That is, where the state directs them to ‘look’.

If you’ve ever wondered how some societies have permitted conscious cruelty to flourish, to the point where entire groups are targeted with oppressive and discriminatory policies resulting in distress, harm and death, I have to tell you that it’s pretty much like this.