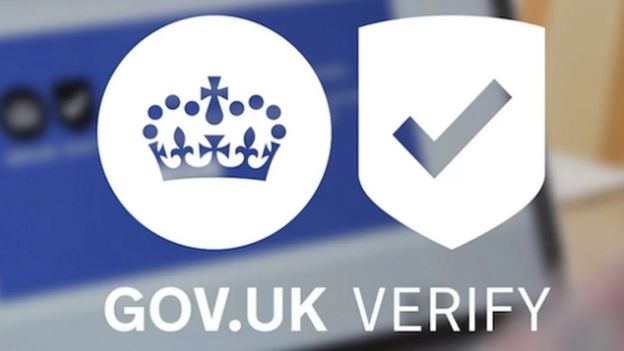 The National Audit Office has strongly criticised the government’s flagship identity verification scheme. The damning report says Gov.UK Verify has fallen well short of its target of 25 million users by 2020, managing only 3.6 million so far.

The government has had to lower its estimates for Verify’s financial benefits by 75%.

Nineteen government services currently use Verify, such as the Department for Work and Pensions, in the process of delivering universal credit, those claiming a tax refund from HM Revenue & Customs (HMRC) and HM Land Registry’s Sign your mortgage deed may all be accessed through Verify, too.

The National Audit Office (NAO) scrutinises public spending for Parliament and is independent of government. The NAO have published its investigation on Verify, the government’s flagship identity verification portal. It has found Verify’s performance has consistently been below the standards initially set, and take-up among the public and departments has been much lower than expected.

Verify asks people wanting to sign up to government services via the GOV.UK website to pick a commercial identity provider to check and verify their identity. Current providers include Barclays, Digidentity, Experian, Post Office and secureidentity/Morpho. (Royal Mail and CitizenSafe/GBG were also providers but recently decided not to continue as identity providers on the commercial terms applying from October 2018.)

For those that do use Verify, problems are widespread.

Currently only 48% of people who try to sign up for the service are successful on their first try.

This rate is even lower (38%) for universal credit claimants using the service to authenticate their identity online. This has led to increased operational costs, with the Department for Work and Pensions (DWP) expecting its spend on manual verification to be about £40m over the next decade.

The NAO’s report follows on from their previous work on Verify in the Digital transformation in government report. This found that Verify’s take-up had been undermined by its performance and that Government Digital Service had lost focus on the longer-term strategic case for the project.

The Government Digital Service (GDS), part of the Cabinet Office, developed Verify to be the default way for people to prove their identities so they can access online government services securely. It originally intended for Verify to be largely self-funding by the end of March 2018.

However, the NAO’s investigation highlights that the number of people and departments using Verify is well below expectations. GDS has significantly revised down its estimated financial benefits by over £650 million, for the period 2016-17 to 2019-20, from £873 million to £217 million. Government also continues to fund it centrally, although it announced in October 2018 that this would stop in March 2020.

In 2016 GDS forecast that 25 million people would use Verify by 2020. By February 2019, 3.6 million people had signed up for the service. If current trends continue, approximately just 5.4 million users will have signed up by 2020.

Nineteen government services currently use Verify, less than the 46 expected to by March 2018, and of those, at least 11 can still be accessed through other online systems. Some government service users, such as Universal Credit claimants, have experienced problems. As a result, departments have needed to undertake more manual processing than they anticipated, increasing their costs.

Verify uses commercial providers to check people’s identities. GDS has reported a verification success rate of 48% at February 2019, against a projection of 90%. The success rate measures the proportion of people who succeed in signing up for Verify, having had their identities confirmed by a commercial provider. It does not count the number of people dropping out before they finish their applications nor indicate whether people can actually access and use the government services they want after signing up with Verify.

The vast majority of funding comes from central government (and ultimately, the tax payer). Verify has cost at least £154 million by December 2018 but this is likely to be an underestimate of all costs, as GDS’s reported spend does not include costs of departments reconfiguring their systems to use Verify.

The largest component of known costs, some £58 million, was payments to commercial providers. In addition, out of seven departments invoiced for their use of Verify from 2016-17 only one department (HMRC) has paid. The total amount invoiced was £3.6 million, of which £2 million is currently still outstanding.

Verify has been subject to over 20 internal and external reviews, including a July 2018 review by the Infrastructure and Projects Authority that recommended Verify be closed as quickly as practicable, bearing in mind Universal Credit’s critical dependency on it. This followed a Cabinet Office and Treasury decision in May 2018 to approve GDS’s proposal to ‘reset’ Verify in an attempt to improve its performance and take up.

“Despite spending at least £154m on Verify, only half the people that try to sign up are able to use it and take-up is much lower than expected.”

The report notes that the total cost of Verify is in fact likely to exceed £154m, as this figure does not include the amount it has cost departments to reconfigure their systems to use Verify.

Of the known costs, more than one-third has gone on payments to the commercial identity providers behind the system, including Barclays and the Post Office.

The Cabinet Office announced in October 2018 that government would stop funding Verify in March 2020. It has capped the amount it will spend on Verify during this time to £21.5 million. GDS has confirmed 18-month contracts with five commercial identity providers who will continue to verify people’s identities. After March 2020, GDS’s intention is for the private sector to take over responsibility for Verify.

GDS will withdraw from its operational role running Verify from April 2020. GDS claims that under a market-based model, departments will procure Verify’s services directly from commercial providers. This means departments that currently do not pay their full usage costs for Verify would have to in future.

The NAO report concludes: “Unfortunately, Verify is also an example of many of the failings in major [government] programmes that we often see, including optimism bias and failure to set clear objectives. Even in the context of GDS’s redefined objectives for the programme, it is difficult to conclude that successive decisions to continue with Verify have been sufficiently justified.”

The full privatisation of this service is highly likely to present further problems, however, since the prospect of private profit introduces perverse incentives, which empirical evidence demonstrates are clearly linked with poor service standards and delivery.

It is a purely ideological strategy that has resulted in the poor management of public funds increasingly over the last few decades, and particularly, over this past eight years.