My son Jake asked me yesterday:”What is it with the Guardian’s existential insecurity and deep political cognitive dissonance? (Yep, he’s a philosophy student). He said “they’re all over the place. What’s that about?” He said that he expected the unintelligible mob-mouthing from the headlines of the right wing rags such as the Express and Sun, but felt the disease has spread to what he had previously considered the “reasonably reasonable media.”

He commented that even the Guardian and Independent have now succumbed to bouts of “febrile tutting, compulsive McCarthyist curtain twitching, spasmodic sneering and barnyard braying” at HM’s leader of the opposition The “mass hysteria, he says, has become a “shape-shifting reactionist wreck of contradiction, screeching mob mentality headlines, demanding ever- impossible, unreasonable  standards  of just one politician: Jeremy Corbyn.”

He thought I should gather together evidence of contradictions to highlight his point, but found someone had already done an outstanding job of that.

Ladies and gentlemen, I give you Colin Millar’s extraordinary gallery of empirical evidence.

There is a possibility Jeremy Corbyn will be Prime Minister of the UK by the end of next week. There is no better time to highlight how, no matter what Corbyn does or whatever position he takes, his critics will attack him – even if they totally contradict themselves (thread). 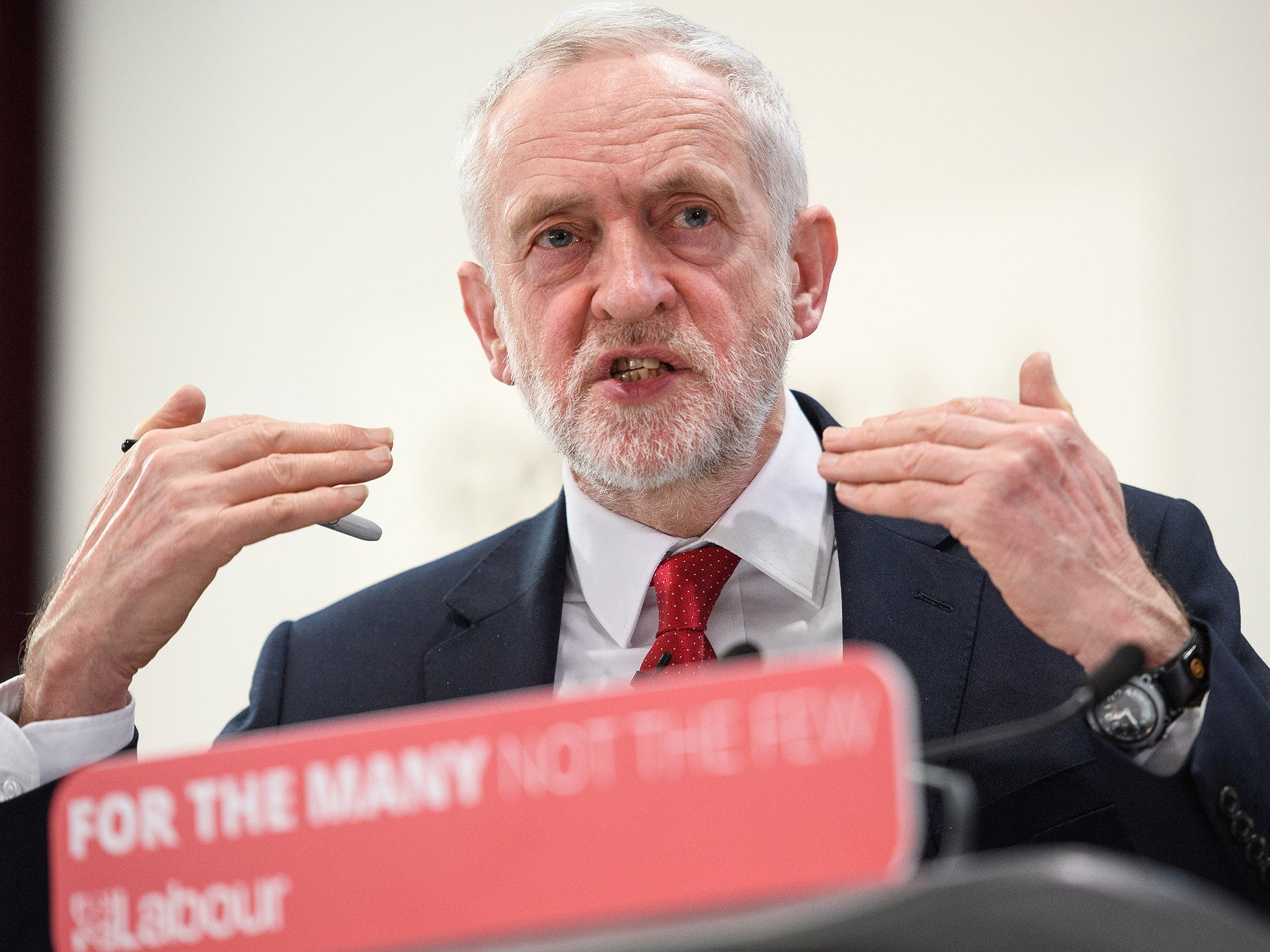 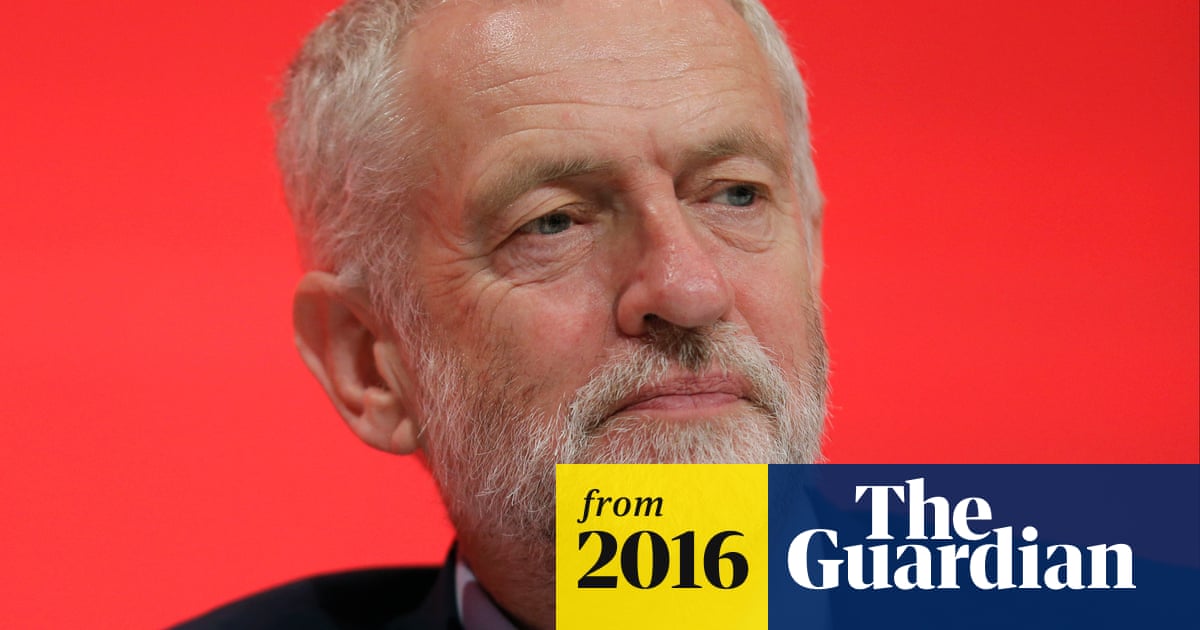 Corbyn is wrong to prioritise the Labour party over the public (The Observer): 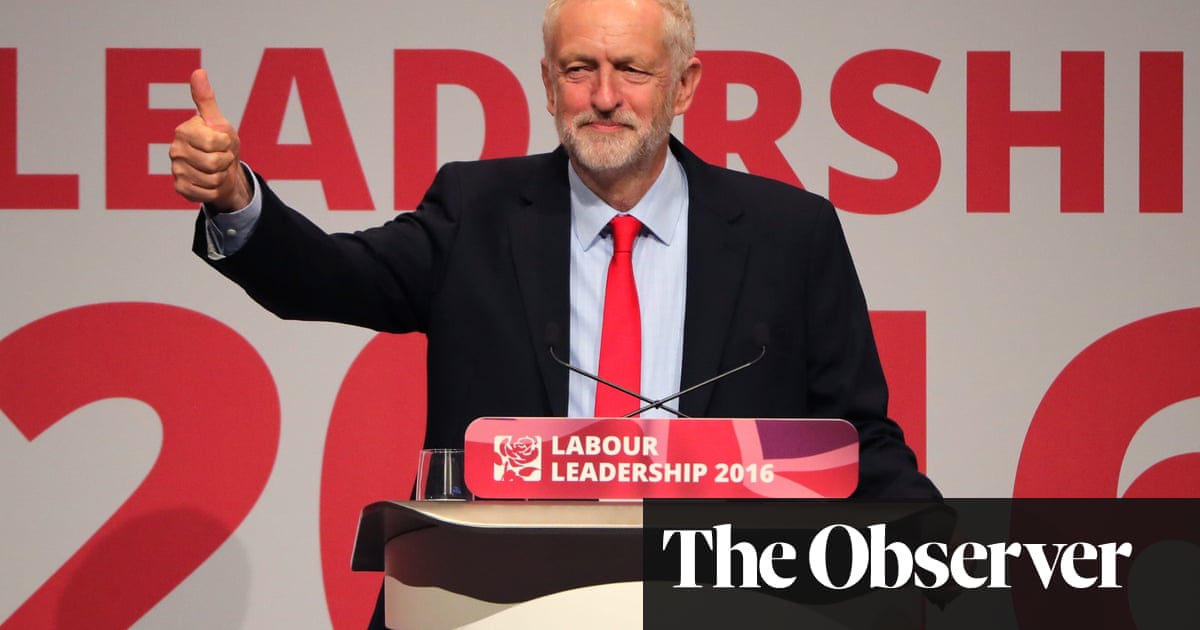 Corbyn is wrong to prioritise the public over the Labour party (The Observer): 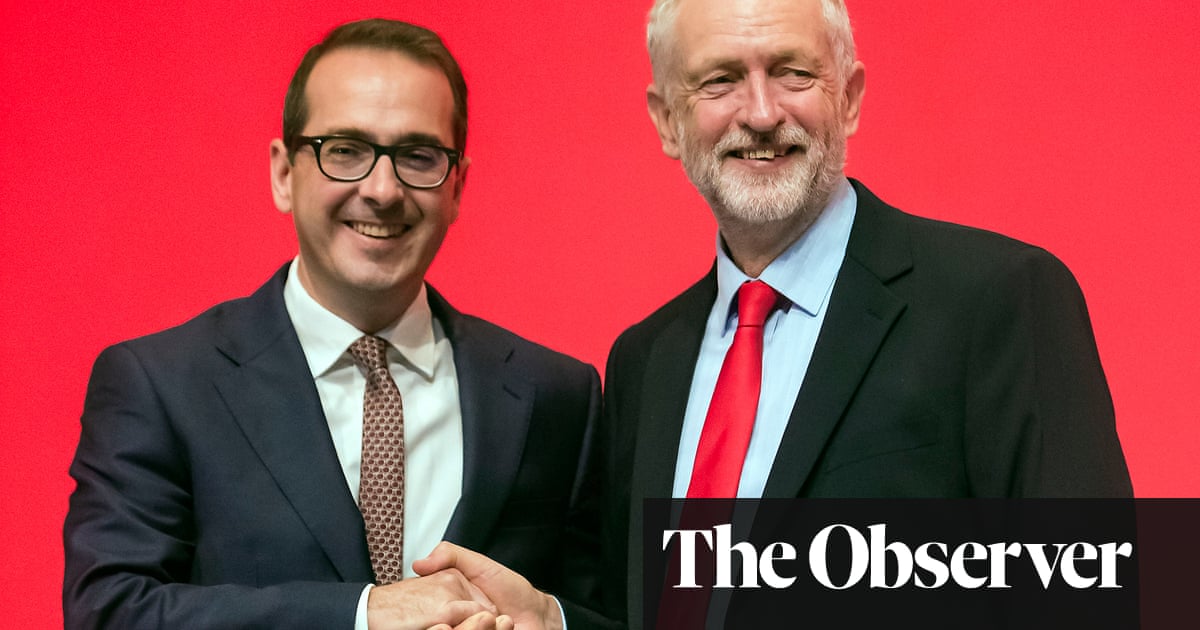 Corbyn promised Labour members power. Will he grant them a second Brexit vote? | Toby Helm As the party gathers in Liverpool, is Corbyn’s promise to empower members coming back to haunt him?

Corbyn appeals too much to the middle class:

Does the working class need to ask for its Labour Party back? The more working class voters there were in a constituency in 2017, the more it tended to swing to the Tories One thing is clear – Jeremy Corbyn has no understanding of the British people. The Labour leader’s sub-Marxist drivel assumes the whole country is like his own constituency. But middle-class voters don’t need his brand of ‘help’

Corbyn is anti-capitalist and spends too much time criticising companies who pay low wages (John Rentoul):

149 people are talking about this

Corbyn’s problem? He is too radical (‘Communism’ added to URL, when not relevant to story) – Andrew Rawnsley: 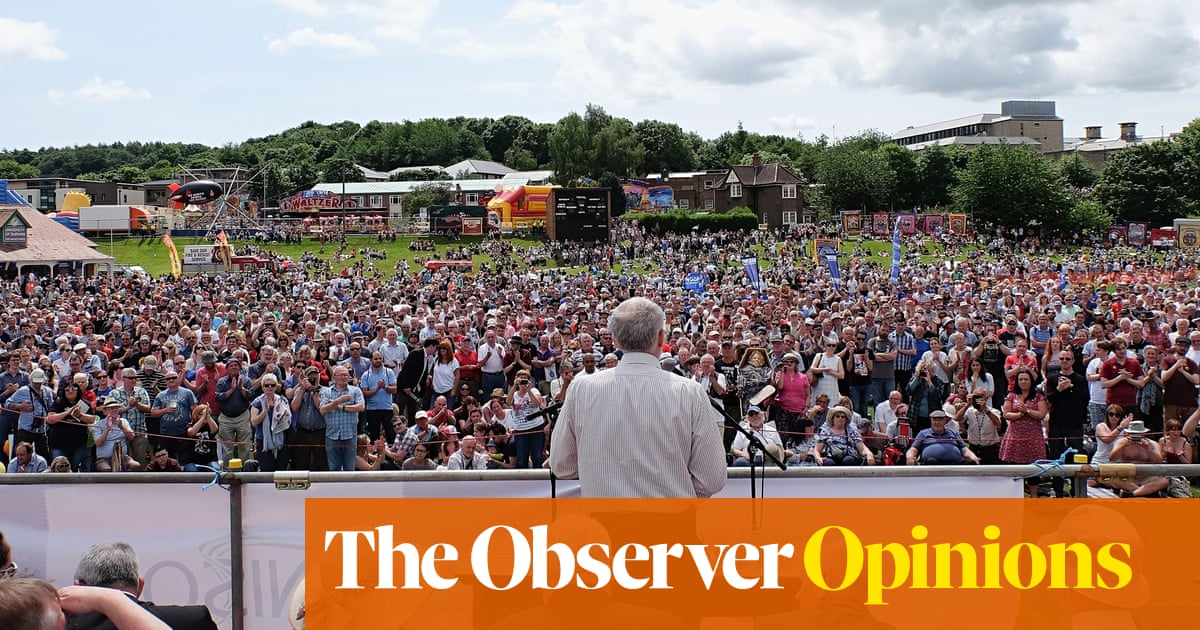 Why Labour is gravitating towards the Conservatives’ dream candidate | Andrew Rawnsley. Jeremy Corbyn is surging in the leadership contest on a leftward tide in the membership of the party 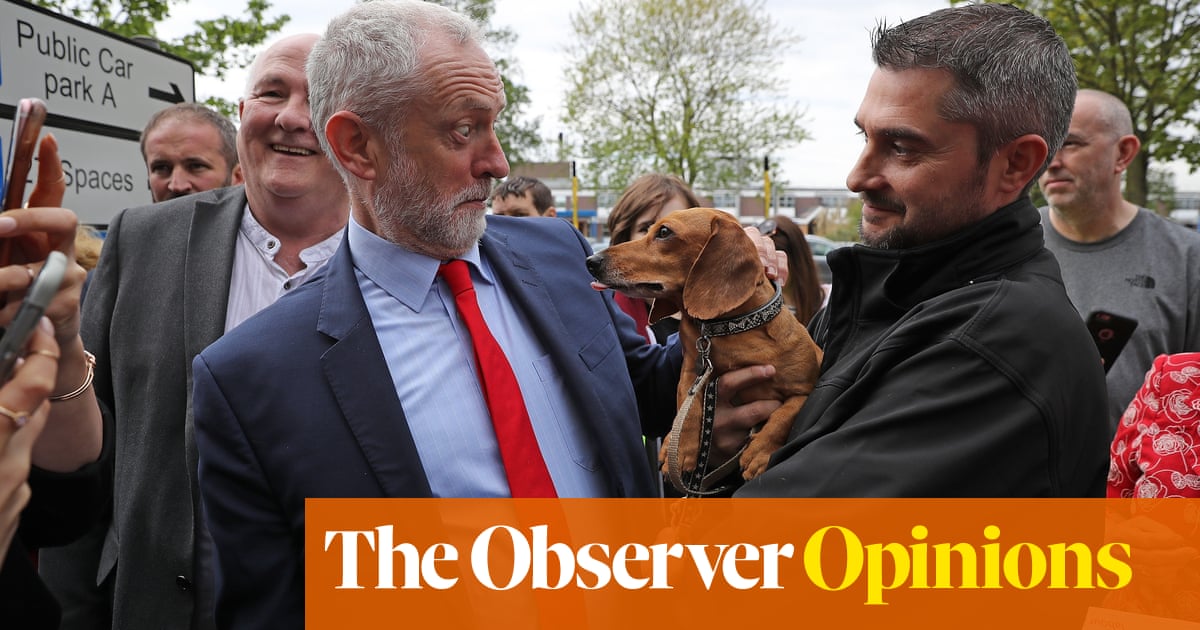 The really scary thing about Corbyn? He’s not radical at all | Andrew Rawnsley If Labour had any respect for its own history, it would have a better idea about how elections are won.

Corbyn’s problem? He’s both too centrist. He’s also too much of a fringe figure. Both are argued in the same piece by Tom Peck: 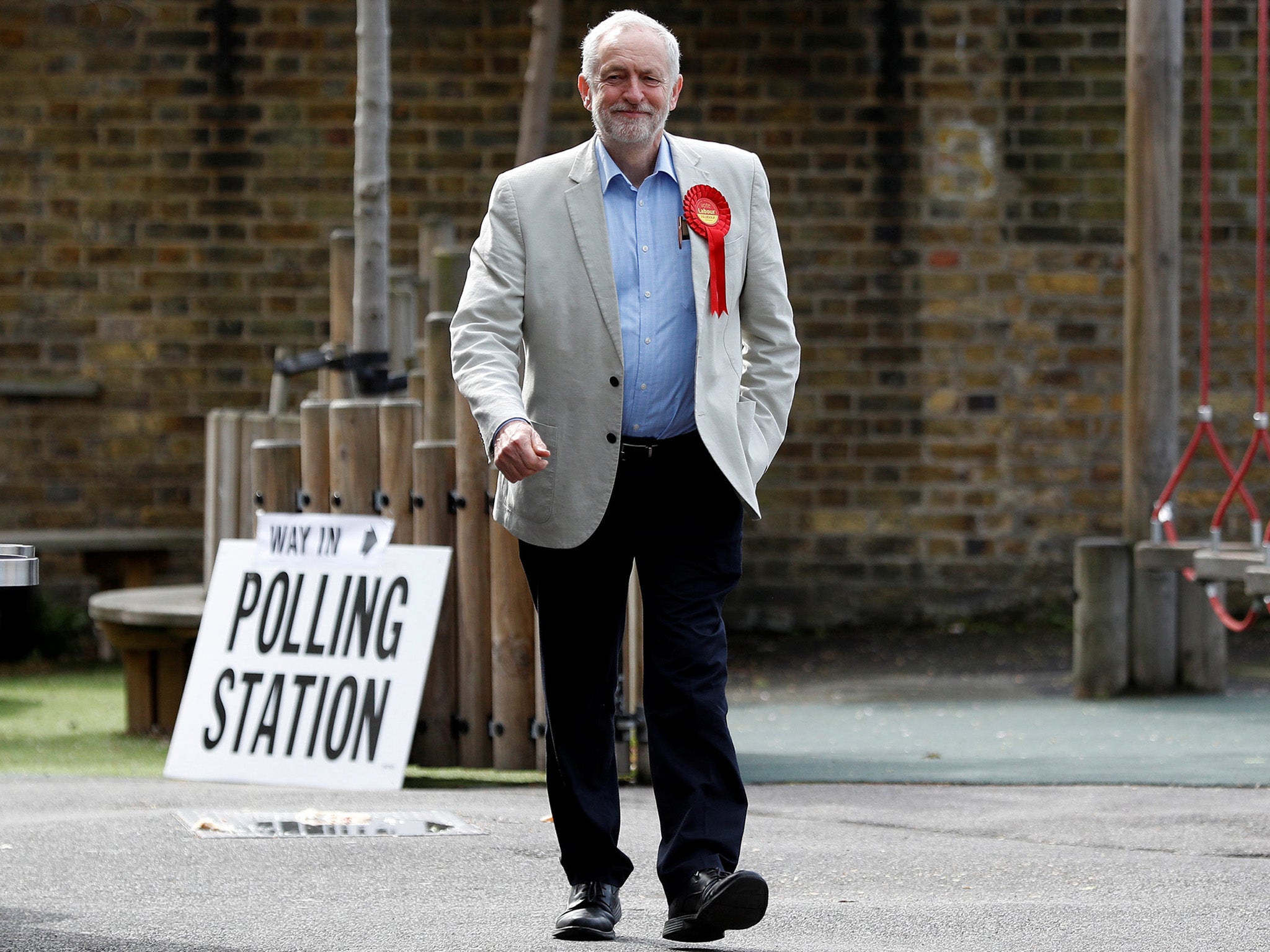 Opinion: Jeremy Corbyn is finally shifting toward the centre ground, though he may have set off too late

Corbyn’s problem? He is too elitist:

You’re losing the working class, Comrade Corbyn.What is the Labour Party for? The clue is in the name: it was set up to represent the interests of working-class men

Corbyn’s problem? He is too populist: 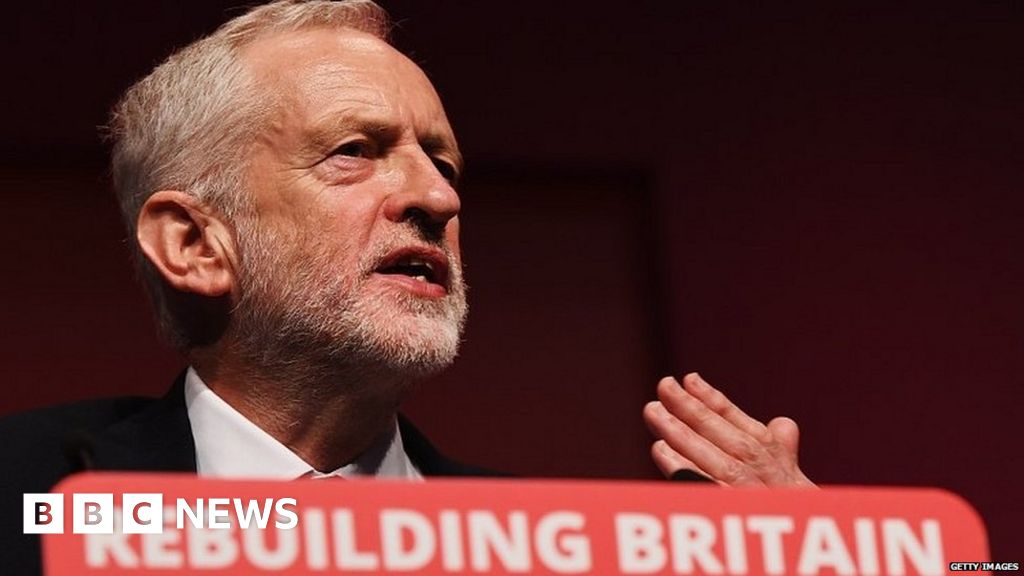 Corbyn’s ‘new common sense’ pitch. Labour conference was more at ease with itself this year, and this was designed to show the rest of the country it has credible answers. 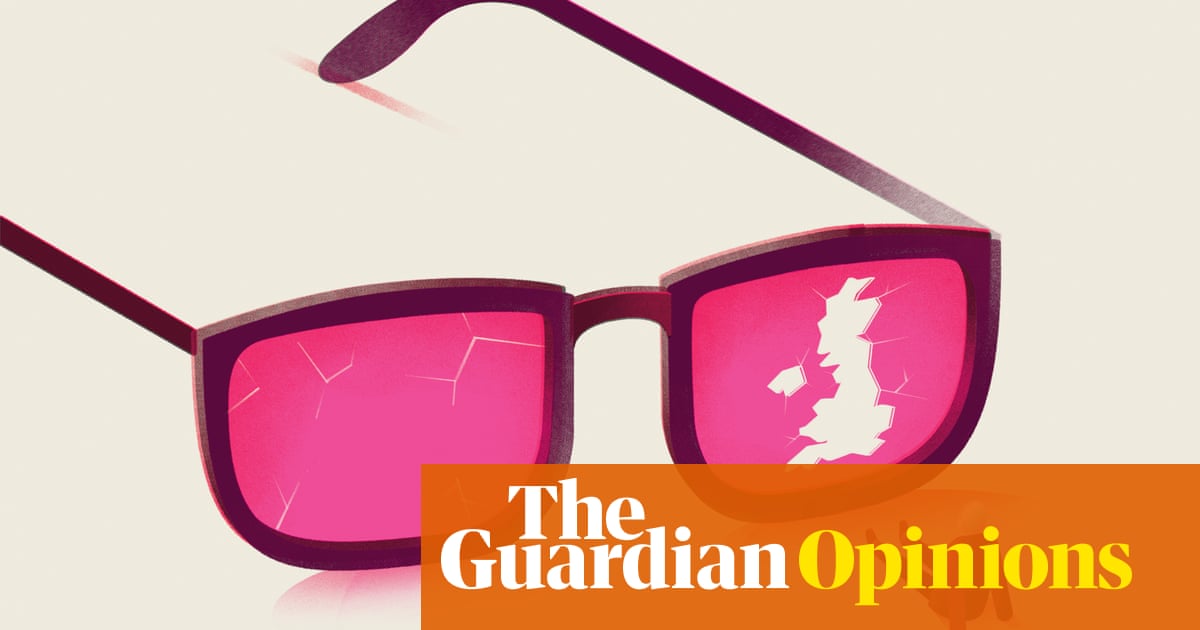 Where’s Jeremy Corbyn? Lost in a rose-tinted vision of Labour’s past | John Harris Labour must stop talking in terms of 1945 and all that, and engage with today’s big issue – Brexit, says the Guardian columnist John Harris

New Times: John Harris on why Labour is losing its heartland Conventional class-consciousness has been overtaken by collective resentment. We must face the fact Labour as we know it may very well soon not exist

Corbyn is too similar to Trump, says James O’Brien: 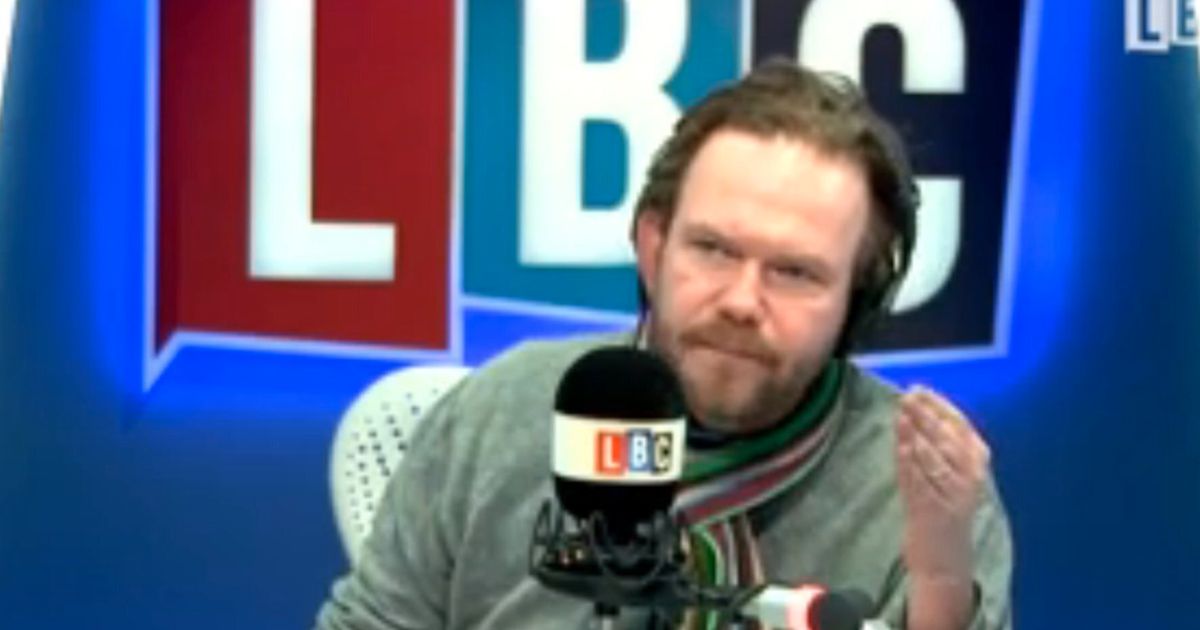 1,567 people are talking about this

Corbyn is even worse than Trump, says James O’Brien:

‘Anti-Semitism row is allowing Corbyn to hide from the media’ Anti-Semitism is to Corbynites what fake news is to Trump, says guest columnist James O’Brien

Jeremy Corbyn is simply too principled:

The echo chamber of social media is luring the left into cosy delusion and dangerous insularityNews on Facebook travels through “Likes” and shares, and people won’t Like a crackdown on benefits, even if they secretly support it

Jeremy Corbyn is a sellout who isn’t principled at all: 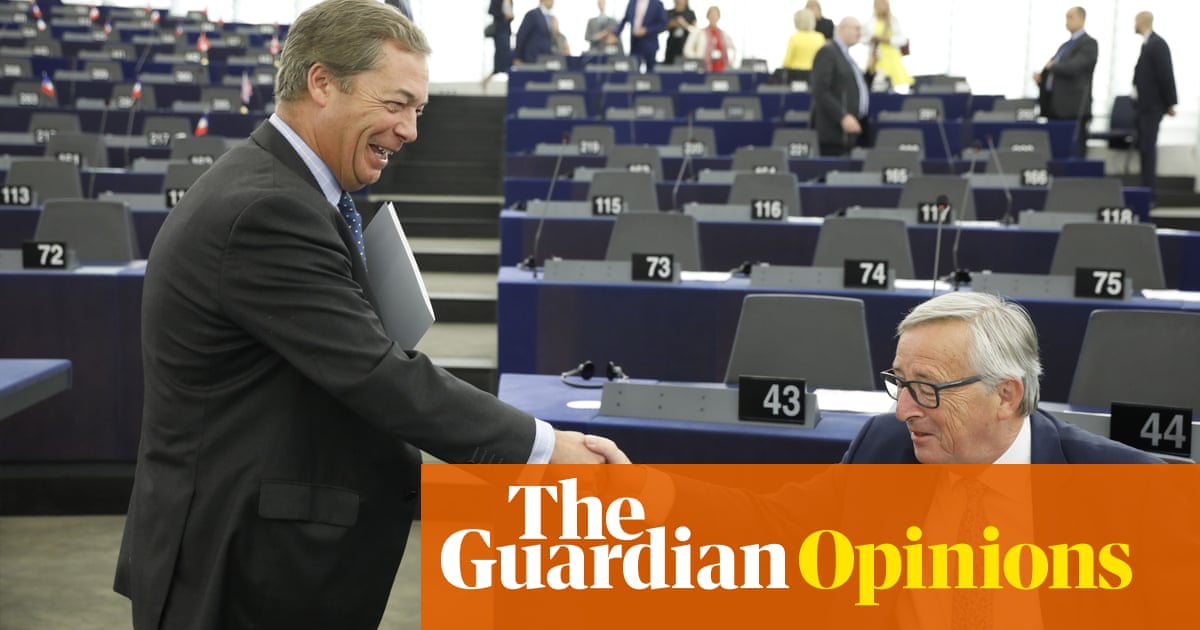 Jeremy Corbyn has no chance of power whatsoever (Brendan O’Neill):

Jeremy Corbyn’s chance of power should terrify everyone (Brendan O’Neill):

Jeremy Corbyn is a snowflake who is too sensitive (Brendan O’Neill): 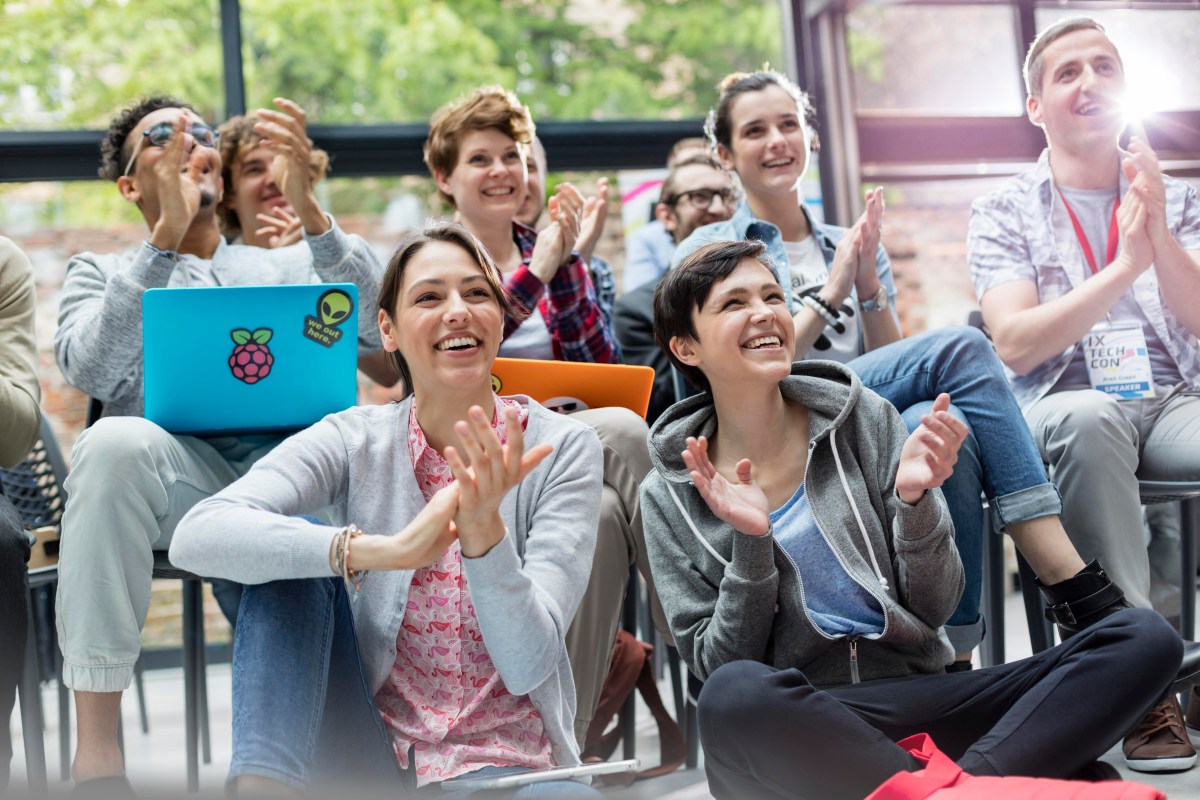 PC madness on university campuses in danger of becoming the new normal THE Safe Space is spreading. Like a B-movie blob, it is rolling off university campuses and into society. It is swallowing up more and more areas of public life, turning them into student-style zon…

The ‘Gammon’ insult is typical of Corbynista intolerance | Coffee HouseImagine referring to a whole section of society as meat. As mere flesh, bereft of sentience. It used to be hardcore racists who did that, to black people

Corbyn is a threat to life as we know it (Brendan O’Neill):

“This week we have had a chilling insight into Corbyn’s authoritarianism. For a politician to make open threats against the press is deeply disturbing. He cares nothing for free speech or press freedom.”

Brendan O’Neill on the Corbynista threat to liberty 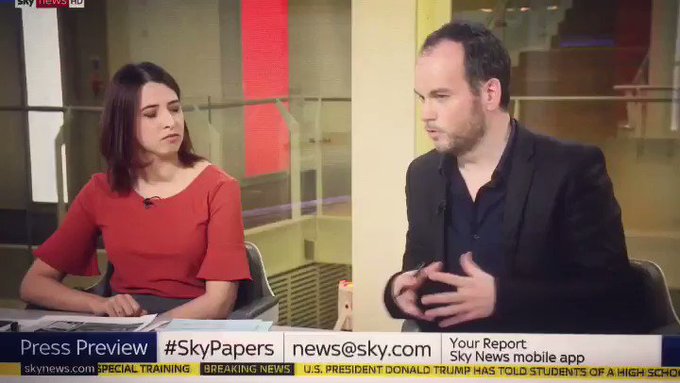 218 people are talking about this

Corbyn is no threat whatsoever to life as we know it (Brendan O’Neill):

No, Jeremy Corbyn is not a threat to life as we know it. The anti-Corbyn politics of fear demeans the demos

Jeremy Corbyn is NOT a communist (Brendan O’Neill):

They are not communists, you idiots Calm down, right-wingers: Corbynistas are squarer than you think.

“There’s a great irony to the Czech spy story: Corbyn insists he wasn’t involved with the Stalinists and yet he has responded in a quite Stalinist way to this story.” 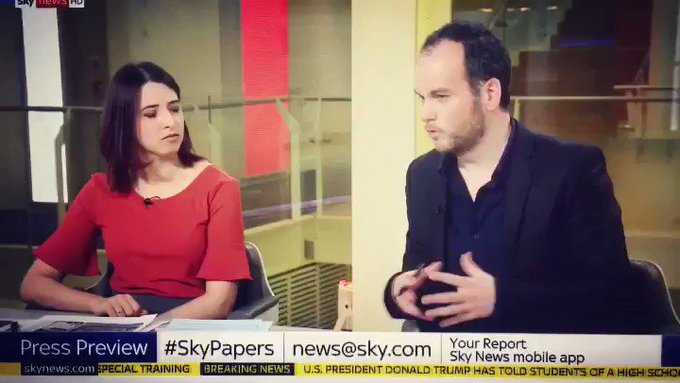 167 people are talking about this

Jeremy Corbyn has no interest in power (Nick Cohen):

Jeremy Corbyn is too interested in power (Nick Cohen):

The danger of Jeremy Corbyn is that he is totally unelectable (Nick Cohen): 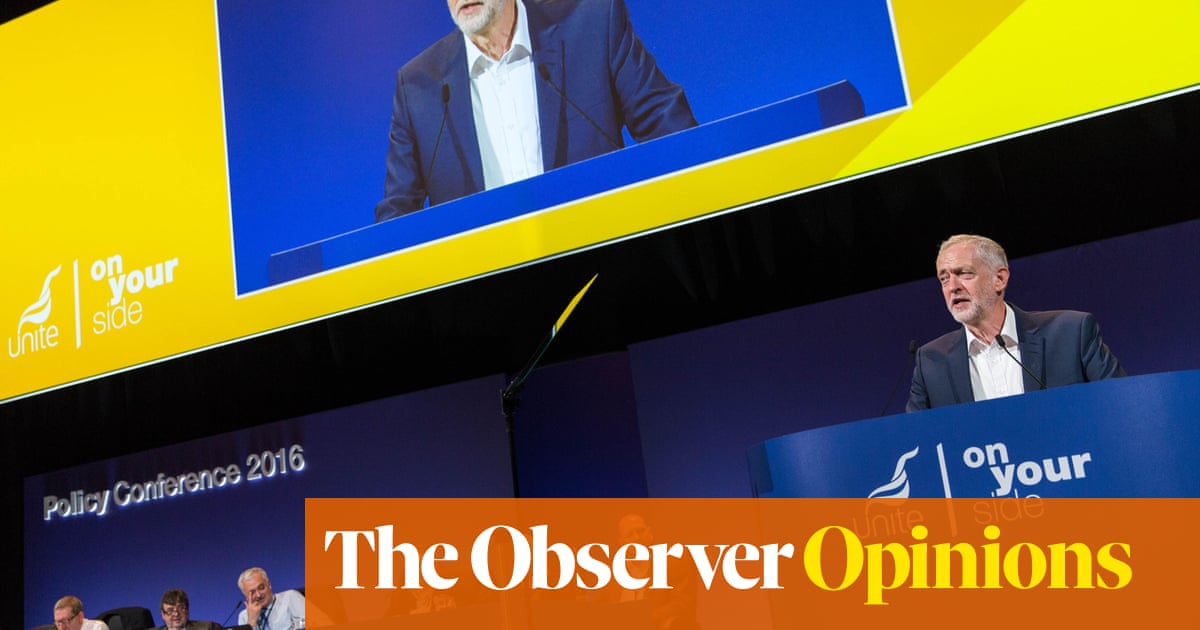 Labour has the stench of death – meet the killers | Nick Cohen

The party whose raison d’etre was once to govern has now become unelectable, robbing Britain of a viable opposition

The danger of Jeremy Corbyn is that he is too electable (Nick Cohen): 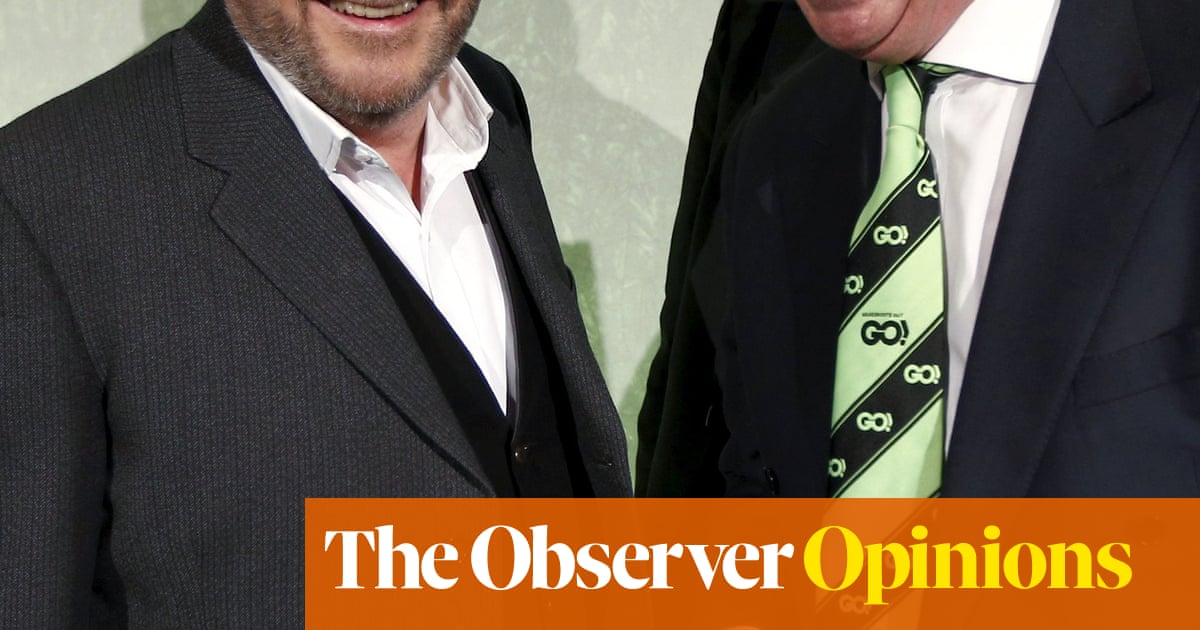 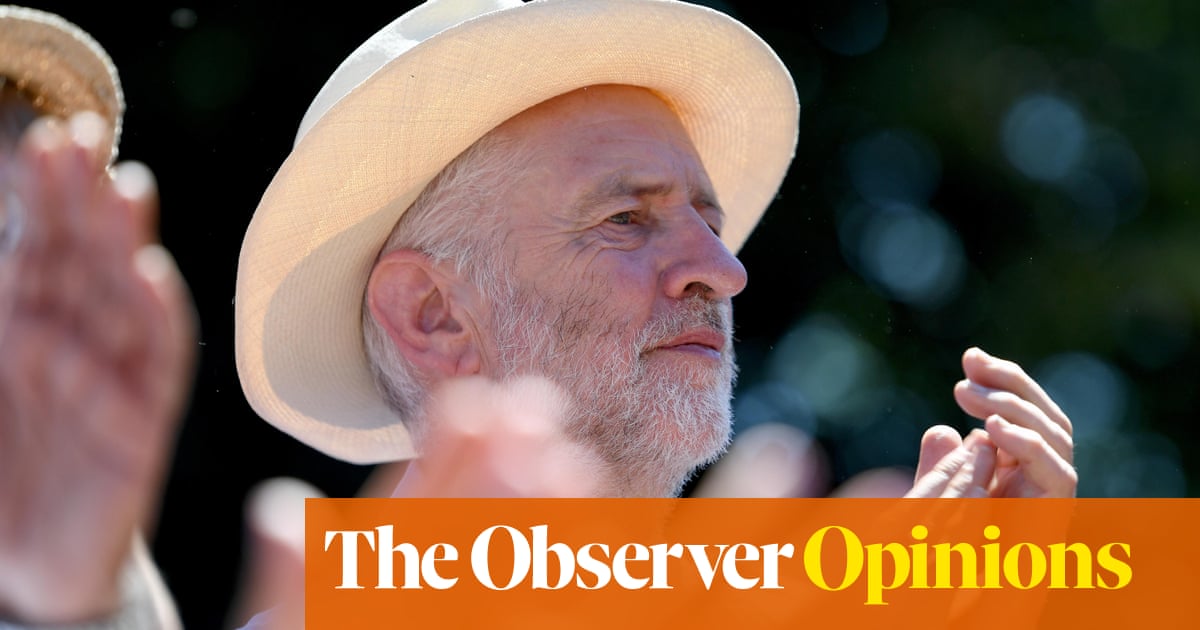 To say that the Labour party is in crisis because it is ‘too left-wing’ is to miss the point spectacularly. With eyes wide open, and all democratic…

Dan Hodges now, saying Corbyn is too keen for Brexit:

The reason Corbyn is adopting a more aggressively pro-Brexit stance is the same reason he’s aggressively rejecting the IHRA definition. He’s calculated he can take Labour Remainer votes for granted. They’ll sulk a bit, then say “but the food-banks”, and vote for him.

607 people are talking about this

Before Hodges criticises Corbyn for not wanting Brexit at all: 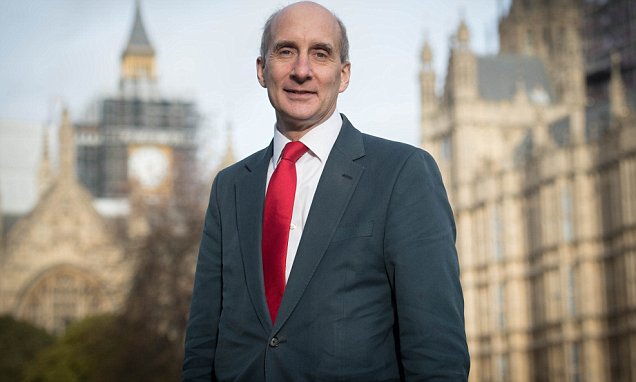 Cowards who’ll sell their souls to Corbyn for a second vote on Brexit.There are clear signs a deal with the Corbynites is being contemplated. This is partly due to the anti-Brexit virus that is now infecting the coolest of heads.

261 people are talking about this

Mitch Benn: Ok, Corbyn has changed his mind on Brexit – what a coward!

Mitch Benn: Has the penny finally dropped for Jeremy?

Ok, this is intriguing…

Labour must stop trying to frustrate Brexit It will take a speechwriter of iron discipline to resist the metaphor of renaissance. When the prime minister describes the British position on the European ..

Peter Mandleson: By not opposing Tory Brexit, Corbyn is betraying the national interest:

Peter Mandelson slams Jeremy Corbyn and Keir Starmer for “not acting in the national interest” The Labour peer and former cabinet minister accuses his party leader and the shadow Brexit secretary of having “torpedoed Labour’s ability to oppose”. 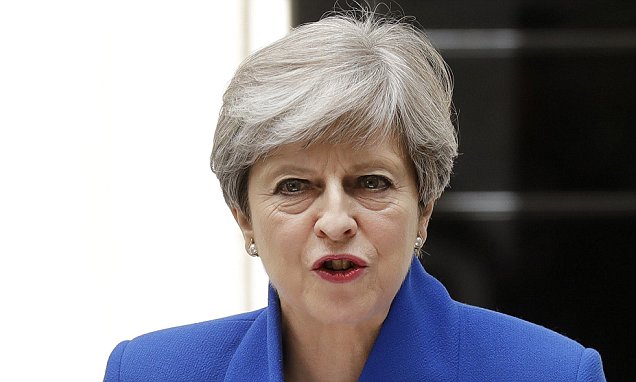 It still feels extraordinary to me that Theresa May made absolutely no acknowledgement of the devastating verdict the voters had just delivered to her.

Corbyn is wrong not to want a national election: 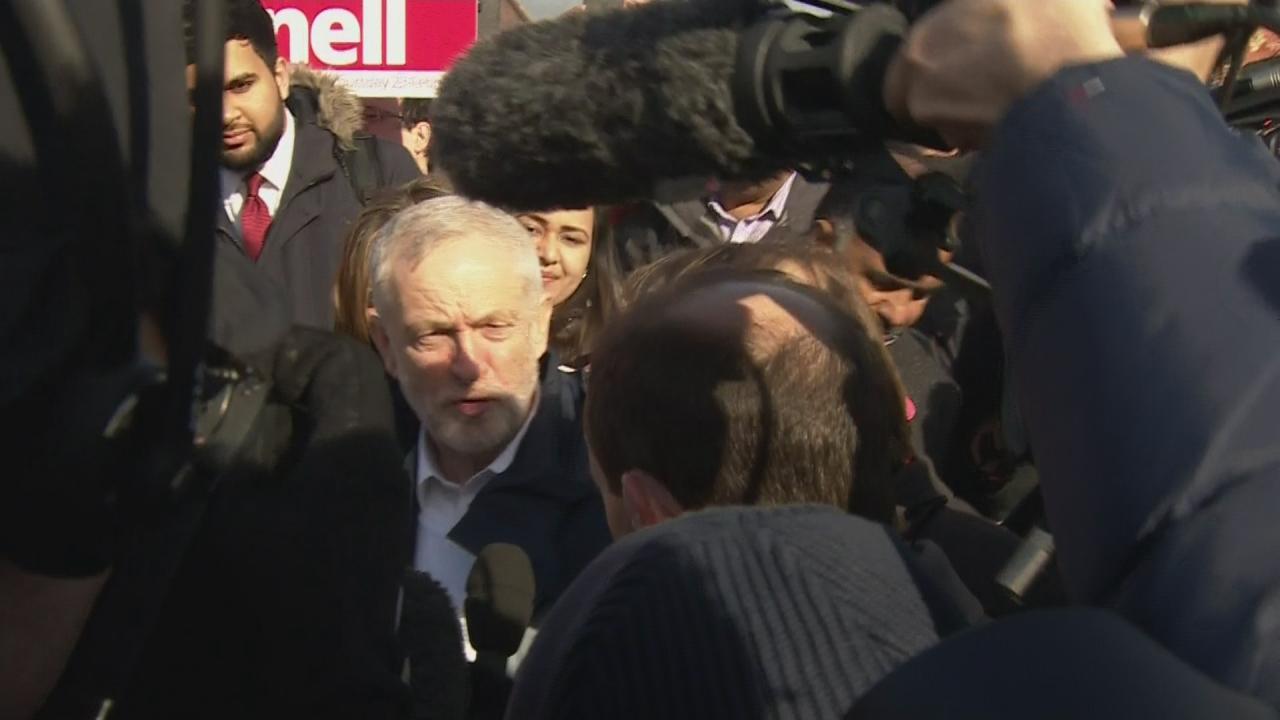 Corbyn is wrong to want a national election: 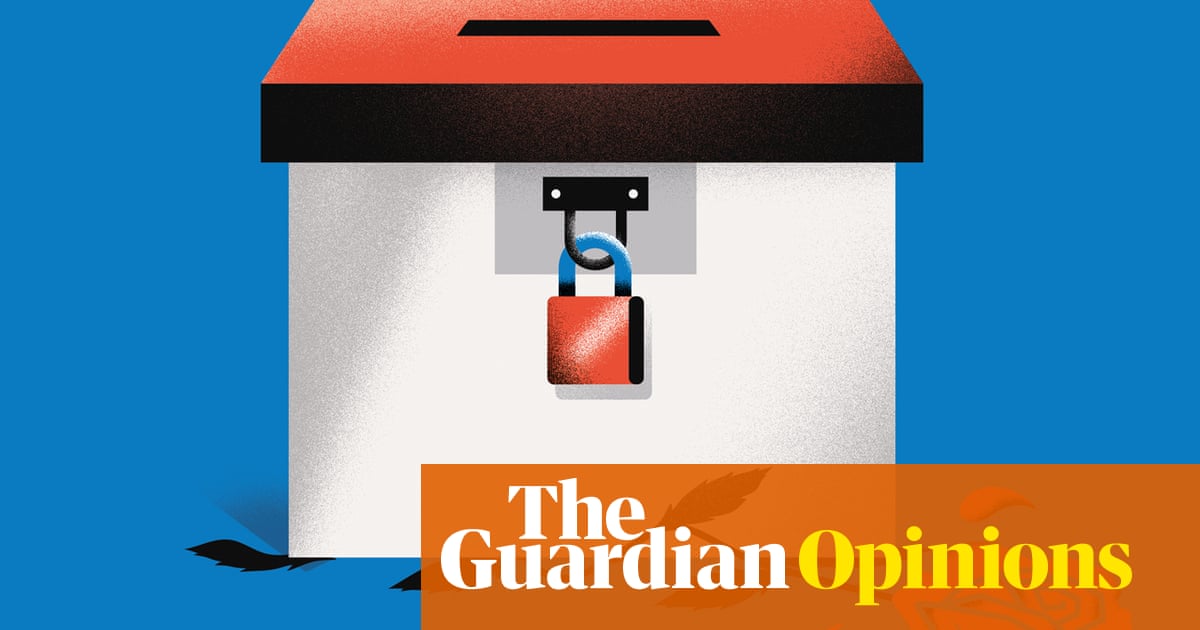 The shockingly inept opposition leader will preside over catastrophe for his party. Politics has rarely looked grimmer

Corbyn is set to lead Labour into electoral oblivion:

‘Civil war has broken out inside the party as grassroots support for Jeremy Corbyn grows, with heavyweights warning it risks a repeat of its 1981 split

Corbyn is failing by not winning an electoral landslide: 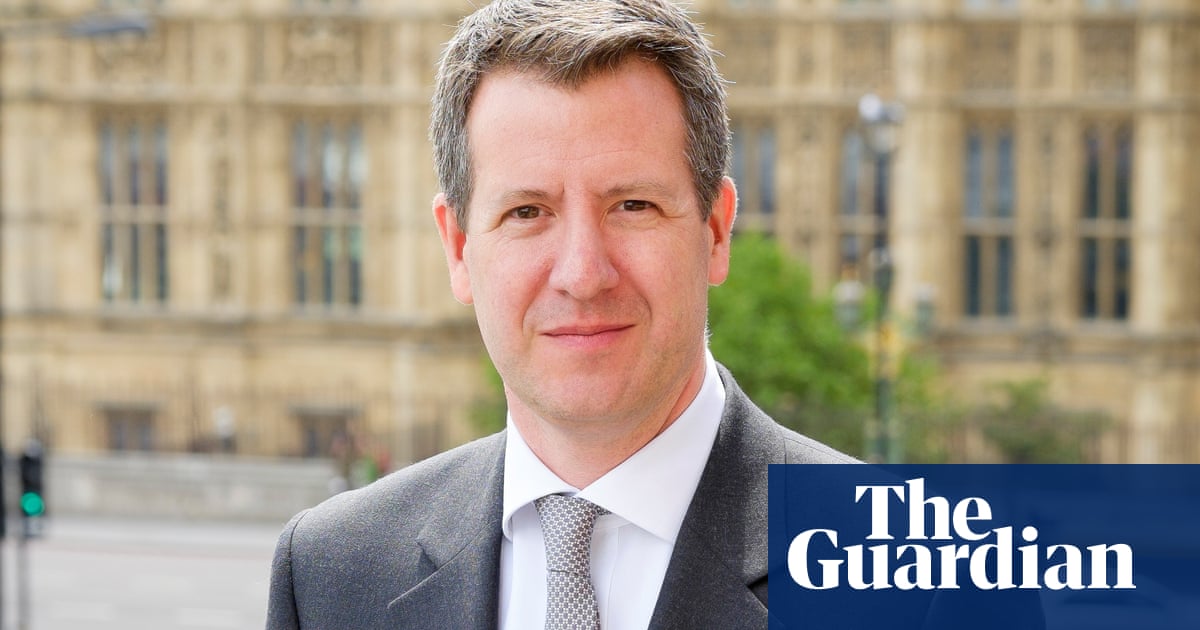 Labour should have won against May’s ‘open goal’, says MP Chris Leslie, former shadow chancellor, says party has to convince voters it can move from protesting about government to being it

Colin adds: I don’t have soundcloud, but you can buy my book – detailing the best football rivalry you have never fully appreciated:amazon.co.uk/Frying-Pan-Spa…

Oh yeah, and you can vote Labour on 12 December to help fix this country.

I don’t make any money from my work, and I’m not funded. You can help to support Politics and Insights by making a donation to help me continue to research and write independently and continue to support other people

7 thoughts on “The problem with Jeremy Corbyn? The ranting incoherence of the mass media”