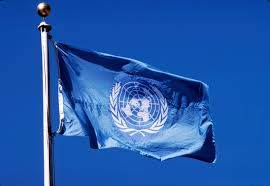 The United Nation’s Committee on the Covenant on Economic, Social and Cultural Rights (CESCR) announced on Wednesday there will be an inquiry regarding  how the UK government has “ensured austerity measures … do not disproportionately affect, in particular, disadvantaged and marginalised individuals and groups”.

This inquiry will address more than 30 topics on a very broad remit and include questions on the gender pay gap, youth unemployment, migrant workers and asylum seekers and trade union rights, with a focus on establishing whether the reforms have had a disproportional impact on lone parents, children and disabled people and also, whether the tax credit cuts will leave people without an adequate standard of living.

The Committee will also investigate what steps are being taken to cut the number using food banks and whether mental health services are adequate in the light of the cuts.

Last year, Olivier De Schutter (a United Nations Special Rapporteur on the Right to Food) pointed to increases in the number of food banks in developed countries such as the UK as an indicator that Governments are “in danger of failing in their duty to protect citizens under the International Covenant on Economic, Social and Cultural Rights,” (IESCR), which states that all citizens should have access to adequate diet without having to compromise other basic needs.

He said: “Food banks should not be seen as a “normal” part of national safety nets. They are not like cash transfers or food vouchers, to which people in need have a right under developed social security systems. Food banks depend on donations, and they are often run by volunteers: they are charity-based, not rights-based, and they should not be seen as a substitute for the robust social safety nets to which each individual has a right.”

Developed and developing countries alike have a responsibility to dedicate the “maximum available resources” to fighting poverty to fulfil the human rights they have promised their citizens by signing up to treaties, and it is here that the United Nations believes Britain is failing in its duties.

Iain Duncan Smith told the Work and Pensions Select Committee yesterday that he intends to place job advisors in food banks, indicating that the government considers charitable food banks are now a compensatory and integral part of welfare provision to indemnify against the inefficiencies and inadequacies of the Department of Work and Pensions (DWP), and to plug the gaps in increasingly woefully inadequate provision due to the punitive Tory cuts to benefits and harsh “reforms” of the welfare state.

It’s a retrogressive leap back to the patchy and discriminatory poor relief administered by a voluntary private nineteenth-century welfare system of charitable and voluntary organizations, which were a Conservative response to their sensitivity towards the wealthy, and ever-present fear of burdening rate payers with the costs of the stigmatised “undeserving, dependent” able-bodied pauper. But history has taught us that the socio-economic system which makes some people wealthy creates casualities also – it invariably creates situations of insolvency for others.

Iain Duncan Smith also presents a late recognition and tacit admission of a clear link between Conservative welfare policy, benefit sanctions, benefit delays, and the rise in food bank use, which was previously denied by the government. The rise in food banks is a direct result of punitive welfare cuts on social groups that are most in need of support.

The inquiry is part of a periodic review of all the countries that have signed up to the covenant, and a UN delegation of independent experts from several countries is set to hold public six-hour talks with government officials next summer.

The Equality and Human Rights Commission (EHRC) submitted a report to the UN Committee on Economic, Social and Cultural Rights this month, presenting its assessment of the implementation of socio-economic rights in the UK, which flagged up areas of concern, these include:

A United Nations spokesperson has said that although the review was launched because it was due, rather than in response to a particular concern, representatives from Just Fair, a consortium of 70 UK charities and NGOs, met with the CESCR in Geneva a fortnight ago to discuss concerns about the erosion of rights to food and housing and the economic and social rights of disabled people.

Jamie Burton, the chair of Just Fair, said: “The decision of the committee to investigate these issues is timely and welcome. We and many others are concerned about the adverse impact austerity policies have had on the least well-off and already marginalised in society, including those in work.

“In the one of the richest countries in the world, people do not have enough food to eat or decent housing to live in. Worst of all, the measures have hit children, single mothers and people with disabilities the hardest. As the tax credits scandal shows, the public is turning against these policies precisely because they are so unfair.”

The United Nations Committee on the rights of persons with disabilities is holding seperate confidential hearings in the UK as part of an investigation into the effects of welfare cuts, during which it will speak to campaigners, lawyers and service users. This inquiry was triggered as a response to an emergency situation, regarding allegations of “grave and systematic” violations of the rights of disabled people.

In her report – which urges States to make their social protection systems more inclusive – she says:  “While adopting austerity measures, some countries make budget cuts that have a profound impact on the livelihood of persons with disabilities and their right to live independently in their community.”

The Special Rapporteur reminded the States that it should refrain from adopting measures that are deliberately regressive in the exercise of the right to social protection.

She goes on to say: “Inclusive social protection is essential to achieve the new Sustainable Development Goals. The inclusion of persons with disabilities in social protection systems is not only a question of rights, but also a crucial step to move towards the proposed new SDGs: end poverty in all its forms everywhere; ensure healthy lives and promote well-being; ensure inclusive and equitable quality education; achieve gender equality and empower all women and girls; and reduce inequalities.”

Here in the UK, the government are dismantling the gains of our post-war settlement, and taking money away from those with the very least and justifying this by claiming the alternative would be to burden our children with a national debt. But the excuse of “paying down the debt” is a flimsy one, given that it is actually growing under the Conservatives, resulting in a regressively punitive welfare, low pay, low income tax receipt society.

Yet the Conservatives are quite happy to condemn so many of the next  generation to a future of lost opportunity and entrenched poverty, stripping them of dignity and contravening their fundamental human rights. Cameron claims that he will address poverty, yet continues to cut the income of those with the least. Meanwhile, under this government, the privileged class is treated to handouts in the form of tax breaks and endless financial perks.

Further untenable proposals for reductions to welfare funding, including in-work benefits, and more cuts to public services, shows clearly that the burden of reducing the deficit – a self-imposed moving goalpost of this government – falls only on the poorest, whose modest funds are considered by this government as the disposable income of the Treasury.

The cuts that target the poorest are intentional, ideologically-driven decisions, taken within a context of other available choices and several more humane options.