Over recent months, MPs on both sides of the House of Commons have pleaded with the Government not to go ahead with transferring claimants from existing benefits to the much troubled Universal Credit until it can guarantee that every claimant would be migrated safely onto the new benefit and none would be left without money.

Today (4 November) the Commons Work and Pensions Select Committee is publishing correspondence with Alok Sharma MP, Minister of State for Employment (see below), about the Government’s plans for moving people claiming existing benefits onto Universal Credit, ahead of new rules on so-called “managed migration” being laid in Parliament. The Government announced in October that “managed migration” of claimants on to Universal Credit, originally intended to begin in early 2019, would be pushed back.

The Government’s original plans have been widely criticised by front-line charities and others, with predictions that vulnerable people could be plunged deeper into poverty and even that some people entitled to benefits could be left with no income whatsoever. The rules have been subject to a review by the Social Security Advisory Committee (SSAC), who presented their report to DWP earlier in the autumn.

In a hearing on 18 October, the Committee asked the Minister to commit to sharing the new version of the rules with the Committee before it was formally given to Parliament, to allow the Committee to determine whether the serious concerns already raised about the plans, including in evidence to the SSAC, have been addressed. In the response being published today the Minister refuses that request.

The Chair has urgently written again to the Minister (also attached), saying: “Given the strength of the concern about the draft regulations published in June… we can only hope that the revised version has changed beyond recognition […] if the Government has accepted the SSAC’s advice, and has fully addressed the very serious concerns expressed to the SSAC during its consultation, then our scrutiny could be very quick and need not cause any significant delay. Might I therefore ask please whether you could urgently reconsider this decision?”

“Having got it so disastrously wrong with its first attempt, you’d think that the Government would want to make sure its plans to move vulnerable people onto Universal Credit stood up to robust scrutiny. Instead, it is choosing to push these regulations through Parliament with no chance for MPs to make amendments.

That hardly inspires confidence that it has really made the changes needed to ensure that its actions won’t plunge people deeper into poverty. If its new plans don’t have enough safeguards to protect the vulnerable, then MPs will be left with no option but to vote them down.” 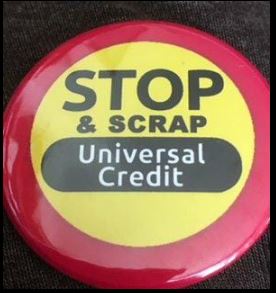